10 Tips to Make a Taurus Man Obsessed with You 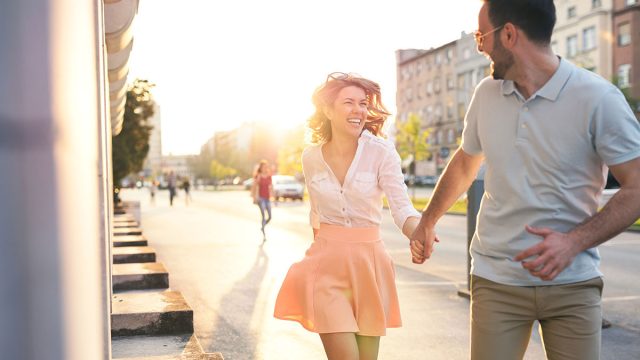 If you are dating or have a crush on a Taurus guy, then you are probably wondering how you can make a Taurus man obsessed with you.

How can you get him eating out of the palm of your hand?

If you want to win over a Taurus guy, you need to know his likes and dislikes in a woman.

What traits does he find desirable, and how can you prove to him that you’re perfect for him?

When you understand his zodiac sign’s personality traits and behaviors, you will know how to make a Taurus man follow you around like a lovesick puppy.

1. Clean and Organize for Him

Taureans are usually very tidy and they can’t relax in a dirty, cluttered environment. A Taurus man isn’t attracted to a woman who doesn’t pick up after herself.

If you want to know how to attract a Taurus man, you’ve got to be clean and organized.

Your Taurus guy needs to see that if you end up living together, you will have a tidy home because you’re a neat freak just like he is.

To make your Taurus guy obsessed with you, you should take your cleaning tendencies a step further and clean up after him.

A Taurus man doesn’t necessarily love the act of cleaning, but he definitely appreciates the outcome.

If you take some chores off of his plate by washing his dishes, making his bed, or wiping down his bathroom, he is sure to notice and become infatuated with you.

This weird thing makes Taurus men lose interest... Here's how to make them stay in love.

2. Lavish Him With Compliments

If you’re wondering what to say to a Taurus man to make him obsessed with you, you should give him lots of compliments.

Taurus men are very encouraging and supportive, so they always have a kind word or compliment for their loved ones.

You can impress him by returning the favor and being as sweet and adoring as he is.

Don’t be stingy with compliments; instead, any time you think of something nice about him, tell him or send him a message if he’s not around.

If compliments don’t come naturally to you, make it a point to say something nice to him at least once every day.

3. Be Romantic and Sensual

Taureans are very tactile and sensual, so they need a partner who is affectionate. They require physical touch to feel loved and secure in a relationship.

If your Taurus man touches you a lot, it’s his way of expressing interest. Make sure you speak his love language and reciprocate his signals by touching him back.

Hold his hand when you’re walking or sitting together, and shift closer to him any time you are standing or seated next to one another.

Run your fingers through his hair, place your hand on his arm when he talks to you, and rest your head on his shoulder.

When he can’t keep his hands off of you, it’s one of the signs a Taurus man is in love with you. Touching him back is a way to make him obsessed with you.

Each astrological sign rules a “house” of the zodiac that reveals something important about that sign’s personality.

Taurus rules the second house, which is the house of money, habits, and work ethic. This tells us that Taureans are hard workers and ambition is one of the typical Taurus man traits.

Because he is so driven to succeed, a Taurus guy can’t respect or fall in love with a woman who is lazy and unmotivated.

If you want him to be obsessed with you, you need to show him that you’re just as ambitious as he is.

Tell him about the promotion you’re trying to get at work, the creative project you are working on, or your fitness goals.

Show a Taurus man your plans for how you will make your dreams a reality, and he won’t be able to help but fall for you.

The truth about a Taurus man is that he prioritizes work, sometimes even over his relationship.

He needs a partner who respects and appreciates his work ethic instead of nagging him to spend more time with her because he’s always at work.

If you want to make your Taurus guy obsess over you, demonstrate how much you admire his work ethic by supporting him.

Send flowers or a gift to him at his office, or prepare his favorite meal and surprise him by bringing it to his work to eat lunch with him.

Don’t make him feel guilty when he has to work late and instead focus on making the time you have together as fun and relaxing as possible.

He will get obsessed with you when he sees how understanding and supportive you are and that you admire his work ethic instead of resenting it.

Taurus men love spending quality time at home with their loved ones, but they are also nature lovers.

The best match for a Taurus man is a woman who appreciates nature and loves spending time outdoors.

You can make your Taurus man obsessed with you by planning activities you can do together outside.

Take your Taurus guy hiking in the woods or swimming in a lake. Plan a weekend camping trip or an afternoon exploring the park.

When you encourage him to get outdoors and spend more time in nature, he won’t be able to help but become obsessed with you.

Taureans are quite sentimental and romantic, even though they often try to hide behind their practical and logical disposition.

You can make a Taurus guy obsessed with you by helping him explore his sensitive side and creating something meaningful together.

Ask your Taurus man to work on an art project with you like painting a mural on your wall or making a decorative frame for a photo of the two of you.

He will enjoy the process of collaborating with you and he will love that you bring out his creative side.

He will also become emotionally attached to whatever you make together and will think of you every time he sees it.

8. Be Honest and Direct

Taureans are very truthful and can even be brutally honest. They are uncomfortable with lying and sometimes are tactless in their delivery of painful truths.

If you want to know how to handle a Taurus man, you should always be honest and straightforward with him.

He is honest and direct and he expects the same from his loved ones. If you lie to him and he catches you, it will set you back in your relationship.

Taureans also aren’t particularly subtle, so don’t be passive-aggressive or drop hints with your Taurus guy. Instead, say what you mean and don’t expect him to read your mind.

When he can relax and be himself around you without having to watch his words or filter himself, your Taurus guy will fall head over heels for you.

9. Don’t Rush or Pressure Him

Taurus men are often misunderstood as having commitment issues because they are notoriously slow to commit to monogamous relationships.

But this isn’t because a Taurus guy always wants to play the field or has a problem with settling down; in fact, he yearns to find a steady, stable relationship.

A Taurus man is slow to commit because he takes his promises seriously and wants to make sure he finds the right person before settling down.

If you want your Taurus guy to get obsessed with you, be laid-back when it comes to the timeline of your relationship.

You shouldn’t pressure him to make a commitment, especially if you’re still in the early stages of dating a Taurus man.

If he hasn’t asked you to be his girlfriend after several dates, don’t assume it’s a sign that your Taurus man doesn’t want a relationship with you.

If he is spending time with you, it means he is interested in you. The more patient you are about getting a commitment from him, the more he will want you.

Captivate a Taurus man, make him fall in love, and give you the world...

Taurus men are very practical and logical and they can’t stand drama. They can be stubborn, but they are usually non-confrontational.

A Taurus man would rather have a partner who is calm and stable rather than overly emotional and unreliable.

If you prove to your Taurus man that you can be a calming force in his life, you will win him over and he will become obsessed with you.

When he calls you with an emergency, don’t panic or stress him out further. Instead, speak slowly and calmly to help him handle the problem.

If he is in a crisis and needs your support, be his rock. Be loving and encouraging, and show him he can count on you.

When he sees that you are there for him no matter what and that you know how to keep your cool, your Taurus man will become addicted to you.