How to Make a Scorpio Man Chase You 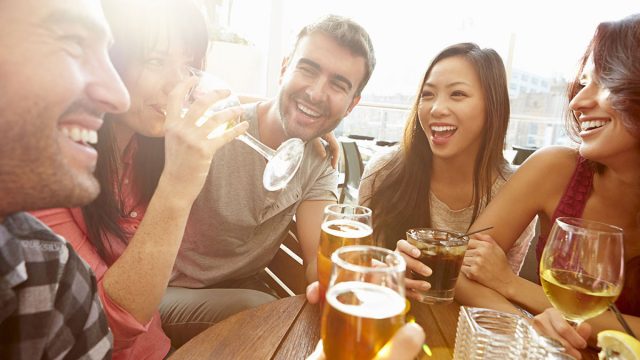 If you want to make a Scorpio man chase you, you’ve got to be patient and clever.

He can run hot and cold, so resist the temptation to pursue him when he gets quiet. The trick is to pay less attention to him.

You need to know how to make a Scorpio man miss you if you really want him to chase you. He enjoys the thrill of pursuit. If he’s not chasing you, you may be trying too hard.

Sometimes the best thing you can do is give him space. When you know how to be discreet, you’ll know how to make a Scorpio man obsessed with you.

If you want to know how to make a Scorpio man chase you after a breakup, it can be a matter of ignoring him. Pretend you’re living your best life. Let him miss you.

When you see the signs that a Scorpio man has feelings for you, it’s best to remain reserved. Don’t go all out making him think you’re available. Let him guess at how you feel.

Scorpio men love mystery and drama. Leave him clues to follow. Let him play detective on his way to your heart. If you make courtship too easy for a Scorpio man, he’ll become bored and lose interest.

When a Scorpio man wants you, he’ll patiently follow the breadcrumbs you leave for him. He’ll want to piece the puzzle together as he gets to know you. You don’t need to open up all at once.

Let him work for the attention you give to him. This may seem like it will deter him but just the opposite. It will actually make a Scorpio man more insistent on getting to know you. He’ll assume your life is filled with exciting secrets.

Tempting a Scorpio man with secrets and mysteries is one of the best ways to get him to chase you. He will want to know that you have a deep, inner world that he can discover. Keep secrets and he’ll feel compelled to chase.

The biggest mistake women make when they fall in love with a Scorpio man is to become an open book. This will turn him off because there is no longer a mystery to unlock.

When he feels like he knows everything about you, a Scorpio man sees no more need to chase you. He’ll feel like he knows all about you and will put his attention elsewhere.

To avoid this trap, always keep him guessing. Don’t be too obvious and avoid being predictable. Scorpio men are drawn to secrets and enigma. Let him think you are filled with many layers of mystery.

If you want to know how to make a Scorpio man chase you, don’t just be secretive about your own life. Act discreet about his life as well. Keep his secrets, even if you don’t think information is “secretive” pretend it is anyway.

You’ll encourage the trust of a Scorpio man if you act like you’re his therapist. That is, if you take an oath of confidentiality and make it clear his secrets are safe with you. When he sees that you use good judgment and are discreet, he’ll pursue you.

This is because Scorpio men trust very few people. When they do feel they can put their trust in someone, they will guard this relationship possessively. They may even become overprotective and obsessive.

You don’t have to do much to be effective when you use this strategy. In fact, the very nature of this strategy is to adopt the idea that less is more. The less you gossip or speak about others, the more a Scorpio man will chase you.

He’ll assume you respect boundaries and can be trusted to be discreet. This is one of the biggest things a Scorpio man will look for in a woman.

When a Scorpio man touches you in public or makes it a point to be seen with you, chances are, he sees you as successful and wealthy. Scorpio men are attracted to wealth and power.

Even if you are a bargain shopper, show your Scorpio man that you recognize quality and can appear wealthy, even if you’re not. Act like you are powerful and confident.

This will also get a Scorpio man to chase you. He wants to be among the people who are popular and in control. It makes him feel more valuable personally.

He is image conscious and can be materialistic. When you give the appearance of wealth and status it gets his attention. He’ll want to be with you.

If you see signs a Scorpio man is playing you, you need to immediately act like you are uninterested in him. Instead, shift your attention and focus on your friends and social circle. Make it clear you’re in demand.

A Scorpio man will think twice about taking you for granted if he sees that you are popular. Show him that you have a large following, on social media or in person. Pretend you’re busy when he calls.

This will make him rethink how he treats you. A Scorpio man will start to chase you when he thinks you are highly popular and when you have social status.

If you want to know how to make a Scorpio man fall in love with you, the key is to not be too available. If he has to chase you because your social calendar is full, this will encourage his attraction to you.

Get your Scorpio man back after a breakup thanks to this short video.

Send him an occasional flirty, sexy selfie. Make the most of your physical features, especially your eyes. Stare at him seductively. This triggers his chase instinct.

Scorpio men can be highly sexual. One of the ways to get him to chase you is to play on his arousal and desire for intimacy. Remind him of romantic and sexual encounters you’ve had or tempt him with fantasies of future ones.

Play Hard to Get

If you’re serious about getting a Scorpio man to chase you, you can’t make it too easy for him. Play hard to get. Make him take initiative. If you’re always the first one to text him, you don’t have a real relationship.

The sure sign a Scorpio man is really interested in you is when he chases you. Yet if you’re too receptive and too available, you don’t give him a chance to chase you. Don’t call him before he can call you.

When you play hard to get, you trigger your Scorpio man to instinctively pursue you. Don’t reward him by breaking the momentum and becoming too available. Continue to remain just out of reach.

A Scorpio man will be compelled to chase you when he sees that you are witty and intelligent. He’s attracted to smart, savvy women. Show him you are his intellectual peer.

Stay current on politics and world events. Be well read and knowledgeable on many subjects. When a Scorpio man sees you as intelligent, he’ll rush to be by your side.

You can also flaunt your intelligence by challenging him to a Trivia Night date. Engage him in intellectual conversations. Don’t feel like you need to dominate him or have the last word.

Let him learn from you but don’t be too overbearing. He doesn’t want to feel like you are patronizing or condescending toward him.

Stand Out from the Crowd

A Scorpio man will chase you when there is something remarkable and unique that makes you stand out from the crowd. Show him that you aren’t like other women.

Break the rules and keep him guessing. Don’t let him think he has you all figured out. Show ambition in your career and flaunt your successes.

When you stand out as exceptional, he’ll want to be with you. This is in part because he sees your successes as a representation of his own value and self-image. Put another way, he wants to know that you’ll make him look good.

A Scorpio man wants to be with the woman who walks into a room and instantly commands everyone’s attention without saying a word. When you know how to make a dramatic entrance, he’ll be hooked.

Make a scene without embarrassing him. Be dramatic and bold. Like Cinderella, cause a stir and leave a lasting impression on him.

Keep people guessing and talking about you because of your striking appearance, confidence, success or other ability to capture attention without even trying.

This magnetic attraction energy is something a Scorpio man associates with power. This will make him want to be with you even more. A little spontaneity and reputation as a carefree spirit will entice a Scorpio man to chase you. He’ll be intrigued by your dramatic nature.

Are Scorpio Men Loyal?10 Tips on How to Make a Scorpio Man Miss You
Hello, I'm Liz