10 Tips to Make a Pisces Man Obsessed with You 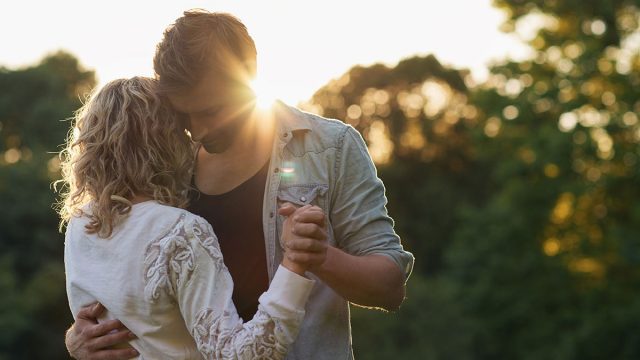 If you want to make a Pisces man obsessed with you, then you need to know his likes and dislikes in a woman.

What can you do to show him that you are the one for him?

You don’t have to do anything crazy to prove yourself to a Pisces guy. You just need to know his sign’s preferences in love to make him want you.

Does he like a meek and submissive woman, or does he want someone dominant and assertive? Would he rather date a touchy-feely woman or someone who likes a lot of personal space?

By learning more about his zodiac sign, you can find out everything you need to know to make a Pisces man obsessed with you.

1. Don’t Hide Your Feelings for Him

If you want to know how to make Pisces man chase you, then you need to let him know that you’re interested in him.

A Pisces man will pursue a woman he likes, be he doesn’t want to feel like a fool if she doesn’t like him in return. Encourage your Pisces guy when he chases you, and don’t play too hard to get.

Some signs want to be the pursuer and lose interest when someone chases them back, but not a Pisces.

He’s not looking for someone coy and reserved, and he much prefers a woman who is open and honest about her feelings for him.

Don’t be afraid to tell him how you feel or make the first move. Your Pisces guy will appreciate your willingness to be vulnerable and he’ll be flattered by your attention.

Each sign of the zodiac has a unique symbol, usually an animal, that tells us something important about that sign’s personality. The symbol for Pisces is the fish.

Just like a fish, a Pisces guy goes with the flow, following the current or his fellow fish. Pisces men are usually super laid-back and easy-going.

While this makes them very easy to be around, it also means that people often try to control or take advantage of Pisces men, mistakenly viewing them as weak.

A Pisces guy wants a woman who appreciates his laid-back nature but doesn’t try to control him. He’s happy to go along with whatever his partner wants most of the time, but he doesn’t appreciate being bossed around or manipulated.

A Pisces man gets obsessed with a woman who is as easy-going as he is. If you are naturally more high-strung, take a cue from your Pisces guy and try to go with the flow sometimes.

Since they are so laid-back and easily swayed, it’s tough for a Pisces guy to make a decision, no matter how insignificant the choice may be.

Whether it’s choosing what to have for dinner or a political party, your Pisces guy sees the good in every option, making it nearly impossible for him to make a choice.

If you are wondering how to keep a Pisces man wanting you, show him that you add value to his life by helping him make tough decisions.

When he can’t choose a shirt to wear on your date, have him hold up each one and then choose the option that looks best with his eyes.

If he is looking to buy a car, sit down with him, and make a list of the pros and cons of different models. Help him do the research and make a decision he feels good about.

When he learns he can trust you to help him make any decision, great or small, your Pisces man will become completely obsessed with you.

Pisces men are endlessly generous, particularly with their loved ones. There is nothing a Pisces guy won’t do and no amount of money he won’t spend to help other people.

If you want to know how to make a Pisces man love you, you need to prove to him that you are as generous and unselfish as he is.

A Pisces man is old-fashioned and traditional, so he prefers to pay for your dates, but that doesn’t mean you can’t offer to chip in.

When a Pisces guy likes you, he buys you gifts and offers you tokens of his affection. Take a page out of his book and treat him to little presents just to show you’re thinking of him, too.

Pick up his favorite snacks when you go grocery shopping, or if he mentions he needs a new wallet, order one for him. He will get obsessed with you when he sees how generous and giving you are.

Pisces men are humanitarians and they care deeply about other people. They want to make the world a better place and see it as their purpose in life.

Make your Pisces guy want you by showing him that you have the same dreams and goals for the world as he does.

Talk to him about starting a recycling program in an area that needs it, or invite him to volunteer at a homeless shelter with you.

Tell him about an experience you had doing something for someone else that was meaningful to you and changed your perspective.

Your Pisces guy will fall madly in love with you when he sees that you have as big of a heart as he does.

Pisces men use several love languages, and one of them is words of affirmation. One of the signs a Pisces man is interested in you is that he showers you with praise.

When a Pisces man has a crush on you, he notices all of the little things about you and is fascinated by everything you do.

He likes every part of you, even the things that you don’t like about yourself or embarrass you.

Although he’s great at building up the people around them and making others feel good, a Pisces man tends to have low self-esteem and suffers from insecurity.

If you want to make a Pisces man obsessed with you, be his biggest cheerleader and lavish him with compliments.

7. Plan a Future Together

A Pisces guy is rarely looking for a fling because what he really wants is to find his forever partner.

When your Pisces guy likes you, he starts imagining a future with you. You can make him want you by being dependable and showing him that you want the same things in life as he does.

Tell him about how many children you want, your career goals, and what your dream home would look like.

He wants a partner who is determined and ambitious so he can clearly picture a future together. Let your Pisces man know that you can imagine a life with him, and he will want you more.

8. Show Off Your Creativity

Pisces is one of the most creative and artistic signs of the zodiac. Pisces men often work in the arts or at least have a creative hobby they spend a lot of time doing.

You can connect with your Pisces guy and get him to want you by showing off your creative side or collaborating on a project together.

If you are an excellent writer, write a love poem for your Pisces man. If you are a skilled painter, paint a portrait of him or of something he loves.

You can also try doing something creative together, like taking a ceramics class or painting a mural on a wall in your home.

Showing him your creativity makes him feel like he has something in common with you and lets him see how you express yourself, making your Pisces guy obsess over you.

9. Give Him Alone Time

If you’re wondering how to make a Pisces man miss you like crazy, then you need to give him some time alone.

Although they crave being surrounded by their loved ones, Pisces men are usually introverted.

If he asks for some time to himself to recharge, don’t worry that he’s losing interest or that it’s one of the signs a Pisces man is playing you.

You can’t make a Pisces man miss you if you never spend any time apart. Just don’t go too long without talking to him and make him feel rejected, because that’s what happens when you ignore a Pisces man.

A Pisces man will do anything for love and he always makes his partner his first priority.

When he drops whatever he is doing and puts you first, it’s one of the signs a Pisces man is in love with you.

Because he is so dedicated and devoted, a Pisces man expects the same treatment from his partner. When he asks for your help, you need to stop whatever you are doing and rush to his side.

If you have plans for a double-date with a couple of friends but your Pisces guy is sick, stay home and take care of him instead of flying solo and leaving him behind.

Show him how important he is to you and that you put him first, and your Pisces man won’t be able to help but become obsessed with you.