8 Tips on How to Make a Pisces Man Miss You 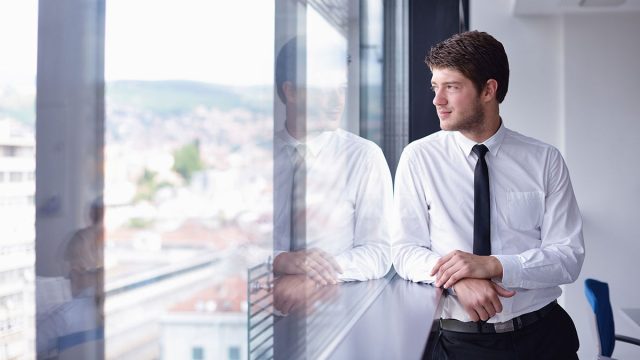 To make a Pisces man miss you, you’ve got to know how to appeal to his sensitive and emotional nature.

When you understand his personality, you can keep him hooked on you. He will miss you when you know how to push his buttons.

A Pisces man can be motivated by his desire for deep, emotional connection. He wants to be with you forever when he’s in love. It isn’t hard to make him miss you.

A Pisces man will want to be with you when you remind him of your kind, compassionate and romantic nature. He may misread your signals when you’re not around, so you have to be strategic.

1. Resist the Urge to Call

If you want to know how to make a Pisces man miss you after a breakup, you’ve got to resist the urge to call him. Don’t reach out to him, no matter how tempting, at least for a few days to a week. If you continually pursue him, he won’t miss you.

He needs time to be on his own and to appreciate by contrast how much the relationship meant to him. A Pisces man can take his love interest for granted. If you resist the urge to call first, initiate conversations through text or pursue him in any way, he’ll miss you.

If you want to know how to make a Pisces man miss you like crazy, the key is to give him some space, as hard as that may be. A Pisces man needs to feel what life is like without you in order to realize just how much he misses you.

Don’t be too eager at first. A Pisces man can be flattered by a woman who is willing to outright pursue him. But if he sees that you are all too eager to chase him, a Pisces man will put less effort into the relationship. He’ll start to become complacent.

This won’t help him to miss you because he’ll take for granted that you always come back. Once in a while it is best to make a Pisces man wonder about your intentions. Don’t be too responsive all the time. Give him a chance to miss you by not always being there for him.

What happens when you ignore a Pisces man is that he will start to become more aware of how much he loves you and how much he misses you. If you take your time responding to his texts, he’ll start to miss you.

Don’t be in a hurry to text back. If you do, your Pisces love interest will assume a few unflattering things about you. He will assume you don’t have a life, that you’re sitting around waiting for him, or that you’re too enthusiastic about the relationship.

He’ll also assume, even if he never admits it, that you are at his beck and call. Once he has this thought in his head, a Pisces man may inadvertently start to take you for granted. He will start to expect you will respond to him instantly.

At the same time, he won’t always put the same effort into responding to you. He may take your presence in his life for granted and will not have the chance to miss you. He also won’t remember what life was like without you.

Waiting for a short time before replying helps to keep a Pisces man on his toes. Giving him a longer period of time before responding is a good way to shake things up and keep him from getting too comfortable.

If you’re wondering how to make a Pisces man feel guilty, one of the best things you can do is to act aloof. When you show indifference, he will take notice. This is almost as bad as ignoring him.

A Pisces man will feel personally impacted by your aloof demeanor and will instantly start to wonder what he did wrong. He will also start to miss you, even if you are still in communication with him.

This is because a Pisces man craves deep emotional connection and assumes he will always have a strong intimate connection with you. When you step back, even a little, or when you show indifference to him, he will feel as if you have rejected or abandoned him.

For this reason, you only want to use this strategy when it is essential to make him miss you. Relying too often on this tactic will only make him doubt you care about him at all. A Pisces man will not want to be strung along if you are consistently aloof.

When you act aloof, you restrict your emotional expression and this puts a Pisces man on high alert. He relies on such emotional connection to feel secure with you. Playing aloof will make him miss the emotional bond he felt before.

4. Connect with Him Deeply

In contrast, when you are sure to forge a deep connection with a Pisces man, you’ll give him a strong feeling of security and intimacy. How does this make him miss you? When you pull back, or when he wanders off, he’ll miss the strong connection.

By creating a powerful bond with a Pisces man, you stand out in his mind as someone remarkable and exceptional. He’ll miss you because you won’t be fulfilling this deep desire for emotional connection.

He craves this level of connection so once he has it and then it is removed, he’ll feel as if he is withdrawing from a drug. This will make him miss you and chase you to regain the original intense and comforting feeling he had in the first place.

How does a Pisces man test you? Sometimes he will step back just to see how you will respond. But if you give him some space, he will start to feel a void where he was once close to you. This will make him miss you.

If you want to know how to make a Pisces man come back to you, know that he is ruled by his feelings. He needs to feel validated and will always miss a woman who makes him feel comfortable.

When you go out of your way to understand and validate his feelings, a Pisces man will come to see you as his best ally. He’ll miss the validation he got from you when you are not around.

In a sense, you are encouraging your Pisces man to see you as his source of emotional validation. You didn’t cause him to be emotionally dependent, this is something he naturally does on his own. But you are leveraging this pattern to your own advantage.

If you want to know how to keep a Pisces man wanting you, don’t be too predictable. If a Pisces man feels like he has you all figured out, he’ll become bored and won’t give you the attention and validation you deserve.

If you want him to miss you, you have to change up your routines. Let your Pisces man see that you are full of surprises. Don’t deceive him and be careful not to make him feel too unsettled.

Yet when you use the element of surprise strategically to keep a Pisces man guessing, you can trigger his deeper emotions and encourage him to miss you. He may have to stay on his toes in order to really figure you out. This makes him crave your attention.

When a Pisces man is done with you, he’ll definitely let you know. He’ll drop all communication and ghost you. Yet there are certain people a Pisces man will never want to break away from.

If you are a woman who is exceptionally understanding, a Pisces man will never want to lose you. He’ll chase you and do all he can to make you happy.

A Pisces man knows how hard it is to really connect with someone who understands his many ups and downs. When a Pisces man sees that you are always there for him, he will miss you when you’re not around.

He’ll miss the easy connection he feels to you and will long for the time when he can be with you again. He will want to be around you because you are so understanding and compassionate.

If you want to know how to make a Pisces man miss you, you’ve got to encourage his fantasies. Pisces men are drawn to women who inspire their artistic nature. They will chase women who fuel their desires.

When you show him that you believe in his bigger dreams and encourage him to make his fantasies into reality, a Pisces man will know he’s met his match. He’ll want to spend every moment with you.

You can become the object of his desires by encouraging a Pisces man to chase you. Encourage his fantasies in bed as well. When a Pisces man feels confident that you believe in him, he’ll want to pursue you.