How to Make a Pisces Man Chase You 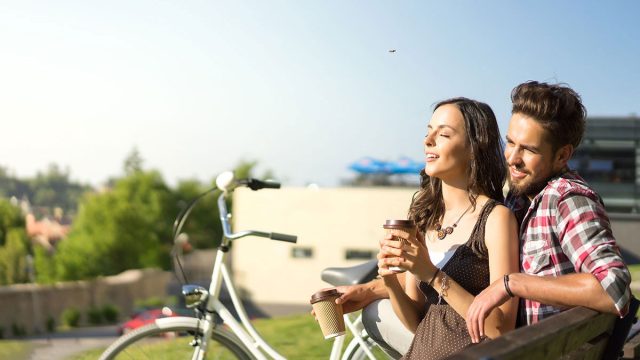 He won’t feel the need to pursue you if you are trying too hard to get his attention.

If you want to know how to make a Pisces man chase you after a breakup, you’ve got to appeal to his romantic attachment. Chances are, he’s still attached to you.

What happens when you ignore a Pisces man immediately after a breakup is that you give him a chance to miss you. He’ll second guess his decision to break up with you.

Don’t Do All the Work

How does a Pisces man test you? He’ll step back and see if you fight for him. This can result in a pattern in which you do most of the work in the relationship and he comes to feel smothered.

Though this pattern is largely of his own making, it will turn a Pisces man off in time. It’s far better to give a Pisces man some space and not do all the work in the relationship. Even when he breaks up with you.

Don’t panic, instead, let your Pisces man show that he is now going to put effort into upholding the relationship. If you know how to keep a Pisces man wanting you, the key is to not give in too soon.

Instead, let him sit with his emotions after a breakup. This is the only way he will realize how much he misses you and really wants you back. Give him a chance to miss you and he’ll usually come around.

Let Him Take His Time

If you want to know how to make a Pisces man want you, you need to give him a taste of what life is like without you. Though you may want to rush in and convince him he’s made a mistake, the best way to convince him to come back is to leave him alone.

Sometimes this takes him more time than you may have expected. It may not happen in a day or two. A Pisces man needs to work through his deep and conflicted emotions and then also realize how lonely he is without you.

When a Pisces man is done with you, he may not actually be completely out of love with you. Sometimes, he just needs a break but thinks he wants a breakup. When you act like an enigma you can get him to chase you.

Be a mystery to him. Pisces men are attracted to the deep, esoteric and emotional. The more you can appeal to his love of the mystical and mysterious, the more you will tempt a Pisces man to chase you.

The first step to be being an enigma to a Pisces man is to be hard to figure out. Don’t let him see how much you care, keep him guessing. Don’t outright discourage him, but send enough mixed signals to make him curious.

Don’t let him feel like he has you all figured out. At least not right away. He’ll need to chase you to try to get to the bottom of the riddle you’ve created. This will appeal to a Pisces man’s desire to overcome confusion and find connection.

If you want to know how to make a Pisces man chase you, show your optimistic side. Pisces men are childlike in the sense that they love stories that end happily. They believe in following the rainbows and looking for silver linings.

A Pisces man who sees that you also have a knack for looking on the bright side of life will be eager to chase you. He’ll want to be surrounded by your positive energy. Be optimistic and you’ll encourage a Pisces man to pursue you.

The more you focus on the positive, the more a Pisces man will chase you to be part of your life. He’ll seek you out to be inspired and encouraged by your optimistic energy.

If you want to know how to make a Pisces man feel guilty, you’ve got to understand his deep desire to please others. Another way to get him to chase you is to keep him guessing.

If he doesn’t know how to please you and is attracted to you, he’ll pursue you as a means of trying to figure out how to make you happy. This will equate to a Pisces man chasing you.

He’ll become more excited to pursue you if he feels like you have deep and conflicting feelings that he needs to sort out and heal. Pisces, as natural healers, are drawn to people who are wounded.

Although he doesn’t like to be surrounded by negativity, a Pisces man can’t resist a woman who is in need of healing energy. When you keep him guessing and surprise him, you’ll make a Pisces man want to pursue you so that he will be the one person who can get through to you.

Change your look, take different perspectives on important opinions. While some guys will see this as flip-flopping and being inconsistent, a Pisces man will be intrigued. He’ll want to understand your complex nature.

This is a strategy that should not be used lightly. Sometimes, Pisces men respond to drama even when they don’t respond to more positive attempts to get their attention. This tactic can backfire, however.

Only use this as a last resort. Create conflict, drama or chaos to appeal to a Pisces man’s instinct as an emotional healer. Pisces men can be attracted to women with issues like moths are drawn to a flame.

Showing a Pisces man that you have unhealed emotional wounds can compel him to chase you. This makes him want to be the one person who can heal your broken heart, your addictions and your past traumas.

Use this tactic sparingly, though. It can also deter a Pisces man from wanting to be in a long term relationship with you. If he sees you as all drama and not stable enough, he can be turned off and give up on the relationship, rather than chasing you.

Show Your Compassionate Side

A Pisces man is drawn to women who are empathetic and compassionate. One of the most positive and endearing ways to get a Pisces man to chase you is to show how compassionate you are. Be kind to everyone, even strangers.

Let him see that you donate to charities and volunteer your time at shelters or other nonprofit agencies. Show your Pisces man that you empathize with people and animals. In particular, be kind to the elderly and to children.

When a Pisces man sees how kind and loving you are, he’ll be in hot pursuit. He won’t want to lose out on the chance to be with you when he sees that you are a kind and generous person. When you encourage others to be more loving, it’s an even bigger bonus to a Pisces man.

He is charmed by a woman who is loving and considerate of others. Not just people who are friends or helpful, but even toward those who are unkind to you. Be compassionate to your adversaries and to people you don’t even know and a Pisces man will notice.

Don’t Be Too Available

One of the most difficult things for many women to do when they love a Pisces man is to follow this strategy. If you really want a Pisces man to chase you, though, you’ve got to give him room to run. Otherwise, he simply can’t pursue you. You have to be a moving target.

Don’t be too available. Give a Pisces man the opportunity to step up to the plate by first backing away from him. Use this tactic with discretion, though. If you’re never available, he’ll read too much into your absence.

He’ll assume you’re not interested. Instead of always turning him down, let him see that you are busy. Take him up on some offers for a date, but then be busy at other times.

This will encourage him to chase you. It will also remind a Pisces man that you have a life and that he has to work a little harder to get your attention. This is good motivation for him, because he can become complacent.

10 Tips on How to Keep a Pisces Man in a Happy RelationshipDo Pisces Men like Public Display of Affection?
Hello, I'm Liz