9 Tips on How to Make a Capricorn Man Miss You 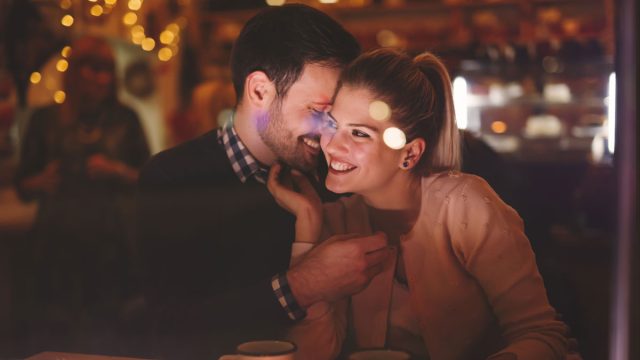 If you want to know how to make a Capricorn man miss you, you need to know what he values in a romantic partner.

What can you do to make him pine for you when you’re not around?

There are many reasons why you might want to make a Capricorn guy miss you.

Perhaps you want to know how to make a Capricorn man miss you after a breakup, or maybe you just want him to notice how much he appreciates you when you’re not in his presence.

You will understand how to make a Capricorn guy miss you by learning about his astrological sign’s personality traits and psychological characteristics.

As a very practical zodiac sign, a Capricorn guy likes to express his love by doing chores for his partner, and he appreciates the same in return.

You can make your Capricorn man miss you when you’re not around by making his life easier and more convenient when you’re in his presence.

After having dinner at his place, clear the table and do the dishes without being asked. Make the bed in the morning after you spend the night, and take the trash out when you leave.

Choose a few chores to do for him consistently, but don’t make a show of it or tell him what you’re doing.

Then, when you’re not around, your Capricorn guy will notice all the things he’s used to you doing for him, and he’ll appreciate you more.

Capricorn is one of the most hard-working and ambitious signs of the entire zodiac. He puts his career and financial status before anything else.

Sometimes, a Capricorn’s relationships suffer because he tends to make work a priority over his significant other.

If you’re wondering, “What does a Capricorn man like in a woman?” The answer is someone who admires his work ethic and supports him in his endeavors.

He has probably experienced relationships where his partner didn’t understand why he stays so late at the office all the time or brings work home with him.

If you want to get your Capricorn guy to miss you, be supportive, especially when it comes to his career.

Don’t complain when he works long hours and can’t spend a lot of time with you, and don’t make him feel guilty for putting his job first.

Instead, tell him how attractive you find his ambition, and do sweet gestures to make his workday easier like packing a lunch bag for him with a cute note tucked inside.

3. Give Him Lots of Compliments

A Capricorn guy may come off as strong and stoic, but deep down, he struggles with insecurity and self-consciousness.

He cares a great deal about what others think of him, so he worries about his reputation and how he appears to other people.

Your Capricorn guy will miss you if you become a source of his self-esteem. Give him lots of sincere compliments and praise, and you will have him wrapped around your finger.

When a Capricorn man respects you and likes you, your opinion is more meaningful to him. It makes him happy when his partner flatters him and boosts his ego.

If you want to know how to make a Capricorn man want you when you’re not around, make him feel good about himself while you’re with him.

Let him know how special you think he is and how much you care for him, and he will yearn for your uplifting words when you’re not there.

4. Be a Calming Force

Because he is always working on a million projects and feels so responsible for everyone around him, a Capricorn man gets stressed out often. The last thing he needs is a demanding partner who makes him feel even more nervous.

If you’re wondering how to make a Capricorn man obsessed with you and miss you when you’re not around, you need to be a calming presence in his life.

Instead of being a burden to him or adding stress to his life, you should strive to be the one he turns to when he wants to feel calm and relaxed.

Let your Capricorn man vent his frustrations and complaints to you. Help him come up with solutions to his problems, or just listen attentively and let him know you’re there for him.

Have dinner ready for him when he comes home from a long day at work, or give him a massage while you’re watching television to help him unwind.

Your Capricorn man will become addicted to you if you make him feel safe and comfortable whenever he’s around you.

Some zodiac signs like to play mind games and make their partners jealous to spice up their relationships, but Capricorn is not one of these signs.

If you want to know how to make a Capricorn man chase you, don’t think that making him jealous is the answer.

A Capricorn guy won’t miss you when he sees you with another man. He will just assume that you have moved on and that he should do the same.

He won’t fight harder for your love or grow fonder of you. He will actually miss you less once he knows that you belong to somebody else.

A Capricorn man is more likely to miss you if you are devoted and loyal to him, and he prefers someone straightforward and direct over a woman who plays mind games.

When a Capricorn man ignores you, it can be tempting to try to make him feel bad by showing him how poorly he has treated you.

But being upset or acting heartbroken isn’t the way to make your Capricorn guy miss you. He will think about you more if he sees that you are living your best life instead of pining for him.

When you want him to miss you, post pictures on your social media of you at a concert, working out at the gym, or on vacation.

Look your best and be surrounded by your girlfriends, but don’t include other men in the photos to make him jealous.

When he sees how happy you are and that you’re thriving without him, he will wish he was part of your inner circle, too.

The twelve zodiac signs are divided between two polarities, positive and negative, with six signs in each category.

Capricorn is one of the negative signs, which means that a Capricorn guy is prone to pessimism and complaining.

While he will gladly commiserate with someone who shares his grievances, a negative Capricorn guy is better off with a sunny, optimistic partner who balances him.

You can make your Capricorn man addicted to your presence by being bright and cheerful. Allow him to complain to you, but help him find the silver linings to his problems.

Don’t let his whining get you down, and don’t chastise him for having a pessimistic outlook. You shouldn’t try to change him, but you can help improve his mood.

When you exude joy and optimism, your Capricorn man will want to be around you more because you make the best of every situation.

8. Tell Him You Miss Him

Perhaps the simplest way to get a Capricorn guy to miss you is to tell him how much you miss him.

If you’re not sure how to text a Capricorn man to make him yearn for you, sending him a message that says you miss him, perhaps with a heart or some other cute emoji, is enough.

He just needs to know that you’re thinking about him to be reminded of his feelings for you, and seeing your name pop up on his phone screen will automatically make him miss you.

He will likely respond right away that he misses you too, or he’ll make plans to see you in person soon.

But if he never responds or he doesn’t say that he misses you back, it could be one of the signs a Capricorn man is using you or doesn’t like you anymore.

If you want to know how to make a Capricorn man miss you, you have to take some time apart. He won’t know what it’s like to miss you if you are always with him.

If you’ve been spending a lot of time at his place and he seems to be losing his appreciation for you, go home for a few days and give him some space.

When he texts you that he wants to see you, wait a few hours to respond to make him sweat.

Don’t cancel your other plans when he asks you to hang out. Let him know that you’re busy and have a life outside of the relationship, too.

Your Capricorn guy can’t miss you if you’re always there or available to him, so don’t be afraid to let him know how precious your time is.