7 Tips to Make a Cancer Man Obsessed with You 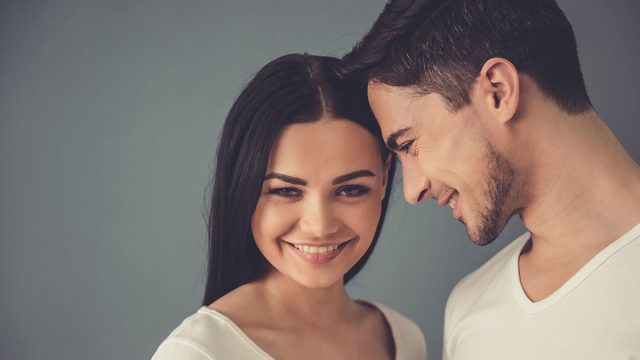 To make a Cancer man obsessed with you, you have to know a few things about his personality. He easily becomes obsessed in love.

For a Cancer man, obsession is his default, it’s just a matter of degrees.

When you see the signs a Cancer man has feelings for you, it doesn’t take much to turn his attraction into obsession. Take whatever attracts him and play it up.

In addition to being nurturing, be the most nurturing person in his life, for example. A Cancer man easily becomes obsessed when you stand out as exceptional.

He’ll take whatever feelings he gets from you and become completely addicted to you. He’s actually addicted to the idea that you’re one of a kind and he needs you.

1. Be More Intuitive Than He Is

In order to make a Cancer man obsessed with you, he has to think of you as the source of all his comfort and pleasure, tenfold. Whatever traits attract him to you, like your intuition, need to stand out on a large scale.

Being intuitive like he is will attract his attention. But if you are more intuitive than he is, he’ll become hooked on you. He’ll see you as the example of who he strives to be.

Also, he’ll know he can trust your instincts and judgment because your ideas are intuitively influenced. That is always a bonus for a Cancer man. He may come to see you as his personal oracle.

A Cancer man likes to chase the woman he loves. The key is to get over the initial slump of insecurity. He may be falling in love with you but secretly fear rejection. If you can help coax him past that point of self-doubt, he’ll pursue you.

Be patient at first. You may need to make your feelings for him clear. While you do this, also show him that you intuitively understand his personality and know just what he needs.

If he thinks you’re a step ahead of him anyway, he’ll let his guard down, assuming you already know what is inside his heart. This is an important step toward getting him to relax and become fixated on you.

2. Anticipate His Every Emotional Need

If you want to know how to make a Cancer man chase you, the key is to nurture him every step of the way. If your empathy and intuition lead you to anticipate his emotional needs, he’ll feel like you’re his Soul Mate.

He’ll be completely obsessed with you and feel like you are the only person in the world who really gets him. Understanding a Cancer man’s personality requires you to understand his moodiness and need for security.

When you can provide for those needs even without him asking you to, he will feel like you are cosmically linked to him. He won’t be able to get enough of you. A Cancer man needs to feel like you’re on the same page as him emotionally.

Talk to him in reassuring ways and always validate how he’s feeling even if you think he’s overreacting. When he sees that you are understanding and validating, a Cancer man will become obsessed with you.

3. Be a Better Cook Than His Mother

A Cancer man’s behavior, when in love, is naturally obsessive. All you have to do is gain his attention and stand out from the crowd as exceptionally nurturing and empathic. He’ll do the rest.

A Cancer man easily goes from attraction to infatuation and has few shades of gray in between. He’ll like you, then love you, then be obsessed with you all in short succession.

One of the ways to attract his attention and lead to obsession is to cook for him. Not just any thrown together recipe. Cook his favorite meal and jazz it up so that it’s the best version of this meal he’s ever had.

Forget about impressing him by outdoing his ex. When he compares your cooking to his mother’s cooking and tells you that you did a better job than she did, it’s a good sign he’s going to be obsessed with you.

Usually a Cancer man can cook to satisfy his immense appetite, so he isn’t dependent on you or anyone else to cook for him. Yet he can easily be swayed to fall in love when you go to the trouble of preparing a favorite meal.

All the better if you can make it from a secret recipe. That way, he’ll think of you as an exceptional woman who can do for him what no one else can do. True, he could just look for the recipe himself.

But his emotions are engaged, and he won’t think rationally. Cancer men in love are known to completely give themselves over to emotion and abandon logic. That is part of the reason they go from guarded to obsessed so easily.

4. Be His Biggest Fan

When you understand what a Cancer man likes and dislikes in a woman, you’ll know exactly how to appeal to his desires. You’ll know just how important emotional connection is to a Cancer man.

You’ll also understand that he can be more insecure than he lets on. A Cancer man pretends to be confident but he’s often not. If you are his biggest cheerleader, always supporting his ideas and encouraging him, he’ll notice.

He’ll want to spend every waking moment with you, absorbing all of your encouragement and positivity. He’ll also fall madly in love with your enthusiasm and optimism. Cancer men are impressionable.

They sometimes fall into low moods because they are so emotionally sensitive. He’ll want to be around you because you believe in all his dreams when no one else does. He’ll become obsessed with you when he sees that you support him unconditionally.

5. Notice All His Favorite Comforts

In the beginning you may have to do some detective work to figure out his favorite things. Be observant and notice what makes him feel most relaxed. Telling a Cancer man how you feel is always a good way to encourage him to open up.

Also, when you are attentive to his emotional nature, he’ll feel more secure with you. He’ll be relieved that you understand him in a way no one else does. He’ll love that you noticed his favorite comfort foods, for example.

He’ll also become obsessed with you because you care about him enough to make sure his needs are met. When you check in with him to see how he is feeling and if he is ok, he’ll fall in love.

You may think you’re seeing signs a Cancer man is playing you, when he’s actually just being shy and insecure. This is normal for a Cancer man early on. Yet once he knows you care about him, he’ll let his guard down.

The key is to not rush a Cancer man. Be patient. Let him open up in stages when he is comfortable with you. Don’t take it personally if he doesn’t trust you at first. Cancer men are very sensitive and need to be reassured of their security.

Yet he will quickly go from insecure to obsessed if you just give him a little time and encouragement. He’ll one day decide you’re the One and stick to you like glue. If you’re patient, it will pay off.

He’ll come to his own conclusions about the relationship being not only a good fit, but the best possible fit. He’ll see you not only as someone he’s attracted to, but the only woman in the entire world who was made just for him.

He’ll suddenly feel like you’re one in a million and the woman he can’t possibly live without. When you see a Cancer man make this change it can be overwhelming. He’ll go from aloof to totally obsessed.

7. Be Independent But Attentive

Cancer men can run hot and cold in the beginning. Usually this is because they are figuring out whether the relationship is worth taking a risk or not. He may be weighing the pros and cons and trying to ignore his already deep, passionate feelings.

If you’re wondering what to do when a Cancer man ignores you, the key is to remain confident and independent. Don’t ignore him back, though. If you play mind games with him, he’ll retreat for good.

Instead, be attentive but also have enough of a life to be independent. While you’re out with girlfriends or family, or even doing exciting things by yourself, your Cancer man will start to miss you.

When a Cancer man is done with you, you’ll know it. He won’t play games. He’ll either jump right into a new relationship to help him get over you, or he’ll make a big scene about the relationship being over.

Let him take his time and get to know you. When he feels secure with you, he’ll become completely obsessed. You may miss the independence you once had because once he is obsessed, he will never want to let you out of his sight.