9 Ways to Make an Aries Man Want You 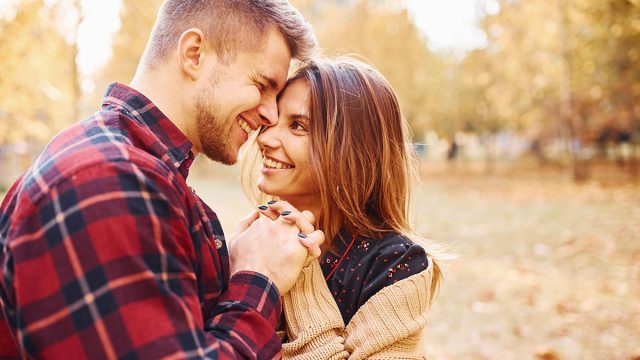 If you want to make an Aries man want you, you need to stand out. Aries men love women who are engaging, adventurous, and ambitious.

Your Aries man will want you more when you’re confident in who you are. Be genuine and show off your true self.

If you want to get an Aries man’s attention, show off a little. Make sure he knows that you have goals and that you’re not just a pretty face.

You should never ignore an Aries man if you want to make him want you. You can be coy and a little mysterious, but pay attention to him.

You should also be down for anything if you want to be with an Aries man. He likes to try new things and go on adventures. He’ll want you if you can keep up with him.

If you want to make an Aries man chase you, ignoring him isn’t the way to do it! An Aries man might like a challenge, but he doesn’t want to go after someone who shows no interest in him.

It’s tempting to play hard to get to try and make an Aries man want you more. You can do that a little bit, but don’t ignore him entirely.

Once you’ve already got your Aries man’s attention, definitely don’t ignore him! He’ll be more likely to want you if you make him feel good when you’re around.

Compliment your Aries man, be affectionate with him, and give him the attention he wants. He will be more drawn to you if being around you makes him feel good about himself.

If you want to make an Aries man fall in love, you need to be more than a pretty face. Show him that you’re funny and intelligent as well.

An Aries man will be drawn to you and want you more if you can make him laugh. He might seem severe at times, but he loves to let loose and enjoy a good joke.

Aries men enjoy many comedy styles, so switch things up and find something that fits his unique sense of humor.

Show off your intelligence in your humor as well. Having a quick wit and being able to think on your feet is definitely a feature that will make your Aries man want you more.

Your Aries man will respect you and be more attracted to you when you can show him that you’re both funny and smart.

You can attract an Aries man and make him want you by dressing in a way that highlights the best features of your body.

When you’re with your Aries man, try to look your best. Dress up a bit when you two go on a date. Wear flattering silhouettes and draw attention to the curves of your body.

What attracts an Aries man? One thing that attracts him is the color red. You can get his attention with a slinky red dress, a bright red blouse, or even some nice red lipstick.

You don’t need to go overboard or constantly wear luxurious, designer clothing. Just dress in a way that shows off your body and makes you look your best.

If you want to make an Aries man want you back after a breakup, you need to catch his eye. If you know he’ll be around, dress in a way you know will attract him.

What does an Aries man want in a woman? One thing he wants in a partner is ambition. If you’re going to be with an Aries man, you need to be driven and passionate.

An Aries man wants a partner who does more than drift through life. If you have no ambitions, your Aries man might have a casual relationship with you, but he likely won’t want to be with you long-term.

If you want an Aries man to want you, show him your passionate side! Talk to him about your goals in life.

Regardless of your ambitions, make sure your Aries man knows you have them. You don’t need to strive for fame and fortune, but you need to have some sort of drive and motivation guiding you through life.

You can get an Aries man’s attention by showing him how driven you are. Whatever your career or hobbies are, let him see that you’re willing to work hard to develop yourself and get what you want.

If you are an artist, show off all the work you create. Talk about your process so that your Aries man sees how much effort you put into the things you make.

Be hardworking around the house as well. You don’t need to go overboard, but keeping things tidy and working hard to make your home look nice is also an excellent way to make an Aries man want you.

You don’t have to be a workaholic or constantly be at your job to be hardworking. Just show your Aries man that you’re willing to do what it takes to get what you want.

6. Be Down For Anything

How do you make an Aries man obsessed with you? You need to be down for anything! Aries men love exciting, interesting people.

Aries men don’t like to do the same thing all the time. They want to have new experiences and mix things up. They can also be impulsive, so you need to be prepared for anything!

Your Aries man will understand if you don’t want to do something now and then, but he’ll quickly become bored if you never want to try new things with him.

Your Aries man will definitely want you if you’re down for anything in bed. Make sure you mix things up and keep your sex life exciting.

If you want a relationship with your Aries man, you’ll need to be able to keep up with him. Aries men are spontaneous and active. If you’re not actually down for anything, don’t pretend like you are.

Aries men are straightforward. They prefer honest and transparent communication. An Aries man will want you more when he knows you can be direct with him.

Your Aries man doesn’t want to figure out what you really mean when you tell him something. He’s likely to get frustrated if you’re indirect or passive-aggressive with him.

He will be more attracted to you and more likely to stick around long-term if you’re direct. Your Aries man will feel more comfortable with you when he doesn’t have to look for hidden meanings behind your words.

An Aries man will also want you more if he knows that you can deal with conflict head-on.

If your Aries man does something you don’t like, don’t sulk about it or wait around for him to notice he messed up. Just let him know. He’ll respect you more for it.

This shocking video will show you 3 ways to tell if your Aries man secretly wants you back.

Dating an Aries man is often exciting. Aries men love to try new things and gain new experiences. If you want an Aries man to want you, you should go on adventures with him.

An Aries man will love being around you when he knows he can try new things with you. If you have an adventurous spirit, he’ll have more fun with you.

Your Aries man will want you more when you two can always have a good time together. He will enjoy being with you if you are willing to travel with him and try new things.

You can show your Aries man that you’re adventurous in general too, not just with him. Talk to him about trips you’ve been on and suggest new places you two can go.

You can make an Aries man think of you when you’re not around by posting pictures of your adventures on social media. Keep him intrigued and show him that you are interesting all on your own, not just when he’s around.

Will an Aries man chase you? An Aries man will absolutely chase you, as many Aries men love to be the ones pursuing someone in a relationship.

You might need to get a little out of your comfort zone to get his attention, though.

An Aries man can be with someone who is more introverted, but you’ll never get his attention in the first place if you’re too shy.

Your Aries man will likely want to take you out often if you two start dating. He will want to introduce you to his friends, go to parties with you, and bring you to work events.

If you never want to interact with the other people in his life, you might not be the person for your Aries man.

He’ll understand if you take a bit to open up, but it might be a problem if you completely avoid interacting with people.

How to Make an Aries Man Confess His Love9 Tips on How to Keep an Aries Man in a Happy Relationship
Hello, I'm Liz