How To Make An Aries Man Regret Losing You 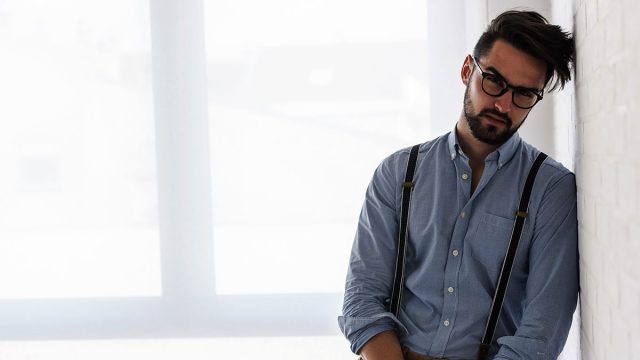 If you want to make an Aries man regret losing you, you must show him what he’s missing out on!

Aries men can sometimes be too hasty in ending a relationship. He might regret his actions once he sees you thriving without him.

After a breakup with an Aries man, the first thing you should do is focus on yourself. Don’t make it seem like you’re trying to win him back. Take care of yourself and keep him at a distance.

Show your Aries man how well you’re doing without him. Be successful, and make sure he knows it! When he sees you living without him, he might regret losing you.

Your Aries man will regret losing you if he made a mistake breaking up with you and you’ve already moved on. Don’t be afraid to find someone new.

If your Aries man disappears and comes back all the time, don’t let it get to you. Focus on yourself instead. Don’t just sit around waiting for him!

Focusing on yourself is incredibly important after a breakup, regardless of whether it makes your Aries man regret losing you.

If your Aries man is used to running off and coming back whenever he pleases, he might rethink his actions when he sees that you’re taking care of yourself and having a great time without him.

Take the time to do anything you’ve been putting off. If you stopped doing a particular hobby when you started dating your Aries man, take that back up!

Practice some self-care. Get a new haircut or switch up your wardrobe. Take a class you’ve wanted to but haven’t had the chance to take.

Your Aries man will regret losing you when he sees that you’re improving and thriving without him.

Do Aries men feel guilty after they’ve broken someone’s heart? Yours might if you clearly state that you want nothing to do with him.

It’s essential to set clear boundaries with your Aries man after a breakup. If he broke up with you impulsively, these boundaries might make him realize the severity of his actions.

Depending on how the breakup went, you might not want to stay friends with your Aries man. Make that clear to him if that’s the case. If you want him to stay off your social media, block him.

You must enforce these boundaries as well. If your Aries man is used to pushing boundaries and getting his way, you must show him you’re serious!

When you put up a wall between you and your Aries man, he might realize his loss. He might regret letting you go when he no longer has access to you outside of the specific terms you’ve set.

Will an Aries man leave and come back? Aries men sometimes make hasty decisions. If you give your Aries man space after a breakup, he might realize that he didn’t want to break up in the first place.

Sometimes, an Aries man ends a relationship in a fit of anger. If you immediately rush to him and beg him to come back, he’ll start to think that his actions are acceptable.

Give your Aries man space after a breakup, regardless of the circumstances. He likely needs some time to think through things. He might realize he doesn’t want to let you go when he has that space.

If you do take him back, your Aries man might think twice before ending things with you again. Give him space, and don’t seek him out. Show him that you’re fine on your own.

You can make an Aries man regret losing you by showing off and making it clear that you’re living an extraordinary life without him.

If he still follows you on social media (or if he doesn’t, but you know he still checks), posts pictures of what you’re up to all the time. Any time you travel or go to a party, show off pictures of you having a good time.

If you get a promotion at work or have another significant success, show that off too! Talk about it online, text group chats he’s in, or openly talk about it in front of him.

You can make him regret losing you by showing off your body. Don’t hide your beauty. Openly flaunt it and ensure everyone, including him, can see how attractive you are.

Flirt In Front Of Him

One of the signs that an Aries man wants you back is that he’ll become incredibly jealous whenever he sees you talking to someone else. If you want to make him regret losing you, don’t be afraid to flirt with others right in front of him.

This might seem vindictive, so don’t do it if you and your Aries man broke up on good terms. You don’t want to rub things in his face if you two stay friends!

If things ended poorly, though, you might want to do this. Flirt with other men on social media or at a party you know he’s at. Have fun and enjoy the attention you’re getting.

One of the signs that an Aries man is no longer interested is that he won’t care if you flirt with others. When he genuinely isn’t jealous about you moving on, you’ll know he’s entirely over you.

An Aries man after a breakup won’t have any problem moving on if he’s genuinely done with you. He might have a problem with you moving on if he has doubts about the breakup.

Seeing you off being happy with someone else might be what it takes to make an Aries man realize he’s lost the best thing he ever had.

If you stay single, your Aries man may always think you’ll be available if he comes running back. If you move on and start a new relationship, he’ll realize he’s lost you for good.

Aries men don’t always realize what they have until it is genuinely gone. When you’re with someone else, your Aries man might finally see that he’s lost you for good, and he’ll regret that.

If you want to make an Aries man think of you after a breakup, the best way to do that is to be openly successful. Rub it in his face a bit whenever something good happens to you.

Sometimes, Aries men break up with their partners because they think they aren’t going anywhere. An ambitious and prideful Aries man wants a partner who looks good standing next to him.

Throw yourself into your career or a passion of yours. You could go back to school or get additional education to help you become more successful.

Make sure your Aries man knows how successful you are as well! Don’t miss out on any opportunity to brag and show off.

He’ll realize he messed up, especially if you are more successful than your Aries man.

Distance Yourself From Him

Having no contact with an Aries man after a breakup is sometimes the best way to make him regret losing you. Distance yourself from him and make it clear that he’ll have to try hard if he wants to win you back.

Distance yourself physically and emotionally. You might need to cut your Aries man off completely sometimes, depending on the circumstances.

You don’t want your Aries man to think he can just come running back, especially if he hurt you. If you live together, move out as fast as possible. If you’ve been thinking about moving to another city, now is the opportunity!

What happens when you ignore an Aries man? He might realize what he’s missing. If he didn’t think your breakup through, he’ll quickly start to miss you and regret ruining what you had.

Ignoring an Aries man after a breakup is a good idea in general. Don’t chase after him, especially if you want him to regret losing you and come crawling back.

If your Aries man knows he could have you back any time he wants, he won’t regret losing you. He’ll just come knocking if he ever feels like he wants to see you again.

Do not chase after your Aries man. Make it very clear that he’ll have to be the one doing the chasing if he wants another chance with you!

This is especially important if you and your Aries man are constantly on again and off again. He might be used to you running after him whenever he breaks up with you. Don’t do that this time.

Your Aries man needs to realize how valuable you are. He needs to respect you and appreciate what he has with you. He might need to lose you entirely to finally do that.

Let him chase you. If your Aries man genuinely regrets losing you and wants to fix things, he’ll be willing to do whatever it takes to get you back. Don’t make it too easy for him.

Is Your Aries Man Hiding His Feelings?What An Aries Man Wants To Hear
Hello, I'm Liz