9 Tips to Make an Aries Man Obsessed with You 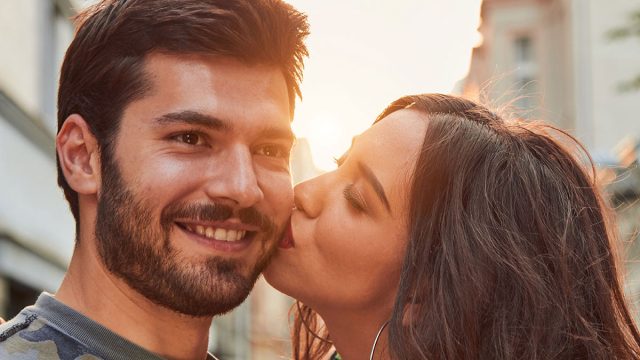 You’ll need to work a bit if you want to make an Aries man obsessed with you. He’ll chase you, but only if you give him a reason to.

You need to be fun, exciting, and adventurous if you want to get an Aries man’s attention.

You can get an Aries man’s attention and make him obsessed with you by being a bit mysterious, but don’t completely shut him out. Leave something to the imagination while still allowing him to get to know you.

You’ll attract your Aries man if you’re passionate, ambitious, and exciting. Show him how talented and driven you are if you want him to be obsessed with you.

Give your Aries man attention and feed his ego, but don’t be too forward. He’ll be more obsessed with you if he has to pursue a relationship with you.

Feed his ego when you two are together if you want to know how to make an Aries man think of you when you’re not around.

Aries men often have big egos, and they love getting attention, especially from people they are interested in. You can make an Aries man obsessed with you by complimenting him and making him feel good about himself.

Tell your Aries man how handsome he is, but don’t stop there. Complimenting his physical appearance isn’t the only way to catch his eye.

Make sure your Aries man knows how much you like his personality. Compliment his ambition, passion, and any talents of his you know about.

Your Aries man will want to be around you more when you are willing to offer praise and build him up. He will enjoy talking to you and will likely start to seek you out more.

2. Be A Bit Mysterious

How do you make an Aries man obsessed with you? You can intrigue him by being a little mysterious. Give him just enough information about yourself to get his attention, then make him work for more.

You have to strike a balance between being genuine and being mysterious. Never lie to your Aries man or purposely conceal important information, but also don’t tell him your entire life story immediately.

Make your Aries man work a little to get to know you. Slowly reveal more about yourself to him.

You’ll know you’ve caught your Aries man’s interest because he will start asking more questions about you, following you on social media, and even asking mutual friends about you.

Aries men love to flirt. They aren’t always as into it as Leo or Gemini men are, but it’s still something they enjoy. Your Aries man will love being around you if you can turn up the charm and flirt back.

Show your interest in your Aries man. Don’t be too forward and don’t force yourself on him, but make sure he knows that you find him attractive and enjoy being around him.

If your Aries man knows he can relax with you and engage in some flirtatious conversation, he’ll love being around you. He will likely start seeking you out when he wants someone to chat with.

When you flirt, follow his lead. Let him guide how intense the flirting is, and be sure to step back if he does.

Aries men often like to set the pace in relationships. Show him you will let him do that by letting him set the pace when you two flirt.

If you want to know how to make an Aries man obsessed with you, you need to be exciting! Be somebody that he enjoys spending time with.

You don’t need to pretend to be someone you’re not to be exciting. You just need to find out what things about you are already exciting.

If you have a unique hobby, show that off. Your Aries man will likely be interested in hearing about it or even giving it a try if it’s something new to him.

If you are down for anything, make sure your Aries man knows that too! You can easily make him obsessed with you if he knows that you’ll always be up for trying new things with him.

Aries men like to be around people they can have fun with. They also enjoy being with people they can be active with, so if you enjoy hiking, going to the gym, or other physical activity, make sure he knows that.

What attracts an Aries man? Aries men love to go on adventures and gain new experiences. If you are down for anything and will happily adventure with him, he’ll quickly become obsessed with you.

Dating an Aries man will likely involve mixing things up and trying new things. If you want to be with your Aries man, you need to be open to having those new experiences.

When your Aries man invites you somewhere, go with him! You might not always be able to hang out with him, but you should try to as much as possible if you want to make him obsessed with you.

An Aries man likely won’t become obsessed with you or be interested in sticking around long-term if you never want to try anything new with him. You need to be at least open to the idea of adventuring with him.

What are Aries men attracted to? One thing Aries men love is someone who can make them laugh.

Your Aries man will quickly become obsessed with you if you are fun to be around and if you have a good sense of humor.

Just relax, be yourself, and joke around as you usually would. You don’t need to try too hard. In fact, your Aries man will be more obsessed with you if you are naturally, effortlessly funny.

If a joke doesn’t land, don’t worry about it! Show your natural wit and slip in some jokes here and there while chatting with your Aries man. Eventually, you’ll figure out how to get a laugh out of him.

Aries men won’t always talk about their feelings or directly ask for support. If your Aries man feels sad and you’re someone who always makes him laugh, he’ll start going to you when he needs a pick-me-up.

What do Aries men find attractive? Passion is one trait they love to see in women. If you aren’t passionate and driven, it will be harder to attract your Aries man.

You don’t have to be passionate about the same things your Aries man is. He isn’t looking for someone who is exactly the same as him. He just wants someone who can match his energy.

Your Aries man will be more attracted to you when he sees that you are passionate about something, no matter what that is.

Are you really into your art? Show him that! Are you career-driven? Let him see that too.

You can also make an Aries man obsessed with you if you are passionate in bed. Aries men enjoy exciting, fast-paced sex. Be passionate in and out of the bedroom, and your Aries man will love it.

Is your Aries man not communicating with you? Here's the trick to reel your Aries back in.

How do you attract an Aries man? You can attract him by showing him how ambitious you are.

Aries men are often highly ambitious, and they like to be with equally driven people. He doesn’t necessarily care what your ambitions are. He just wants to know that you have them.

Talk to your Aries man about your goals in life. If you are career-driven, talk about that! Discuss your successes with him or post about them online to show him that you are also moving up in the world.

If your ambitions are related to your hobbies or something else, that’s fine too! Your Aries man just wants to see that you are motivated by something.

Aries men are action-oriented. They don’t sit around thinking about how to do something. They just do it! Show your Aries man that you are capable of acting too, even if you are the type of person to plan things out more.

9. Let Him Chase You

Aries men love the chase. If you want to make an Aries man chase you, show interest in him and then wait for him to take the lead.

How do you catch an Aries man’s eye and make him obsessed enough to chase you? Show interest in him, get to know him, and make sure he knows you’re available.

However, your Aries man will be more interested if you aren’t too forward. Flirt with him a bit and make sure he knows you’re attracted to him, but let him take over after that.

Aries men prefer to be the ones pursuing someone in a relationship. It will likely put him off if you chase him too much. You need to let him chase you if you want him to be obsessed.

Aries men like a bit of a challenge. If you step back and allow him to chase you, that will be fun for him!