How To Make An Aquarius Man Regret Losing You 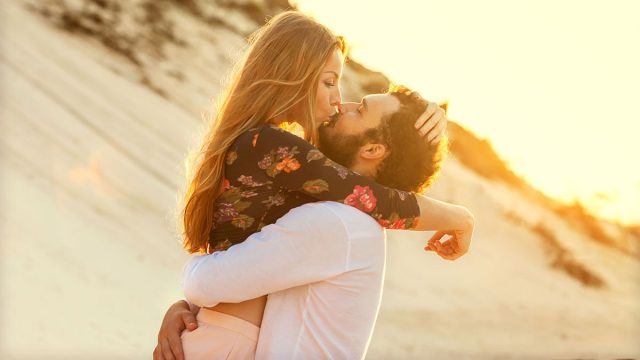 You have to be strategic if you want to make an Aquarius man regret losing you after a breakup.

Acting like you’re hung up on him won’t make your Aquarius man come back. You need to live your best life and make sure he knows it.

Aquarius men don’t often regret breakups. When they’re ready to end a relationship, they typically move on with no issues.

He might regret things if he sees how much of a catch you are. It’s not always easy to find the right partner, so you need to show him that you’re perfect for him and that he’s missing out by not being with you!

Don’t come on too strong, though. You must keep your distance and live without him if you want your Aquarius man to see what a catch you are and regret your breakup.

Does an Aquarius man always come back after a breakup? Most of the time, he won’t. You’ll need to show him that you’re worth coming back to if you want him to regret losing you.

Try not to be overly emotional after a breakup. That won’t make your Aquarius man regret anything. Instead, you need to be as free-spirited as possible!

An Aquarius man’s breakups tend to be pretty unemotional for him. If he’s the one who ends the relationship, he’s already had time to prepare for the split. If his ex ended things, he might still act like he doesn’t care.

If you seem carefree without him, that might get his attention. Be wild and free. Be as spontaneous as possible and live the life you’ve always wanted!

Aquarius men have huge egos, even if some hide their pride well. It will bruise his ego if you seem happy without him.

Have Fun Without Him

Leaving an Aquarius man alone after a breakup is for the best. Go have fun without him. Show him that you don’t need him to have a good time!

Aquarius men are friendly and social people. They’re also rebellious and a bit restless, so they’re constantly looking for new things to try and adventures to go on.

Go on your own adventures. You could even go somewhere you were supposed to go with your Aquarius man before the breakup.

Your Aquarius man might see how much fun you’re having and think about all the fun you two used to have together. He may be a bit envious of what you’re doing.

Seeing you enjoying places you two once went to without him may make this aloof and emotionally detached man a little nostalgic as well.

Aquarius men love confident and independent women. If your Aquarius man thought you were overly clingy or dependent on him, that might be part of the reason he ended your relationship.

Show him that he was wrong! Prove to him that you are incredibly independent and that he was a fool for letting you go.

Do not seek him out. Even if he asks to stay friends, it’s a good idea to distance yourself from him first. This will help to show him that you’re not dependent on him.

Be confident in yourself and your abilities. Go to parties by yourself. Try out new hobbies, even if you usually only do that with your Aquarius man.

If your Aquarius man sees you at a party, ensure you put your best foot forward. Show him that you can confidently work a crowd all by yourself.

If your Aquarius man sees that you don’t need him, he’ll regret losing you. He will realize that you might be the perfect woman for him.

Some people think Aquarius men are humble because of their humanitarian nature, but they can be incredibly prideful. It might hurt his pride to see you be successful without him.

You don’t need your Aquarius man’s help to make your dreams a reality. You can move up in your career or finish that creative project you’ve been working on without his help.

Work hard and show your Aquarius man how successful you can be now that he’s gone!

Your Aquarius man might get jealous of your success if he’s not as successful. This is also a great way to make sure that other people talk about you to him.

He might regret losing you if he starts hearing how well you’re doing whenever he talks to mutual friends. Make sure everyone knows about your success to ensure that it gets back to him.

One of the signs an Aquarius man is not over you is that he’ll keep checking up on you. It won’t always be obvious he’s doing that, though.

If you get a promotion at work, post about it! If you finish a project that you’re proud of, share pictures of it! Be sure to show off any new relationships as well.

You want to show your Aquarius man that you can do anything you please. He’ll regret losing you when he sees how great your life is.

Breaking up with an Aquarius man might give you the extra time you need to focus on yourself and reach your goals.

Aquarius men sometimes end relationships because they feel like their partner isn’t going anywhere. He hates being with someone who is stagnant.

Set clear goals and start working on yourself. If you have any goals that you’ve been putting off, focus on those!

Reaching your goals is another way to show your Aquarius man how independent you are. If he sees you growing and changing, he might regret that he’s not there to see this new and improved version of you.

This might make your Aquarius man regret losing you, but it will also help you get over him if that’s what you want. Just focus on yourself and become who you want to be.

It’s essential to set clear boundaries with your Aquarius man. This is especially important if you don’t want to get back together with him right away.

One of the signs an Aquarius man wants you back is that he’ll start making excuses to see you. This will be especially obvious if you two don’t stay friends after the breakup.

If you want to make your Aquarius man regret losing you, don’t give in every time he asks to see you. Set clear boundaries with him and make it clear that you’re no longer his.

An Aquarius man’s personality isn’t typically controlling. He will respect any boundaries you set, even if he doesn’t particularly like them.

He may still miss you and wish the boundaries weren’t necessary. If you tell him you don’t want to see him, he’ll respect that, but he’ll also regret losing you now that he’s not able to spend time with you.

Will an Aquarius man come back? He might. You shouldn’t put your life on hold waiting for him to do so, though.

If your Aquarius man sees you with other men, he won’t necessarily get jealous. However, he might start missing you when he sees how much fun you’re having with someone who isn’t him.

Post pictures on social media when you go on dates. Don’t be afraid to show up with someone new if you go to a party your Aquarius ex will be at.

Aquarius men are unpredictable. They act aloof and like they don’t care after breakups, but it might upset your Aquarius man if you act like you don’t care about the breakup.

Show him that you’ve moved on, and your Aquarius man might wonder if he’s made a mistake. He may regret losing you if he sees that he’s easily replaced.

It’s a good idea to start dating again, even if there’s no chance your Aquarius man will come back. Your former relationship with an Aquarius man shouldn’t stop you from trying to find love again!

Be Better Than Him

Will an Aquarius man miss his ex? He might. He may also have his pride hurt and regret breaking up with her if she goes on to live a better life than him.

Aquarius men pretend they don’t care about the opinions of others, but they do. They want other people to see how unique, intelligent, funny, and creative they are.

If you two are at a party, be the funniest or the most intelligent person in the room. Work on your creative skills so that they exceed his. Ensure that the opinion others have of you is higher than the one they have of him.

Your Aquarius man will regret letting you go when he sees that you outshine him. He doesn’t necessarily want to be the center of attention, but he’ll be jealous and regretful when he realizes that he let such a fantastic person go.