How to Make an Aquarius Man Confess His Love 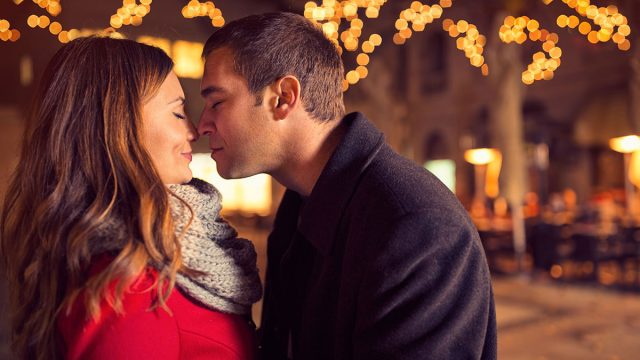 Making an Aquarius man confess his love can be difficult at times. He won’t tell you anything until he’s 100% ready to.

You can help things along, though. He might just need a small kick in the right direction to become ready.

The best way to get an Aquarius man to confess his love for you is to consistently show him that you care about him. Be his friend. Listen to him when he needs to talk. Respect his thoughts and opinions.

Come up with creative ways to show you care about him. Surprise him. Be kind and compassionate. Make him feel special.

If he knows you care about him, he’ll be more likely to confess his love. When he knows that you also respect his freedom, he’ll want to be with you.

Aquarius men tend to fall for their friends. They like to have relationships that are built on a firm foundation of friendship, not just romance or attraction.

It will be easier to spot signs that an Aquarius man has feelings for you if you two are close friends.

When an Aquarius man wants you as much as you want him, he’ll want you to be his best friend. He needs a relationship that isn’t just romantic. He needs a friendship as well.

If he knows that you value your friendship as much as he does, he’ll be more likely to confess his love. He’ll trust that his confession won’t ruin anything between you too even if it doesn’t go over well.

If you have an Aquarius ex that you want to rekindle a relationship with, the best way to make an Aquarius man want you back is to keep being his friend!

Keep up a strong friendship with him and you just might find him confessing his love for you all over again.

Aquarius men need partners who respect their freedom. If he knows that you value freedom and independence as much as he does, he’ll be more likely to want to be in a relationship with you.

Sometimes, an Aquarius man holds back from confessing because he’s not sure if his potential partner will “tie him down” once they get into a relationship.

When he knows that you won’t do anything to try and control him, he’ll be more likely to confess his feelings for you.

If an Aquarius man stops communicating or starts acting distant, sometimes all he needs is some space. He’ll come back once he’s had some alone time.

If you are a more controlling person or even if you’re just clingy, try to avoid that behavior. He’ll see that as a red flag and even if he does love you, he’s not going to want a relationship with you.

Aquarius men love it when the people around them are creative, artistic, and just a bit weird.

Show off your creative side when you’re around him! Make sure he knows that you’re a fun person to be around.

He wants a partner he can have fun with. He doesn’t want to be with somebody who doesn’t respect his creativity or who can’t be creative themselves.

He’ll be more likely to fall in love with you in the first place if he can have fun with you.

Don’t be afraid to be weird. Let your freak flag fly when you’re around him. He’ll love it!

He wants to know that won’t end up judging him for any odd behaviors he has. He doesn’t want to date somebody who is eventually going to expect him to calm down and be “normal”. That’s never going to happen.

How does an Aquarius man express his love? One way is through surprising his partner.

If you are constantly surprising him, he’ll know that you care about him. You don’t need to make grand gestures. Just surprise him with a date last minute or give him a little gift to show you care.

Surprises will show him that you’re thinking about him. If you’re in the neighborhood and show up to his office with coffee or a treat, he’ll feel special and cared for.

He also likes surprises because Aquarius men hate falling into a routine. He might have some routines, especially when it comes to work and volunteering, but he doesn’t want his whole life to be scheduled.

Aquarius men like smart, intellectual people. There are a million different ways to be smart so don’t worry if you’re not traditionally book smart. That’s usually not what he’s looking for anyway.

He also wants to know that you can think for yourself. He doesn’t want a partner who just agrees with every single thing he says. He doesn’t want somebody who blindly follows trends either.

Show him that you have a mind and you know how to use it! If you disagree with him about something, explain why. He’ll listen to you and respect you more for it.

He wants a partner that he can always have stimulating conversations with. If he can’t do that with you, he won’t want to be with you.

If you want to make an Aquarius man obsessed with you, you need to keep him on his toes.

He needs spontaneity in his life. He gets bored easily and he needs people who can keep him stimulated.

If you two already have a sexual relationship, be spontaneous in bed. Show him that you’re willing to try out new things. Mix it up and don’t always go for things that have worked in the past.

Take him on last-minute dates when you know he’s free. If he invites you somewhere out of the blue, go along with him.

You don’t always need to plan things. You can just go with the flow and enjoy yourselves.

If he knows he can always have some unscheduled fun with you, he’ll want to keep you in his life.

Listen To His Ideas

What an Aquarius man wants to hear is that you care about what he has to say. He needs a partner who will listen to his ideas and respect his thoughts, even if they don’t always agree with him.

When he’s talking to you, don’t ever ignore him! If you’re busy, let him know that you’ll be willing to listen to him another time.

Actively engage with what he has to say. You can offer your ideas and insight. He’ll love that.

When an Aquarius man knows he can open up to you without judgment, he’ll fall even more in love with you.

An Aquarius man expressing feelings might have a difficult time with it sometimes. He isn’t the most emotionally open person.

He also doesn’t express himself the same way others might. He’s a unique individual and might act differently than how you are used to.

Don’t judge him for the way he expresses himself. If he has a difficult time opening up and talking about his emotions, don’t push him too hard or be critical of him for this.

Aquarius men hate feeling judged by the people they care about. He knows that he is eccentric and that people won’t always agree with his views. He needs you to respect those views anyway.

Always be kind to an Aquarius man. Never pressure him. Even if you are itching for that love confession, show him patience.

If you aren’t sure what to say to an Aquarius man when you two are discussing your feelings, just know that whatever you say should be kind and compassionate.

He’ll open up and confess when he’s ready. Until he is, treat him with kindness. This will make him more likely to open up.

Be kind to his friends and family as well. He doesn’t want a partner who is rude to the other people he cares about.

Aquarius men also care about the world in general. They are often humanitarians. Do things to show that you also want to make the world a better place. You can volunteer or spread the word about important causes.

One of the best ways to make an Aquarius man want you is to show him that you are actively working on yourself. Show him that you have goals and that you want to be a better person.

Work on yourself as well. Try to become a better person. This will make him fall even more in love with you and he’ll want to confess.