How to Make an Aquarius Man Chase You 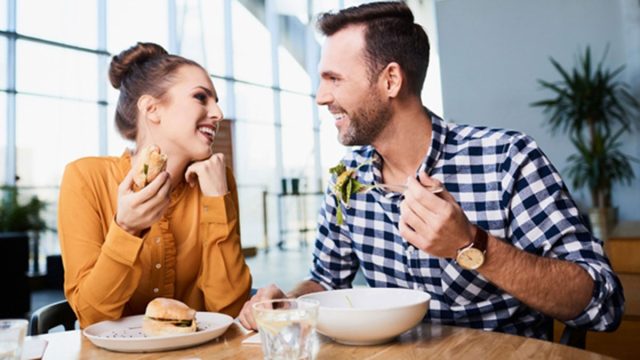 Considering how charming and cool Aquarius men can be, you would obviously want an Aquarius man chasing you.

Aquarius men like living their lives to the full, and they enjoy being in a healthy relationship.

With their distinctive personality traits, Aquarius men have always been in demand.

The attraction towards Aquarius men is justified because of their strong approach toward life and their ability to provide the perfect blend of love and freedom.

Aquarius men also happen to focus a lot on the beauty of things, and can they be attracted through both physical appeal and mental stimulation. Capture the heart of an Aquarius guy, and you’ve found yourself the perfect companion.

Stand Out from the Crowd

Aquarius men don’t tend to fall for ordinary people. They like people and things that are unique, unconventional, exciting, and adventurous. Simply put, they are turned on by people who stand out.

So, if you really want an Aquarius man to notice you and fall for you, you have to have an eccentric and outgoing personality. Stand out from the rest to be noticed.

For starters, you can be quirky enough to gain his attention. Now, being quirky isn’t used as a fashion statement here. Instead, thrill the Aquarius man you like with your quirkiness and unique outlook toward life.

With the right attitude and a set of unique characteristics, you can certainly invoke feelings of love in the heart of an Aquarius man and make him chase you.

Aquarians are thinkers and they like thinking about the possible outcomes to different problems. They often enjoy contemplating on their lives and finding solutions to their issues on their own.

You can leave the interpretation of your mind and habits over to the Aquarius man you are dating, as he loves unearthing new details about people.

Don’t disclose all details about yourself up front. Instead, try to hide as much as you can. Make him realize that he has to study you and know more about you than what you are letting him know.

As an Aquarius man starts to observe you, he learns more about you and opens up to you. This is just what you want.

Aquarians love thinking and studying people, so the right tactics can help you pique your man’s interest in no time.

Enjoy the conversations you have with him, and keep throwing hints of your uniqueness and how you are different from the others.

Interestingly, he would compliment you a lot for being unique. Take those compliments gracefully and revert back with a compliment of your own if the need be.

The answer to the question on how to make an Aquarius man want you lies in being yourself and not being pretentious at all.

Do not try to create a fake image of what you’re not. Always be honest with yourself and show him all that he needs to know or see about you.

If you keep up with the right attitude, there will soon come the time when the Aquarius man says he loves you. Moments like these are all signs of an Aquarius man in love.

Before you end up dating an Aquarius man, you first need to be his friend. If you directly start dating him, you wouldn’t be able to get the thrill of him chasing you.

So, become friends with him first and let him know that you are keeping things friendly and platonic for the time being. Maintain the speed at which your relationship goes from here onwards.

Interacting with you on an emotional basis would be a bit too much for any Aquarius man, which is why you need to first become his friend and gain his trust before moving forward with the relationship.

Once you have his trust, you can start discussing personal topics and enjoy a lasting and meaningful relationship with him.

An Aquarius man in a relationship is a treat to be with, so you would most definitely enjoy the experience to the core when it does transpire over the due passage of time.

Have Your Own Life

You can’t end up sacrificing your life for his. If you want an Aquarian to chase you, you need to realize that you should live your life the way you want to.

It is easy to fall prey to the perils of attachment and then leave all of what you are doing for the other person, but you need to realize that this doesn’t work here.

An Aquarius man would never literally go chasing you if you drop your life and preferences for theirs. You should continue with your own life the way you want to.

An Aquarius man in love would accept you for your preferences and realize that you have your own life and plans.

He will also appreciate the freedom you show in your movement and let his admiration known through his compliments.

On a flip side, Aquarius men tend to get bored really quickly. So if you want to have a meaningful conversation with one, you should have a few topics to talk about such as politics and sports.

You should always have an idea of the key happenings around the world and should be open to discussions that cover the important details happening around you.

You can attend lectures and debates to keep an eye on the best scientific breakthroughs and political happenings around you.

Challenge the knowledge that they have and make them feel in awe of your grasp on the subject. You can also ignore an Aquarius man while you are at a conference or an informative session.

Let them know that you are busy, and will get back to them later.

Also give the impression that you are well-informed and have an eye on the key happenings around the world. Attending these sessions will also give you the info you need to form good discussions with them.

Aquarius men enjoy having good, intellectual discussions. If you’re offering a different opinion on a matter, they are likely to listen to you and engage in a constructive debate with you.

Also, don’t expect that you can ever change his mind in a debate. Aquarius men tend to stand by their stance and don’t leave their ground at all. Hence, it is best that you agree to disagree.

If there is one thing that Aquarians despise, it is the public show of emotion and drama. Not many Aquarians agree with displaying overwhelming emotions.

If you want to really make an Aquarian man chase you, you have to contain your emotions and talk logically in front of them.

Rather than curbing emotions, you can just ensure that the flow of emotions is natural and isn’t pretentious. There is nothing that Aquarius men hate more than pretentious emotions.

While you can display the natural emotions that come your way, you might benefit from containing the forced ones. Forced emotions don’t really sit well with Aquarius men.

Aquarius men aren’t really attracted to women who squander money. Aquarians themselves aren’t extravagant spenders and have genuine concern for the welfare of the people around them.

Similarly, if you want to have a chance with an Aquarius man, you need to make sure that you’re not squandering money or being extravagant with your purchase choices.

If you are a shopaholic, chances are that your Aquarian crush will look at you as someone who is extremely self-centered and selfish. Spending an exorbitant amount of money on daily items doesn’t really sit well with them.

As you might have guessed by now, Aquarians are all about mental compatibility and understanding. They want to understand and trust the other person in full before they can go towards forming a connection.

Knowing this, it just comes across as a poor sign when someone they marginally like starts begging for commitment right up front.

The best way to go about the process is to know each other well first. It isn’t like Aquarius men cannot commit in a relationship, but they just need some time and space before they get to do so.

Once the time and space have been provided, they would ensure that commitment does come up, and that they don’t keep the other person hanging in the loop.

If you want to have an Aquarius man chase you, you should keep commitment for later on and focus on building trust for now. Get to be on their good books and let them chase you into love and commitment.

Why is Aquarius Man Slow to Commit to a Relationship?How to Sexually Please an Aquarius Man
Hello, I'm Liz