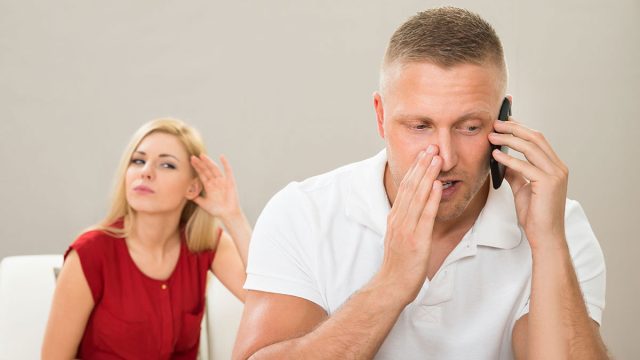 If you are dating a Taurus guy exclusively, you may wonder whether or not you have a loyal Taurus man.

Is his zodiac sign likely to be faithful or will he cheat?

Although any astrological sign is capable of being faithful or cheating, some signs have personality traits that make them more loyal than others.

So, how can you tell if a Taurus guy is more or less likely to be faithful based on his zodiac sign?

By learning more about their sign’s typical personality traits, communication style, and behaviors, you will have a better sense of whether or not Taurus men are loyal.

Their Stubbornness Makes Them Loyal

Each sign of the zodiac has a unique symbol, often an animal, that reveals something important about that sign’s personality.

Taurus is symbolized by the bull, which suggests that Taurus is a stubborn, bull-headed sign. Although loyalty is a positive trait, a Taurus man’s loyalty stems from one of his worst qualities.

One of the reasons a Taurus man is loyal is that he refuses to give up. Once he has pledged his allegiance to a person or an idea, his mind cannot be changed.

This means that in a relationship, a Taurus man will stick by his partner through thick and thin.

He can even be blinded by love because it’s so difficult for him to change the way he views his partner, even if everyone tells him something is wrong with his relationship.

For example, if it’s obvious to everyone around him that his partner is cheating on him, a Taurus man will stubbornly refuse to believe it until the evidence can no longer be ignored.

If a friend or family member says they don’t like or trust a Taurus man’s significant other, he won’t listen and will just bull-headedly defend her.

Although a Taurus man’s stubbornness is one of his greatest weaknesses, it is also part of what makes him so loyal and devoted.

They Are Loyal to Family

One of the clearest signs a Taurus man is into you is when he wants to introduce you to his family. Some signs let the person they are dating meet their relatives right away, but not Taurus.

He cares deeply about his parents and siblings, and he doesn’t allow just anyone into his inner circle. Because he is so loyal to his family, it’s a big deal when your Taurus guy asks you to meet them.

When a Taurus man gets married or has children, he will always put family first. He is undyingly loyal to them and will do anything for them.

If you are dating a Taurus guy, don’t expect him to take your side against his family. He will be torn between being loyal to you or his relatives, and that makes him extremely uncomfortable.

If you have an issue with his family, it’s best not to ask your Taurus man to take sides. Instead, work on solving the problem directly with them, and don’t try to keep your Taurus guy away from them.

They Are Loyal to Friends

A Taurus guy views his friends as his chosen family, so he will be as faithful to them as he is to his blood relatives.

If he is eager to have you meet his friends, it’s one of the subtle signs a Taurus man likes you a lot. He wants to show you off and let everyone see how great you are.

But if he is willing to ditch his friends to hang out with you alone, it’s one of the signs a Taurus man has a crush on you.

This doesn’t mean that you should intentionally put your Taurus man in situations where he has to choose between you and his friends. This will only make him uncomfortable and push him away.

But if he would rather stay at home on the couch with you than go out partying with his pals, it’s a sure sign that he is even more loyal to you than he is to them.

Their Stability Makes Them Loyal

Every zodiac sign correlates with one of the four natural elements: earth, air, water, or fire. A sign’s natural element tells us a great deal about that sign’s temperament and communication style.

Taurus is one of the earth signs, and earth signs are known as being logical, reasonable, and down to earth.

Earth signs are steady and reliable, and are generally the type of people you would want to call in a crisis or emergency.

Part of being loyal is being reliable, and once you have earned a Taurus man’s loyalty, you can always count on him to be there for you.

Their stability also means that they rarely behave erratically or out of character, so you can expect your Taurus guy to be dependable and predictable.

They Are Loyal When They Commit

Taurus men often get a bad reputation as being non-committal because they are very careful about what and whom they commit to.

This isn’t because they dislike commitment, though. It’s because they take their commitments seriously, so they need time to analyze a person or situation carefully before they will make a commitment.

If you’ve been dating your Taurus guy for a while and he hasn’t suggested taking your relationship to the next level, don’t worry. You must have patience with a Taurus man if you want him to commit to you.

Once a Taurus man commits to something, he gives it his all and is completely loyal. If you can be patient, a Taurus man’s loyalty and commitment are worth the wait.

Their Ruling Planet Makes Them Loyal

Taurus is ruled by Venus, the planet associated with love and beauty. This means that love and relationships are more significant to Taureans than many other signs.

Taurus men are more likely to be faithful because their romantic relationships are so important to them.

Taureans aren’t afraid of hard work, especially if it’s towards something they care deeply about. A Taurus man will be loyal and give his partner his all because his relationship is so valuable to him.

They Are Loyal to Their True Love

Although Taurus men don’t fall in love frequently, they fall head over heels when they believe they have found their perfect match.

If you’re wondering, “How does a Taurus man act when in love?” The answer is that he will be completely faithful because he is infatuated with his partner.

When he is just casually dating someone and hasn’t made them any promises, a Taurus man won’t necessarily be loyal.

But once he is committed to the woman he thinks is his one true love, he is very unlikely to stray.

Nothing will tempt a Taurus man in love to cheat because once he knows he has found the right person, he will devote himself to her entirely.

They Are Loyal to Their Word

If you’re unsure how to tell if a Taurus man loves you, you should know that you can trust him when he tells you that he loves you and will never leave you.

When your Taurus man says he loves you, he’s not just trying to manipulate you or tell you what he thinks you want to hear.

Honoring his word is not only important to him, it’s also how a Taurus shows love. He is a straightforward guy, so he only says he loves you if he really means it.

The typical Taurus man communication style is honest and direct. He is uncomfortable lying and he tries not to make promises he can’t keep.

You can trust a Taurus man to be loyal to his word. He means what he says and if he makes any promises to you, he will keep them.

Their Work Ethic Makes Them Loyal

Taureans are some of the most diligent and hard-working people of the entire zodiac. Although they are hard workers, they are also pleasure-seekers, so they usually have a good work-life balance.

But a Taurus man sometimes puts his work before his relationship because, in his mind, everything he does is for his partner.

When he succeeds at work, it means more financial security for his partner and his family, so he spends such long hours at the office out of love.

If you’re feeling neglected and aren’t sure how to handle a Taurus man who is always busy with work, remember that his work ethic is part of what makes him so loyal.

Not only does he work so hard to provide for his family, but he is also a loyal and dedicated employee.

If you have a Taurus boss or employee, you can count on him to take his job seriously and to do the best job he possibly can.