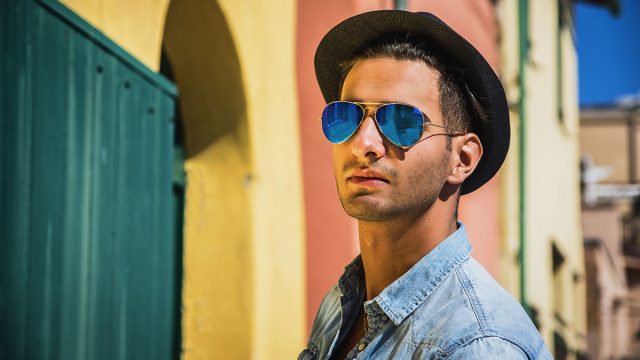 Are Scorpio men loyal when they fall in love? The answer, like everything else about a Scorpio man, is complicated.

When you see the signs that a Scorpio man has feelings for you, you may assume he’s devoted. He acts so intense at first.

What attracts Scorpio men in the first place is mystery and intrigue. He’s seduced by enigma and falls in love because he sees you as a puzzle to solve.

Yet this works against a Scorpio man when it comes to long term relationships. He is prone to becoming bored with a partner and seduced by the idea of someone new.

If you see signs a Scorpio man is playing you, you may become baffled. He may seem so deeply in love and connected. Yet Scorpio men can stray even when in love.

What a Scorpio man wants to hear is that you are completely loyal and devoted to him. He is obsessed with loyalty. In part this is because he’s actually quite insecure and can be suspicious. Yet he isn’t always obsessively loyal in return.

When a Scorpio man is completely devoted, it’s because he’s met his ideal woman. A Scorpio man’s ideal woman is someone who understands his alternating need for intimacy and space in a relationship. He needs to feel like there is always some new secret to discover.

If a relationship becomes too predictable or if you reveal too much too soon, a Scorpio man will become bored. How does a Scorpio man show love? He’ll become possessive and jealous.

If all of his needs are met, including his adventurous sex drive and desire for power, status and a deep emotional connection, he won’t notice anyone else. He’ll be completely devoted to you.

If you want to unlock his devoted, passionate, obsessively loyal side, you have to understand a Scorpio man’s nature. You need to be able to stay a step ahead of him so that he does not become bored and wander from the relationship.

He Can Stray if Tempted

A Scorpio man’s weakness in love is his roving eye. He can stray, even when he cares about you, if he’s tempted. Scorpio men are highly sexual. They can be tempted by the idea of exploring fantasies.

If your routines are becoming too predictable or if he doesn’t see you as being careful about your appearance, he may be tempted by someone new. The fantasy of discovering secrets from someone new is enticing.

The truth about a Scorpio man, though it is painful to face, is that a Scorpio man needs to feel powerful and important. If, as his partner, you embody status, wealth, power and seduction, you’ll keep his interest.

But if you get too complacent over time, a Scorpio man will start to lose interest. He will try to encourage you to look your best and to succeed. But if you don’t take the hints he’s making, he may feel like you are taking him for granted.

He Can Play Games with Loyalty

Common Scorpio man traits include his sharp intellect. He can use his intelligence to captivate his love interest. Yet he can also use his intellect to undermine your relationship. Scorpio men are known to sabotage.

They figure out the rules, assert what they want and slowly work to erode whatever gets in their way. Yet what Scorpio men don’t realize is that as they are eroding perceived obstacles, they will also break down the very foundation of the relationship.

Sometimes when a Scorpio man is unfaithful, it is because he’s convinced himself that he’s entitled to stray because you weren’t available or because he thought you were on a separation. He may also permit himself to be disloyal in a nonsexual way.

For example, if he starts to become intimate through text but doesn’t actually physically cheat, he may consider himself to still be playing by the rules. Yet if you were to do the same he would not be happy.

You may feel like your Scorpio man follows a double standard and indeed he does. He may profess his love and devotion early in a relationship. Over time, though, he will start to realize that he doesn’t like to feel confined.

When this happens, he will want to star to rewrite the “rules” when it comes to loyalty. His boundaries may suddenly change or he may suddenly want to be in an open relationship. If he doesn’t think you’ll go for this, he may just explore other options in secret.

He Expects Loyalty but Can Cheat

Scorpio man compatibility is not a guarantee of loyalty. He may have the best intentions and he may want to remain as passionate and intense as he was in the early days, but this doesn’t always work.

He may fight with himself for a long time before he finally breaks down and strays from the relationship. Yet when he does, he will no doubt feel guilty. This compels him to keep his affair a secret. He won’t want to face up to breaking your trust.

A Scorpio man will try to bend the rules first. But when he knows he’s broken them, he won’t want you to know. On some level, he knows that you will not only be upset, you’ll have power over him. This is intolerable to a Scorpio man.

He doesn’t want to feel like his mistake has given you the upper hand when it comes to power balance in the relationship. He will want to maintain a positive image and act like he’s done nothing wrong.

If you were to find out that he’s been disloyal, he fears you would seek revenge or give him a taste of his own medicine. He is terrified of this but won’t let on. So instead of showing vulnerability, he’ll just work hard to hide his infidelity.

If you try to cheat or even flirt to get back at a Scorpio man it won’t go well. He will act as if he is the victim. Instead of seeing himself as the catalyst for your cheating, he will act as if he did nothing wrong and just fixate on your indiscretion.

Scorpio men will go out of their way to give the appearance of loyalty. He will give the impression that he is doing nothing wrong. Sometimes this is true. But when he is cheating, he’ll cover his tracks.

He may go out of his way to talk about how he needs honesty and doesn’t trust others. He may use past wounds involving exes who cheated, to get your sympathy. He’ll convince you he’ll never cheat because he’s been hurt before.

He may also make an intense display of how much he values honesty and loyalty, but all the while his zealous attitudes on the outside are masking his own faulty foundation. He may cheat or be dishonest under the façade of needing loyalty.

Scorpio men are known to go to extremes. A Scorpio man will project the image of being the most devoted partner you could imagine but this may be because he is working hard to hide his dark side.

His inner tendencies may be to pursue his desires even at the cost of the relationship. He’ll work to hide this and put plenty of energy into creating the appearance of loyalty. He does this to distract you and divert your attention from his antics.

For all his potential temptation to stray, a Scorpio man actually takes commitment very seriously. He can be insecure and downright paranoid in relationships. He has major trust issues. Though he often creates trust issues for others.

One of the reasons a Scorpio man can be so slow to open up and make a commitment in a relationship is because he does take this seriously. He knows making a relationship official means more will be required of him.

If he doesn’t feel confident that he can follow through and make a guaranteed commitment in a relationship, he will opt to keep things casual. Sometimes Scorpio men know they sabotage relationships.

An insightful Scorpio man knows he can do some serious damage to the heart of his loved one. He knows that if he is not absolutely ready for a relationship, he won’t be able to be true to a commitment he makes.

He may then insist on being friends or friends with benefits, or being in an open relationship. Until he is absolutely certain that he can step up to the plate and make a commitment without straying from the relationship, he will avoid getting serious.

If a Scorpio man is not mature enough to really handle the vulnerability involved in a relationship, he may try to avoid making a commitment altogether. Even if you think he is being too cautious, he’s actually trying to be fair and avoid hurting you.