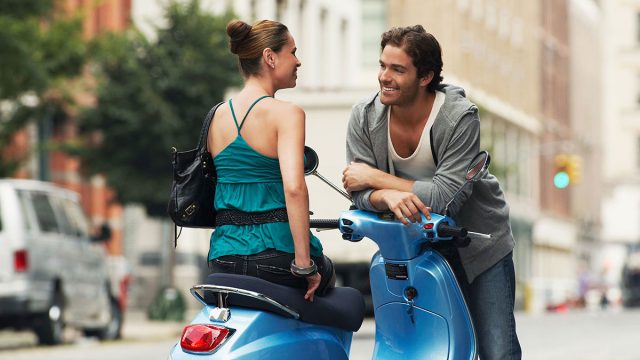 If you want a partner who is devoted and loyal, a Cancer man could be the perfect match for you.

But what makes Cancer men loyal, and how can you tell whether or not he will be true to you?

Although any sign is capable of being loyal, Cancers have a set of personality traits that makes them more consistently faithful than most.

By looking at his zodiac sign’s typical characteristics and psychological attributes, you can get a better sense of what makes the sign of the crab so trustworthy.

Understanding a Cancer man and how he thinks will help you count the many ways that he is loyal and predict whether or not he will be a faithful partner.

Loyal to Their Friends

Cancers are completely devoted to their friends and they enjoy surrounding themselves with a small, close group of people they can trust.

When a Cancer man becomes your good friend, he will be a friend for life. As long as you don’t betray him, there are no limits to what this sensitive sign will do for his loved ones.

If you want to know how to make a Cancer man happy, ingratiate yourself with his friends.

He loves nothing more than when all of his pals get along and it’s especially important to him that his significant other fits in with his group.

A Cancer friend is loyal to the end. You can trust him with any secret, responsibility, or even your heart.

Loyal to Their Families

Most people say that family is important to them, but when Cancers say it, it’s actually true.

Cancer men are very close to their families, especially their mothers. Sometimes a Cancer man may be codependent on his family to the point that he has a hard time leaving the nest and launching his adult life.

He is extremely loyal to his family and maintains a close bond with them throughout adulthood. When he has children of his own, he is a nurturing and protective father.

One of the signs a Cancer man is serious about you is when he wants you to meet his parents. He doesn’t introduce just anyone to his family and it means you’ll be in his life for a long time.

If a Cancer man talks to you about future plans like having children, it’s a sign that he already sees you as a family member and will be as loyal to you as he is to his kin.

Loyal to Their Partners

A Cancer man in love is steadfast and true. He wouldn’t even dream of cheating on his partner because infidelity is more like a nightmare to him.

When a Cancer man is in love, his significant other is the center of his universe. He builds his life around her and would never even look at another woman.

Cancers are completely devoted to their partners and they expect the same in return. If you like open relationships and avoid commitment, then a Cancer guy probably isn’t the right fit for you.

But if you want a partner who will be loyal to you in every way until the end of your days, then a Cancer man could be your perfect match.

Loyal to Their Bosses

A Cancer man’s loyalty isn’t just to his friends, family, and significant other. This sweet sign is loyal at work, too.

A Cancer guy is hard-working and knows how to save his money. He appreciates the value of a dollar and feels good after putting in a hard day’s work.

Because he doesn’t take his job for granted, a Cancer man is loyal to his boss. After all, having a job allows him to take care of his family, which is very near and dear to his heart.

You won’t catch this sign gossiping at the water cooler or in the break room about his superiors, no matter what his personal opinion is of them.

If you have a Cancer employee, know that he respects you and you can trust him with any responsibility at work.

Loyal to Their Coworkers

Just because Cancer men are loyal to their bosses doesn’t mean that they think they are better than their coworkers.

Cancer men want to do a good job and be liked by their peers at work. They won’t engage in bad-mouthing and rumors about their bosses, but they won’t alienate their coworkers, either.

A Cancer man wants a warm and friendly environment at work and does his part to keep everyone happy.

He sees coworkers as his family away from home and he treats them with the loyalty and respect he would a relative.

He cares about his workplace peers as people and genuinely wants to see them succeed. A Cancer guy is a supportive and reliable coworker.

Loyal to Their Responsibilities

The typical Cancer man’s personality is responsible and trustworthy. Not only is he loyal to the people in his life, but he is also loyal to his duties.

A Cancer guy wants the people in his life to see him as reliable. This means that he will put work before pleasure and takes whatever his responsibilities are very seriously.

Cancer men are earnest in all their pursuits and want to be the best they can be at any task.

If he is a bartender, he will work hard to become the best mixologist in town. If he is the captain of the basketball team, he will practice tirelessly and coach his team to victory.

Loyal to a Fault

Cancers are so devoted to their loved ones that they can be loyal to a fault.

It’s hard to imagine that loyalty could ever be a bad thing, but there are situations where a Cancer man’s loyalty can be toxic to himself and others.

For example, a Cancer man madly in love is so loyal that he will overlook the flaws in his partner and red flags in his relationship. This allows problems in the partnership to fester until it becomes unsustainable.

A devoted Cancer will defend his loved ones even when he knows they are wrong. This can be an issue when he supports ideas he doesn’t believe in just to have his friend’s back.

Loyalty is a wonderful quality in a person, but sometimes there are more important attributes that should take precedence. In some situations, a Cancer guy’s loyalty can be his downfall.

Cancers are quite guarded and are excellent at keeping secrets. They view secrets as a form of currency they can use to make and keep friends.

One of the signs a Cancer man likes you is when he lets his guard down and makes you his confidante. There’s nothing he won’t share with his dear ones but it takes a while for him to develop trust.

He loves being entrusted with people’s secrets because it shows him that people recognize and appreciate his loyalty.

You can trust a Cancer man to keep your secrets, no matter how big or small. He will never tell a soul and will take your confidence to the grave.

Loyal with Their Words

A Cancer man knows the true meaning of loyalty and he is faithful in every way to those close to him.

You will never catch him using his words to be disloyal. Although he is highly emotional, he weighs his words carefully and is very tactful and private.

When a Cancer man loves a woman, he will not say a single bad thing about her to anyone, even when he knows she is in the wrong.

This is not only because he views his significant other as flawless, but also because he sees it as his duty to always have her back.

In fact, despite being sensitive and moody, Cancers are quite easy for most people to get along with because they rarely say something negative about other people.

If you don’t know them very well, it’s hard to tell exactly where their loyalties lie because they are so kind to everyone.

He doesn’t like gossip and finds rumormongers unattractive. As much as he enjoys learning people’s secrets, he wants to hear it from them as a way to form a connection, not secondhand as slander.

Loyal with Their Actions

Not only is a Cancer man loyal with his words, but he is also loyal through his deeds. He won’t talk negatively behind anyone’s back and he won’t betray them through his actions, either.

Cancers need to feel safe and secure with their loved ones, so they take any form of betrayal very seriously.

If you want to know how to keep a Cancer man hooked, show him that you are just as loyal as he is. If you want to get close to him, be reliable and let him know he can depend on you.

A Cancer guy would never steal his friend’s girlfriend or take credit for someone else’s idea at work. Loyalty is about more to him than just being faithful to a partner and a Cancer man is loyal in every way.