What Happens When a Libra Man is Upset? 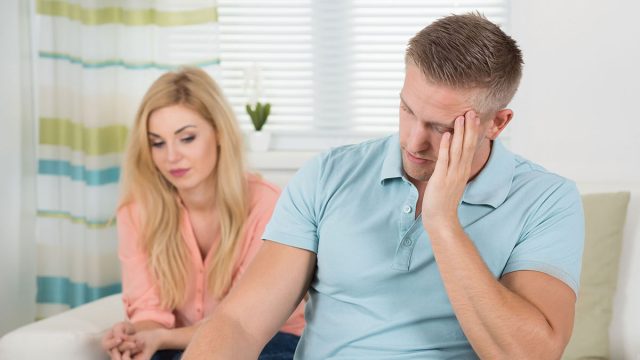 If you are dating or close friends with a guy born under the sign of the scales, you may wonder what happens when a Libra man is upset.

How does a Libra guy show his fury?

Some astrological signs are more prone to anger than others, and each sign has its own way of expressing rage.

Does a Libra guy scream and shout, or does he withdraw to handle his feelings privately? Or does he manage his anger some other way?

By learning more about his star sign, you can get a better idea of what to expect when your Libra man is upset.

Libras don’t like to rock the boat, so they are unlikely to make it known when they are upset.

Libras are also highly sensitive to the feelings of others and can almost always tell when the people around them are mad.

They expect others to have the same sensitivity, so when Libras get upset they become passive-aggressive and assume everyone around them will figure out that they are angry.

If he starts acting irritable or out of sorts, it could be one of the signs a Libra man is trying to hide his feelings.

Instead of telling you directly how he feels, he becomes agitated and waits for you to realize something is wrong.

When a Libra man stops talking to you, it could be an indicator that he’s upset, either with you or someone else. He is either taking some space to get over it or communicating that he needs an apology.

When your Libra man gets mad, don’t expect him to spell it out for you. He wants you to realize on your own that he’s angry and try to comfort him.

He Won’t Confront the Source

Although telling a Libra man how you feel is easy because he is such a good listener, a Libra man has a difficult time being forthcoming about his feelings.

Libras are great at helping other people work through their emotions, but paradoxically, they are uncomfortable facing their own feelings.

What scares a Libra man more than anything is direct confrontation. When someone makes him mad, he is unlikely to confront the source of his anger.

He would rather sulk and pout about it to his loved ones and complain behind the back of whoever upset him.

If a Libra guy is mad at you, you are more likely to hear about it from somebody else first instead of straight from him.

He Tries to See All Perspectives

Each zodiac sign has a unique symbol that encapsulates the distinct personality traits of that sign. Libra is the only star sign with an inanimate object as its symbol.

The symbol for Libra is the scales, which conveys that Libras are interested in equality and fairness.

They weigh the pros and cons of a situation very carefully before making any decisions, and they are great at putting themselves in other people’s shoes to see a different perspective.

If a Libra guy gets angry, he will try his best to look at the situation from the viewpoint of whoever upset him. He wants to understand why the person acted the way they did.

Libras are the sociologists of the zodiac and they like to analyze human behavior. I Libra man will try to get to the bottom of someone’s upsetting actions before he reacts.

If he can understand and relate to what made the person upset, he won’t get as mad. But if he can’t comprehend the person’s actions or believes they are coming from a bad place, he will get angry.

He Fights His Feelings

While no sign enjoys feeling angry or sad, Libras are particularly uncomfortable with negative emotions.

They tend to bottle their feelings up both for the sake of others and because they don’t want to face unsettling emotions.

A Libra man will try hard not to get upset, or he will at least try to hide his anger. He doesn’t want to lash out at anyone or take on painful emotions.

Libras are generally easy-going and level-headed and they enjoy maintaining this reputation. You don’t have to worry about a Libra man getting angry and emotional all the time.

Some signs are more vengeful than others, and Libra is definitely a sign that seeks revenge.

For Libras, revenge isn’t about being malicious or hurting another person. It’s about settling the score.

As the sign of the scales, a Libra man will want to restore balance if someone has done something to deeply hurt or upset him.

He probably won’t seek revenge for minor infractions, like borrowing something of his without asking or leaving the kitchen a mess. He can easily let the small things go.

But if you betray a Libra guy or do something particularly horrible to him, watch out, because he will get revenge.

For example, if you cheat on a Libra man, he might be unfaithful in return to settle the imbalance in the relationship.

Don’t think that you can get away with hurting a Libra, because this vengeful sign will seek retribution in the name of justice.

He Gets Angry Rarely, But Forcefully

Libras usually keep their cool and don’t get upset easily, but when they do get angry, they get really angry.

Libras tend to bottle up their emotions until something tips them over the edge and they explode. And when a Libra man gets angry enough, watch out, because his fury is rare but powerful.

If you are wondering how to handle a Libra man when he is in a fit of rage, sometimes your best option is to give him some space.

Leaving a Libra man alone when he is having a fit gives him time to vent his emotions in a productive way, or at least prevents him from yelling at you or throwing an embarrassing tantrum in your presence.

Don’t meet his rage with your own anger, otherwise, you are sure to have a horrific fight. You might be used to your libra man backing down, but he won’t when he gets angry enough.

Once he has calmed down a bit, make sure you apologize sincerely and talk through the problem logically and rationally.

He Tries to Make Peace

Libras are the peacemakers of the zodiac and they dislike any sort of interpersonal conflict.

When a Libra guy is upset with someone, he wants to resolve the issue and make peace as soon as possible.

He avoids angry confrontations but strives to work through any disagreements calmly and rationally.

If he gets so mad that he lashes out at you, he will feel terribly guilty and will want to apologize and make up as soon as he has calmed down.

He finds a lack of self-control unattractive in others, so he gets embarrassed when he loses control of his emotions and blows up.

A Libra guy never picks fights for the sake of drama. Although they enjoy mentally stimulating debates, Libras don’t like fighting and they go out of their way to avoid and resolve arguments.

He Fights for Others, Not Himself

Because they are so non-confrontational, Libras have a hard time sticking up for themselves. But their sense of justice and their caring nature sometimes require that they fight for their loved ones.

A Libra man is much more likely to get angry on behalf of a loved one than himself because it’s easier for him to defend others.

One of the characteristics of a Libra man in love is when he is willing to stand up for his partner.

For example, your Libra might have a hard time sticking up for himself at work when his boss or coworkers are being rude or demanding.

But he has no problem standing up for you if someone hurts your feelings or says something rude about you behind your back.

He Seeks Comfort From Loved Ones

If you are asking yourself, “What kind of woman do Libra men like?” The answer is someone level-headed who knows how to soothe him when he is disturbed.

Libras rarely get angry, so when they do it’s very uncomfortable for them. They are also prone to anxiety and need partners who can help calm them down when they are distressed.

If you want to know how to handle a Libra man when he is upset, don’t get worked up on his behalf. Instead, calmly and quietly help him work through his problems logically.

If your Libra guy comes to you when he is mad, let him vent his frustrations to you. Ask him questions so that you can get a full picture of the situation.

Then, help him weigh the pros and cons of how he should handle the person or problem that made him so angry.

It impresses and soothes a Libra man when you help him work through his anger rationally. It shows him just how valuable of an asset and a partner you truly are.