What is The Libra Man Texting Style? 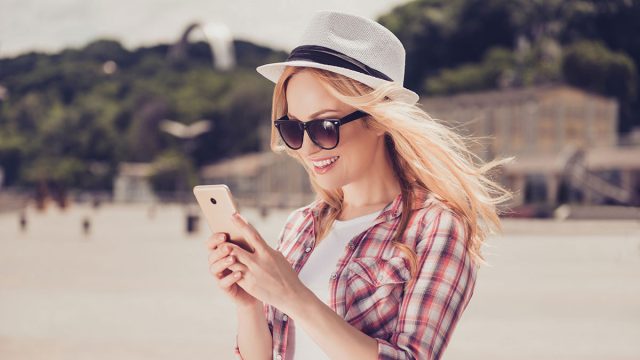 A Libra man’s texting style isn’t always exactly like his in-person communication style. There will be some key differences.

Some of the ways he communicates will be similar, but his texting is often far more light-hearted. He typically saves serious conversations for face-to-face interactions.

What is a Libra man’s texting style? It is often cheerful and light. Libra men enjoy having fun, light-hearted conversations over text. Your Libra man will want to save any serious discussions for when you’re physically together.

A Libra man will typically match your energy. If you’re calm, he’ll be calm. If you’re excited and use a lot of emojis, so will he! He’ll also likely flirt with you, especially if you initiate.

Many Libra men have a light-hearted, relaxed texting style. They save the majority of serious topics for in-person conversations.

This has a lot to do with the fact that it’s hard to read tone over text. A Libra man doesn’t want to be misunderstood or accidentally offend someone when texting with them.

A Libra man might talk about current events or academic topics over text, but he’ll try to keep things friendly. Any debates he has will be all in good fun rather than serious discussions.

Libra men will often joke around a lot in text messages. They might use emojis or send pictures to make sure that their tone is coming across correctly.

If you ever need to talk to a Libra man about something serious, it’s usually a good idea to ask him to call you or meet up with you.

Libra men love to use emojis when they text. They think it helps with their tone, and it’s also just fun for them!

If overuse of emojis annoys you, try to get over that if you’re going to text a Libra man often. He might stop if he knows it bugs you, but he won’t always.

Libra men are very visual people. Many of them are also artistic and creative. Sometimes, an emoji helps them to fully express themselves when texting.

In-person, Libra men can be very expressive. They laugh and smile a lot. A Libra man might touch your arm or lean in close to show that he’s comfortable with you and having a good time.

He can’t do those things over text. Instead, he does whatever he can to convey how you should read his messages. Emojis help with this.

If a Libra man is not texting back, it might be because you haven’t been putting in an effort to communicate with him lately.

Libra men prefer when text conversations are reciprocal. He will text you first sometimes, but you also need to initiate conversations if you want to chat with him.

If a Libra man sends you a long message, don’t just reply with a single word or an emoji! If that happens too often, he might stop messaging you.

If a Libra man texts you every day, he’ll expect you to respond. If you frequently ignore his messages and never start conversations, he’ll stop messaging you as much.

Is your Libra man not texting first, even though he usually does? That’s your problem right there! He doesn’t want to be the one texting first all the time. You need to initiate conversations sometimes too.

Libra men like to match the energy of the person they’re texting with. This doesn’t mean that a Libra man will text precisely like you. He will do things like match your tone or texting frequency.

If you notice that your Libra man is texting less, look back on how you’ve been communicating with him. He is going to match your energy.

A Libra man’s texting habits will often align with yours. If you message him all the time, he will respond and start conversations with you all the time as well!

If you rarely message your Libra man, he will not message you that often either. When you constantly respond to his messages days after he sends them, he won’t be in a rush to respond to you.

When you are more lowkey and laidback, he’ll be that way too. When you’re excited, he’ll match that energy.

Libra men tend to communicate in an open, honest manner. They aren’t the type to have hidden meaning behind what they say.

If a Libra man says something to you via text, you can usually take whatever it is at face value. He’s not trying to trick you or talk circles around you.

When a Libra doesn’t want you to know something, he usually avoids talking about it. He doesn’t usually outright lie.

You can typically trust anything your Libra man says to you over text. If he compliments you, he means it. If he makes a promise or tells you he’ll do something for you, he will follow through.

If you’re the type of person who constantly looks for hidden meanings in what people say, don’t bother doing that with a Libra man. His texts will almost always be honest and transparent.

This one weird trick is the only way to attract a Libra man.

How do Libra men text? Many of them tend to be very flirtatious, whether or not they are romantically involved with the person they’re texting.

Some Libra men like to flirt for fun. Your Libra man might send some winking faces or tell a flirtatious joke while you two are texting. This doesn’t mean that he’s being serious, though.

Libra men are naturally charming. This will often come through in the way they text. A Libra man might send heart emojis to show affection, though he won’t always mean it romantically.

Be careful not to assume that a Libra man wants more from your relationship because he’s flirting via text! He might not be serious.

Many Libra men have a sweet, pleasant nature. This comes through when a Libra man is texting someone he likes.

When a Libra man is interested in you, he might compliment you via text. He’ll let you know how great the selfie you sent him looks or how much he enjoyed seeing you the night before.

Libra men are the type of people to send sweet good morning or goodnight texts. If your Libra man sees something that makes him think of you, he’ll text you to let you know.

The charming personality of a Libra man comes through in his texts. He can more carefully select his words and make sure he’s coming across the way he wants to when texting you.

One of the signs a Libra man likes you through text is that he’ll be highly romantic. He won’t just flirt with you. He’ll be affectionate and caring.

You will be able to tell the difference between playful flirting and when a Libra man is being truly romantic with you.

If a Libra man loves you, he’ll text you to tell you so! He will make it very clear that he’s being sincere and not just playing around. If your Libra man is artistically inclined, he might even send you poetry he’s written for you.

Your Libra man will do things like sending you sweet messages all day long on your birthday or anniversary. If he can’t be with you physically, he will do everything possible to make sure you know he cares about you.

A Libra man doesn’t always text the people he talks to long stories or even any words at all. Many Libra men love sending pictures back and forth.

Your Libra man might send you selfies, photos of the restaurant he’s at, or pictures of the sunset he’s watching. Libra men love enjoying the beauty all around them. He’ll want to share it with you as well!

A Libra man might also send memes or silly pictures he’s found on the internet. Pictures are a great way to start a conversation and share what’s happening when your Libra man can’t physically be with you.

Should you text a Libra man first? You should do that sometimes! If you aren’t sure what to say, send him a funny picture or a selfie to get things started.

A Libra man’s communication style over text tends to be very cheerful. He knows that it’s hard to read tone in written communication, so he’ll likely try to be as upbeat as possible.

If a Libra man is texting you often, it’s likely because he enjoys talking to you! He’ll always seem happy when messaging you because he probably is.

Libra men try to be as positive as possible when talking to the people they like. Your Libra man doesn’t want to drag you down with any “negative” emotions, even if he feels bad.

Libra men are also not likely to talk about their problems over text. If a Libra man has a hard time and needs your support, he’ll probably ask to see you. He prefers to get help and comfort that way rather than via text.