Why Has a Libra Man Stopped Texting Me? 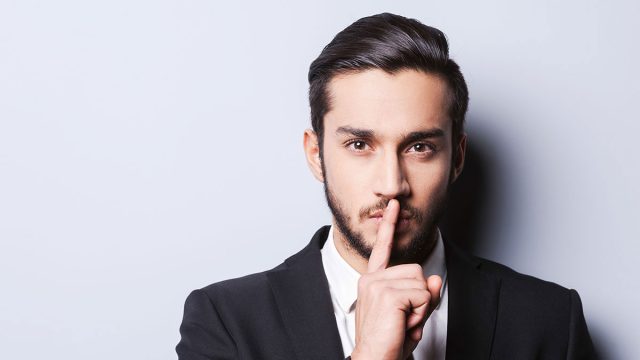 If it’s been a while since you’ve heard back from your chatty Libra guy, you’re probably wondering what makes a Libra man stop texting?

What causes him to stop responding to your messages and calls?

When a Libra man ignores your text, it’s easy to assume the worst. You might automatically think that he has lost interest in you or that he’s ignoring your messages because he’s with another woman.

But when a Libra man goes quiet, it doesn’t necessarily mean that he’s not into you or that he’s pulling away. There are many other explanations for his sudden silence.

By learning more about his astrological sign’s personality and communication style, you can figure out what it means when a Libra man stops talking to you over text.

He Prefers Another Method of Communication

If you can’t get a reply to your messages, it’s not necessarily one of the signs a Libra man is not into you. Don’t jump to the conclusion that he’s lost interest just because he hasn’t responded to your text.

Many Libras prefer talking on the phone to texting. They like to hear the sound of someone’s voice and have a more intimate and personal interaction by speaking instead of typing.

Some Libras may prefer chatting on Facebook or other social media platforms instead of texting.

If he won’t respond to your texts, try giving your Libra man a call instead. Whenever you speak to him again, ask him what’s the best way to reach him and if he prefers talking over texting.

He is Busy Texting Other People

Libras are one of the most social signs of the zodiac. They are charming and friendly, so they have a lot of people trying to communicate with them at all times.

If your gregarious Libra guy isn’t texting you back, he could be fielding messages from dozens of people at the same time.

He can’t reply to everyone at once or follow up every conversation, so sometimes it takes him a really long to respond.

He might be so caught up in another text exchange that he misses your text entirely or simply forgets to respond when he’s done talking to someone else.

If you are trying to reach a Libra man, just know that you have a lot of competition. Be forgiving of this social butterfly when your messages get lost in the shuffle.

He is Using His Phone for Social Media

Libras are usually strong communicators and they are extremely social. They love social media and are constantly glued to their phones and computers to use various platforms.

If your Libra guy isn’t replying to your text messages, he’s likely busy using an app on his phone, and it’s probably social media.

When you can’t get a response, check his profiles and see if he’s online. There’s a good chance he’s scrolling through Instagram or posting on Twitter, and that’s why he hasn’t even seen your text message yet.

If you can see that he’s online, try sending him a message there instead. He’s not ignoring your texts, he’s just busy using his phone for social media.

He is Out at a Social Event

When this sweet and funny guy stops texting you, it’s easy to assume that this is one of the signs Libra man has lost interest.

But you have to remember that Libras dislike being alone and are often surrounded by other people. If he’s with his friends or family, he’s probably not checking his phone as frequently as he would when he’s alone.

If your Libra guy is out at a social event and having such a good time that he’s staying off his phone, the last thing he wants is for you to call or text over and over.

Go spend time with your friends, too, and leave your Libra man alone until he’s free to respond to you.

He Forgot to Respond

If you’re driving yourself crazy asking, “What does it mean when a Libra man stops texting?” The answer is that it might not mean anything at all.

He might have simply forgotten to respond to you. He might have looked at your message and needed time to think about his reply, only to get distracted and allow your text to slip from his mind.

If he does this a lot and seems to forget to respond to other people’s messages, too, you have nothing to worry about. Your Libra guy is just absent-minded and not the best at texting.

But if he only forgets to text you and always seems to reply to all of his other contacts, it could be a sign that he doesn’t care about you as much as he should.

He is Playing Hard to Get

When you’re wondering what to do when a Libra man ignores you, try not to assume the worst. He could just be playing hard to get to grab your attention and see if you fight harder for him.

Libras are excellent at flirting and they love the thrill of the chase. When he doesn’t respond to you right away, your Libra guy might be acting coy and pretending that he’s too busy to reply.

He is playing a mind game and wants to make you sweat a little, but not in a bad way. He’s trying to look cool and like he has better things to do than sit around on his phone waiting for a text.

Your Libra guy is just trying to impress you, no matter how frustrating or anxiety-inducing his tactics may seem.

Another reason a Libra guy might go silent on you is that you hurt him in some way and he is giving you the silent treatment.

This could either be to punish you because Libras can be vengeful, or to communicate that he is upset because Libras are passive-aggressive and non-confrontational.

If you’re not sure what to do when a Libra man pulls away because you hurt him, give him a little space.

Text him to let him know that you’ve hurt him and you would love the opportunity to give him a sincere apology. Then wait for him to come to you after he has taken the time he needs.

He’s Not Into You

Although it’s certainly not the only reason he might not text you back, unfortunately, his lack of response may be one of the signs a Libra man isn’t interested in you.

Libras are natural peacemakers and they hate making anyone upset. They would rather disappear quietly than tell you to your face that they don’t like you.

If he never responds to any of your attempts to get in contact with him over various social platforms, it could be time to let your Libra man go.

If you’re not sure how to know when a Libra man is done with you, ghosting you and stopping all communication is a strong indicator that he has moved on.

He is Avoiding Confrontation

When your Libra man ignores your text messages, he could be avoiding you because he knows a fight is inevitable.

If he has done something to upset you or has bad news for you, he will put off dealing with it for as long as possible.

Libras are prone to anxiety and can get very worked up when they know a confrontation is coming.

They hate feeling guilty or like they are in trouble, so if they’ve wronged someone, they’ll go out of their way to avoid that person.

If your Libra guy is dodging your text messages, ask yourself if there’s anything he has done recently that he thinks might upset you. Let him know he can tell you anything and that there’s no reason to be afraid.

Don’t assume that what he has to tell you is a deep, dark secret. It could be something as small as he forgot to take the trash out and knows that annoys you.

Once he feels safe with you, he will admit whatever he needs to tell you and finally get it over with so you both can move on.

He is Seeing Someone Else

If a Libra guy suddenly stops talking to you, it could mean that he’s in love with somebody else.

As social and flirtatious as he is, a Libra man is devoted and faithful to his partner.

Maybe he led you on or perhaps you misread the signs, but a Libra guy in love won’t cheat, not even by sending a flirtatious text message.

Don’t feel bad or be surprised if you find out later that your Libra man is seeing someone else. Libras are so naturally seductive and charming, it’s hard not to assume they are single.

Do Libra Men like Public Display of Affection?10 Easy Tips to Help You Date a Libra Man
Hello, I'm Liz