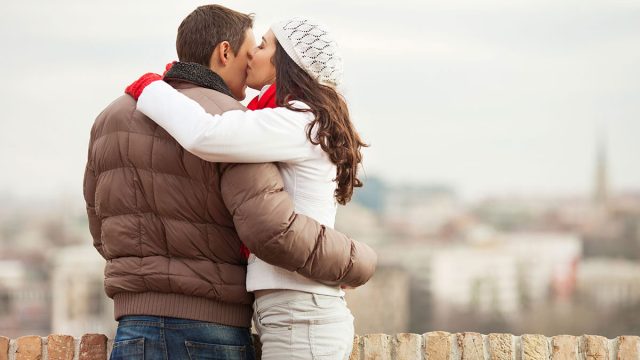 Libra man, Pisces woman compatibility can be the best or worst combination. There is no in between.

This couple will either push all the wrong buttons or will learn to work well with each other. They have little in common.

Libra man compatibility is greatest with other intellectual air signs or passionate fire signs. He can tolerate the moody nature of a water sign, like a Pisces woman, but it takes effort.

Libra and Pisces compatibility percentage can be low unless a both come to accept each other’s differences. Pisces women are emotional and deep. These qualities make a Libra man feel smothered.

Even a Pisces and Libra friendship can be problematic if certain measures aren’t taken to understand each other. If both work hard to see through their differences, this can be a unique combination.

Libra compatibility requires flexibility, compassion and kindness as well as an emphasis on intellectual matters and art. It may seem ironic, but as much as Pisces women embody compassion, creativity and empathy, this combination faces many challenges. They have different styles.

Of course, what she really doesn’t understand is how he can possibly not take everything as seriously as she does. He intellectualizes his feelings. This baffles a Pisces woman. Everything, good and bad, can bring tears to her eyes. This terrifies a Libra man.

If a Libra man and Pisces woman want to succeed as friends, there are a few things they need to understand about each other. A Libra man needs to get comfortable with his Pisces friend’s moodiness. He doesn’t need to take on her emotions.

Yet he shouldn’t talk her out of them either. He needs to accept her mood swings and sensitive feelings as part of her unique charm. He never intends to hurt anyone, but a Pisces woman can misinterpret any facial expression and think the worst.

If she wants to keep him as a friend, a Pisces woman can’t let a Libra man think he has to walk on eggshells. She needs to keep herself grounded. If she can process her feelings with others, the friendship can survive.

Instead, this pair should focus on what they have in common. They can work on creative projects together, attend workshops to learn about spiritual topics or healing. They can focus their conversations on topics such as art, literature and their idealism.

Getting creative together can also give this pair opportunities to strengthen their friendship while having a positive, emotionally neutral, outcome to focus on. It helps if the Pisces woman leans more toward her dreamy side and less toward her moody side.

Libra man, Pisces woman famous couples are in short supply for a reason. This pair will struggle in romantic relationships even more than in friendship. Both are romantic and sentimental.

Pisces compatibility requires deep emotional connection, constant reassurance and encouragement and lots of affection and undivided attention. To a Libra man, this will seem like a great responsibility to take on. He may feel overwhelmed easily by her emotional needs.

A Libra man can be flirty and sweet, but this is not the same as being emotionally vulnerable. Many women can accept the difference and assume his flirtation is the same as emotional expression. A Pisces woman knows there’s a difference.

The most challenging aspect of a romantic relationship with a Libra man and Pisces woman is their tendencies to be jealous. Though triggered by different things, a Pisces woman is likely to feel insecure when her Libra man simply pays attention to anyone else.

This complicates matters since he has numerous friends and may be friendly and flirty with other women without intending to hurt his partner. When she isn’t seeking his attention, a Pisces woman may be lost in her dream world.

This is the closest she comes to what he would consider “shutting down.” She does this as a matter of self-care however a Pisces woman is not trying to ignore her Libra man. She is simply following her impulse to escape from reality into her fantasy world occasionally.

If a Pisces woman can become more adept at communicating her needs rather than just disappearing her man will be reassured. If a Libra man can accept that she needs a great deal of attention, this couple can learn to forge a stronger connection.

It’s not a guarantee, but if both a Libra man and a Pisces woman are willing to put in the work necessary to make their romance last, they can find a way to balance each other. Once solid, a Libra and Pisces marriage can ensue.

One of the biggest challenges to overcome will be a Pisces woman’s urge to rush too fast, too soon. She will instantly fall in love and when she feels the connection, she’ll assume her Libra man feels it too.

Even if he is as much in love as she is, Libra men have a slower pace than Pisces women. He will waver for some time before he finally settles down. A Pisces woman needs to be patient, or she’ll drive him away.

When this couple does commit to a marriage, their insecurities can give way and they can truly focus on showing each other compassion and romance. A Libra man is usually dreamy and idealistic and prefers to let someone else do the heavy lifting in relationships.

Yet when he’s married to a Pisces woman, he will be the more direct and decisive of this pairing. As dreamy as a Libra man is, a Pisces woman is even more of an escapist when reality becomes too serious. A Libra man will take the lead and be the planner of the partnership.

The Pisces woman will tend to his emotional needs and can be a catalyst for deeper healing and compassion. Both may come up with dreamy and romantic ideas and a Libra man will create strategies to bring these dreams into action. Neither loves to show initiative.

Yet they can take turns taking the lead with the right motivation. If neither takes the lead in this partnership, they can get lost in escapism. They can share illusions and pursue pleasure but procrastinate when more serious matters need attention.

Though they both love pleasure and harmony, both can easily give in to their whims and put pleasure over other priorities. This can make a romance exciting. Yet in a marriage, when more serious matters need attention, this couple can struggle.

Libra man, Pisces woman comments often mention how sensual both of these signs are in bed. It’s true that both a Pisces woman and Libra men are incredible lovers. They just have to work through their differences to fully enjoy their potential in bed.

A Pisces and Libra sexual compatible couple can enjoy passionate intimacy. As long as both understand the nature of their relationship, problems can be avoided. Yet if they are friends with benefits, chances are a Pisces woman will fall in love first.

She may come to the false conclusion that his interest in her sexually must also correspond to a romantic interest. Though a sexual relationship can evolve into an emotional one for this couple, this is not guaranteed.

Yet if they are already a romantic couple, their sex life can enhance an already strong emotional bond. The key is, the emotional attachment has to exist without the sexual connection. Otherwise, a Pisces woman may fall into illusions about the relationship.

If both partners are clear that their only intention is to enjoy their sexual compatibility, this relationship can be satisfying. A Libra man can express his dreamy, tender and affectionate style of lovemaking. A Pisces woman can escape reality in an earth-shattering affair.

Both are highly attentive to each other’s needs in bed. This is one arena in which a Pisces woman’s deeply emotional side benefits a Libra man. As long as she doesn’t demand emotional commitment, he will feel secure enough to open up through sexual connection.

Their shared sensitivity will lead them to engage in sensual, romantic sexual encounters. Neither tries to push the other outside of their comfort zone. A Libra man may even show more vulnerability in bed because he’s not under pressure to do so.