How to Make a Libra Man Fall in Love with You 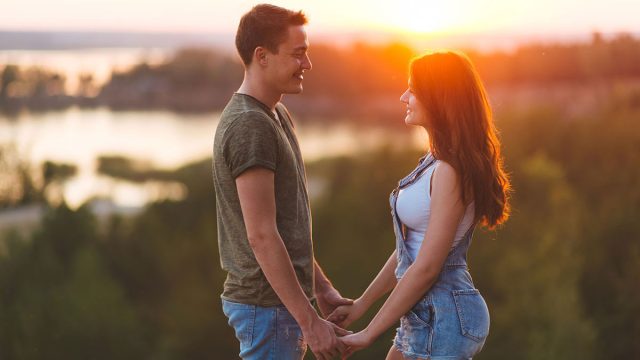 If you have your eye on a man born under the sign of the scales, you are probably wondering what you can do to make a Libra man love you.

What does he find attractive in a woman?

You can discover a lot about what makes a man fall in love by learning more about his zodiac sign.

The more you understand the typical Libra traits, the better equipped you will be to recognize the characteristics of a Libra man in love.

By learning more about the Libra horoscope sign, you can figure out how to make a Libra man obsessed with you and fall in love.

Each sign of the zodiac is ruled by a heavenly body that explains a unique aspect of that sign’s personality.

Libra’s ruling heavenly body is Venus, the planet of love and beauty. This means that those born under the Libra sign are aesthetically gifted.

This gift can manifest in several different ways. For example, a Libra could have a keen artistic eye and be a skilled photographer, painter, or designer.

For most Libras, it means that they can be a bit shallow and focused on outward appearances.

If you want to make a Libra man fall in love with you, you need to take care of yourself and dress to impress him. He isn’t attracted to a woman who looks sloppy or unkempt.

When you know you’re going to see your Libra crush, put a little extra effort into your appearance. Wear a nice outfit, put on some makeup, and do your hair.

When you look your best, your confidence will shine through, and self-confidence is also attractive to a Libra guy.

Although they are sweet and romantic, Libras also need their space. They can’t stand having a clingy or needy partner. A Libra man won’t fall in love with a codependent woman.

When he pushes you away and tells you that you’re being too demanding, it’s one of the signs a Libra man is not into you.

If you want a Libra man to fall in love with you, you have to show him that you’re independent. He has to see that you don’t need a partner, you just want one.

A Libra guy is attracted to a woman who can take care of herself and has a life of her own.

Tell your Libra man about your friends, family, work, passions, and hobbies. Show him that you have a lot going on and aren’t looking for a boyfriend to complete you.

The less clingy you are, the more likely a Libra guy is to fall in love with you.

Play a Little Hard to Get

Libras are notoriously indecisive, so sometimes a Libra guy won’t let himself fall in love because he’s afraid to make a decision and commit.

If you notice the signs he loves you but is scared to commit, you can get your Libra guy to show he’s in love with you by playing hard to get.

Don’t play too hard to get, or else he might think you are unavailable or uninterested. But a Libra guy likes a little romantic chase, so if you want him to fall in love, let him pursue you.

A Libra guy likes when a woman who isn’t too eager to couple up and get serious. You need to show him you’re single and looking for a relationship, but you won’t fall for just anyone.

Be coy and flirty with your Libra guy. Make him chase you, but don’t let him know he has won you over too soon.

A Libra man will fall in love when he sees that you’re not trying to rush or force him into a commitment.

Be Social and Outgoing

Libras are the social butterflies of the zodiac. They love being around lots of people and socializing in groups.

A Libra guy likes to mingle and talk to as many people as possible. If you are wondering how to know if a Libra man is playing you, he will talk to every woman in the room but you.

A Libra guy can’t fall in love with a homebody or someone who resents him for being so outgoing. He needs someone as gregarious and sociable as he is.

If he wants to go out when you’d prefer to stay in, make an effort at least sometimes to meet his needs for social interaction.

You have to get off the couch, get dressed, and go out with him if you want a Libra guy to fall in love with you and see that you’re a good partner for him.

Libras are naturally kind and compassionate. They will go out of their way to make other people comfortable and feel good about themselves.

But if a Libra man constantly has to reassure and uplift his partner, he may become exhausted and resentful.

He needs a confident partner who won’t constantly whine about her insecurities and try to make him console her.

Another reason why a Libra man needs a confident woman is that he is such a flirt. He needs a partner who understands that even though he charms everyone, he is faithful to her.

If you want to make your Libra man fall in love with you, you first have to show him that you love yourself.

Don’t get jealous when he talks to other women and don’t share every petty insecurity you have about yourself with him.

He is loyal and will boost your ego when you need it, so don’t worry about infidelity or constantly make him reassure you.

Each zodiac sign has a symbol, usually an animal, that encapsulates the unique personality traits of that sign. Libra is the only sign symbolized by an inanimate object.

The symbol for Libra is the scales, revealing that Libras are interested in justice and equality. They strive for fairness in everything they do and are impressively diplomatic.

Although he does his best to remain unbiased, when a Libra man is interested in you, he will take your side over anyone else’s. He can’t help but be partial to the women he loves.

A Libra guy wants a partner who is as fair-minded as he is. Show him that you are unprejudiced and can see multiple perspectives of an issue.

Your Libra man will fall in love when he sees that you are as interested in fairness and equality as he is.

Libra is one of the sweetest and kindest signs of the entire zodiac. Although they are thick-skinned and aren’t easily offended, they are very sensitive to the feelings of others.

A Libra guy is compassionate, and he needs a partner who is just as sympathetic and understanding as he is.

To make him fall in love with you, you need to show your Libra guy that not only do you care about him but that you also care deeply for others.

Make Him Feel Good About Himself

One of a Libra man’s greatest attributes is that he knows how to make other people feel good. He is charming and pleasant and has a warm and welcoming presence.

A Libra guy will uplift his partner and make her feel confident, but he needs the same in return.

Although they don’t like to show it, Libras can be quite self-conscious and insecure. A Libra man wants a woman who will give him compliments and boost his ego without him having to beg for it.

To make him fall in love with you, lavish your Libra guy with sincere praise. Lift him up when he needs it and make him feel good about himself.

Because it is ruled by Venus, the planet of love, Libra is one of the most romantic of all the zodiac signs.

A Libra guy knows how to be romantic, but he doesn’t show this side of himself to just anyone. Usually, only his partner knows just how romantic a Libra man can be.

He will sweep you off your feet with traditional romantic gestures. A Libra man will spoil you with flowers, jewelry, letters, and more to show you his devotion.

If you want a Libra man to fall in love with you, you have to appreciate his romantic gestures and show him a little passion in return.

When he gives you a love letter, stick a cute note in his car for him to find the next day. When he buys you chocolates, pick up his favorite candy for him next time you go to the store.

Engage Him in Stimulating Conversation

Libras are intelligent and talkative, and part of the reason they like socializing so much is that they crave stimulating conversation.

A Libra man won’t fall in love with a woman who can’t carry a discussion or doesn’t have anything of interest to say.

To win over your Libra guy, engage him in mentally stimulating talks. Bring up topics you love or know a lot about to impress him and get his brain working.

A Libra man will fall in love with you when he finds himself wanting to talk to you all the time and reflecting on your deep conversations.

How do You Make a Libra Man Laugh?How to Play Mind Games With a Libra Man
Hello, I'm Liz