10 Signs a Libra Man is in Love with You 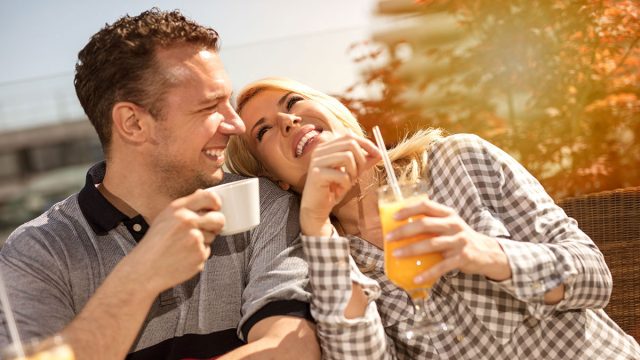 A Libra man’s love signs are easy to miss. You’ll see signs a Libra man is trying to hide his feelings first.

When you know what cues to watch for, you’ll know how to make a Libra man obsessed with you.

When you recognize the characteristics of a Libra man in love with you, you’ll be able to encourage his attraction. Libra men can show their love in subtle ways.

When you see signs a Libra man has a crush on you, you’ll know you’re doing all the right things. Libra men are idealists. They fall in love with the image you project.

You’ll likely see that a Libra man taking it slow is actually a Libra man who is already falling in love. He’s usually just waiting to be sure it’s the right time to commit.

1. He Paints a Portrait of You

A Libra man is the artist of the zodiac. When he’s in love with you, he’ll want to use his artistic medium to memorialize you. He may ask you to sit for a portrait.

A Libra man may also use a photograph of you as inspiration for an art project. He’ll want to capture your beauty and create an artistic rendering of you based on how he sees you.

He will also want to surround himself with reminders of you. He may keep photos of you around his office or home. He may also want to draw or paint you not just once but many times. This is because he finds you beautiful.

But it is also a sign he is in love with you. He wants to be surrounded by your likeness as a reminder of not only your physical beauty but of all the things you represent to him.

2. He Wants to Go Everywhere with You

A Libra man has two speeds. He’ll either stick to you like glue or he’ll spend time with you but then need to retreat. Mostly, though, when he’s in love with you, a Libra man will want to go everywhere with you.

When a Libra man is in love with you, he’ll see you as a perfect complement to himself. He will want to have you by his side to accompany him in all his adventures.

He’ll also want to weigh his options with you as his sounding board. He’ll want you to be his constant companion. He’ll show his love for you by inviting you even on mundane outings.

3. He Introduces You to His Friends

If you’re wondering how to know if a Libra man is playing you, you’ve got to look for signs he’s letting you into his personal life. When he introduces you to his friends, it’s a positive step in the right direction.

This is a sign that he is in love with you. Otherwise, he would just maintain a fun and flirty affair without bringing you into his personal life. When he takes this step, it means he’s serious about you.

A Libra man is also highly sensitive to issues around whether his friends will get along. He always wants to create harmony. He may avoid introducing you to his friends at first because he worries about tension erupting.

He frets about whether or not you will get along with his friends and vice versa. When he does introduce you to his friends, keep in mind that it is important to him that everyone gets along.

Try to find something in common or relatable about each of his friends. He’ll be glad you hit it off with his friends and this will further his comfort with you.

4. He Texts You Romantic Sayings

Especially if he follows up making plans to see you. When a Libra man is in love with you, he will check in with you morning, noon and night. He will also want to spend time with you. Be leery of a Libra who only texts.

Yet when he does text you, he’ll show his true feelings. He’ll send you romantic quotes and sayings. He may even quote his favorite love songs. He’ll make it clear that love is on his mind.

5. He Dedicates Songs to You

In addition to texting you romantic song lyrics, a Libra man will also dedicate songs to you at parties or even on the radio. He may call up a local station and ask the DJ to play your special song.

He’s artistic and will use all kinds of creative expression to show his love for you. He may even write songs for you. If you’re at a party with music, he’ll dedicate a song to you and then ask you to dance.

If you’re at a restaurant with a jukebox, he’ll play all your favorite songs and play songs that remind him of you. He’ll use his musical interests to demonstrate his love for you through romantic gestures.

6. He Names His Band After You

If you’re wondering how to know when a Libra man is done with you, look for signs that he’s trying to have as little to do with you as possible. Yet when he brings you into his creative life, he’s in love.

He may name his band after you, for instance. He may also write songs inspired by you. When a Libra man loves you, the clues he leaves usually have a creative component.

He’ll also involve you in anything that is important to him. This can include research for a book he is writing. He may invite you to join him as he travels or ask your advice about an issue he’s having.

He will treat you like a partner in every sense of the word, when he loves you. A Libra man in love will want to show the world that you are not only his partner but also his Muse.

7. He Starts to Show Jealousy

Libra men prefer to keep a low profile and avoid conflict. Usually, a Libra man will be the most agreeable and accommodating person you’ll ever meet. Yet if he falls in love with you, you’ll see his jealous side emerge.

If you want to get a Libra man to miss you, you may be tempted to lure him back to you by playing on his jealous side. This can backfire and should not be a tactic you use lightly.

If you spark his jealous side, he may also lose trust in you. Rather than creating conflict to get his attention, try instead to create harmony. If a Libra man loves you, he may fear losing you.

Reassure him of your loyalty and avoid triggering his jealousy. If he sounds insecure when he asks about your relationship with a male friend you mention, take this as a sign he loves you.

Then do what you can to minimize the potential for him to become jealous or develop further insecurities. Remind him that you are devoted to him as well.

8. He Writes Love Poems for You

Libra men are usually creative and dabble in many different forms of artistic expression. When a Libra man writes poetry, especially love poetry, dedicated to you, it’s a sign he’s in love with you.

Your Libra love interest may send you discreet love poems or he may post his words of love online or on social media. Either way, you’ll know he’s in love because he’ll find romantic and eloquent ways to show it.

When a Libra man is in love with you, he may also invite you to read pieces he’s written in the past which is still a positive sign that he’s willing to become vulnerable around you.

9. He Wants to Define the Relationship

Libra men can hesitate to define a relationship even when they are in love. This is because he has a deep fear of missing out. Also, he is afraid that as soon as he sets boundaries, the romance will fizzle out.

A Libra man may love you but romanticize the idea of having a casual relationship. He may also want to keep the relationship as an affair rather than a serious commitment.

10. He Shares Photos of You on Social Media

If you want to know how to get a Libra man to miss you, you will have to find a way to balance taking time to yourself and giving him breathing room. He loves to remain connected to you.

At the same time, a Libra man needs to take a step back from time to time. When you give him breathing room, watch his news feed. When a Libra man loves you, he will post pictures of you on social media.

Is The Cancer Man Jealous and Possessive When in Love?Do Libra Men Fall in Love Easily?
Hello, I'm Liz