How do You Make a Libra Man Laugh? 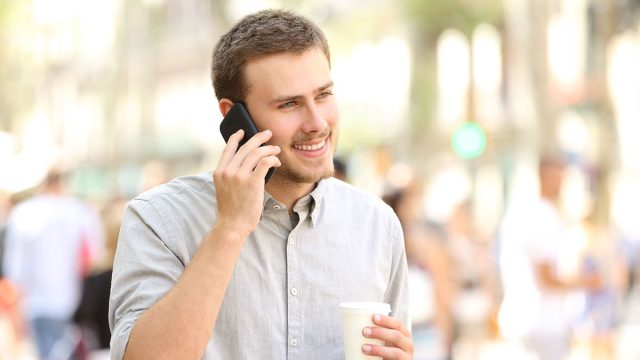 Every sign has a different sense of humor, so how can you make a Libra man laugh?

What type of comedy tickles his funny bone?

You can discover a lot about someone’s personality, including their sense of humor, by learning more about their zodiac sign.

The more you know how a person thinks, the more you will be able to recognize what kind of comedy they enjoy.

By getting a deeper understanding of the typical Libra man’s personality traits and psychological characteristics, you will learn what it takes to make a Libra guy laugh.

Be Quick and Witty

When it comes to comedy, timing and cleverness are everything to a Libra guy.

If you can make a quick, sharp quip and show off how intelligent you are through your sense of humor, you are sure to impress a Libra man and make him chuckle.

If you think of a funny reply in a conversation, don’t hesitate to blurt it out. If you spend too much time thinking about it, you will miss the opportunity to show off your comedic timing.

Being a quick and witty conversationalist shows a Libra guy that not only are you funny, but you’re also smart. When he says you are both hilarious and clever, it’s one of the signs a Libra man is falling in love with you.

Libras value intelligence and look for it in their partners and friends. Don’t be afraid to show off your smart sense of humor to make a Libra man notice you.

Libras have a great sense of humor, but they don’t love crude or unrefined jokes.

For example, toilet humor, or jokes about bodily functions, does not appeal to a Libra guy’s sensibilities.

He will probably still laugh at this type of humor because he is polite and doesn’t want to make the person telling the joke uncomfortable. But inside, he is cringing and wishing he could exit the conversation.

This doesn’t mean he is a snob or that he can’t enjoy a dirty joke. He just doesn’t like gross humor that makes people gag as often as it makes them laugh.

If you want to know how to keep a Libra man interested, avoid lowbrow humor, and keep your jokes as classy as possible.

Don’t Joke at the Expense of Others

Libras are one of the rare signs that aren’t thin-skinned or particularly sensitive to their own feelings, but they care deeply about the emotions of others.

Libras are naturally kind and caring, so they don’t appreciate mean or rude jokes about other people, especially if the butt of the joke isn’t there to defend themselves.

This doesn’t mean that a Libra guy dislikes teasing or playful ribbing. But if the intent behind a joke is malicious, he picks up on it and finds it distasteful.

He is okay with a little gossip – after all, Libra is one of the most chatty signs of the zodiac. But he doesn’t want to hear anything bad about someone else or spread negativity.

If you want to know how to get a Libra man to marry you, never make fun of other people behind their backs to try to impress him.

A Libra man in love might laugh along with you to avoid confrontation, but inside he is noting that you are a cruel and insecure person.

Because Libras value intelligence so highly, they enjoy comedy that involves the clever use of language.

A Libra man loves witty wordplay, including puns and literary devices. He likes jokes with a bit of depth that make him think.

Although some people think wordplay is cheesy, a Libra guy appreciates this sort of humor and it will always elicit a genuine laugh from him.

Don’t be afraid to use a metaphor or a corny pun in conversation with a Libra guy. It will delight him and it’s sure to make him laugh out loud.

One of the best ways to make a Libra man laugh is to combine humor with one of his favorite things: a social activity.

To make Libra man chase you, take him to a comedy club, or buy tickets to a stand-up show.

Libras are the social butterflies of the zodiac, so taking him out to a public event centering around comedy is sure to fill his heart with joy and mirth.

Watch his face light up as he mingles among the crowd, chatting and laughing it up with the audience as he takes in the spectacle. Let him circle the room and engage with other people as you both enjoy the show.

When you take your Libra guy to a social comedic event, you cater to his sense of humor and his craving for human interaction. This winning combination is sure to bring a huge smile to his face.

Although Libras can be quite vain (after all, the sign of Libra is ruled by Venus, the planet of beauty), they are also very hard on themselves.

They don’t like to show it, but Libras can be insecure and self-conscious, especially about their appearances or their accomplishments.

Libras often use self-deprecating humor to cover up their insecurities and what they really think about themselves.

Because they are so adept at using self-deprecating humor, Libras appreciate this skill in others, as well.

Libras are among the sociologists of the zodiac. They are fascinated by other people and love learning more about what makes them act and think the way they do.

A Libra guy knows when you make a modest or self-critical joke that you are actually telling a Libra man how you feel about yourself, which endears you to him.

What turns on a Libra male and makes him laugh is a humble woman who doesn’t take herself too seriously.

Don’t Be Afraid to Be Silly

As careful and refined as Libras are, they aren’t above silly and goofy humor. A Libra man in love is especially willing to act foolishly to elicit a smile from the object of his affection.

Slapstick or physical humor might seem too plebeian for a Libra man’s taste, but he enjoys it as long as it’s done tastefully.

Making a funny face or putting on a silly voice is as funny and charming to a Libra guy as the witty wordplay he also enjoys.

If you have a goofy sense of humor, don’t be afraid you’ll embarrass yourself in front of a Libra guy or that he won’t get the joke.

As part of his goofy sense of humor, Libras love practical jokes. Planning a prank feeds his craving for mental stimulation, and seeing the look on his victim’s face satisfies his silly side.

If you pull a prank, either on your Libra guy or alongside him, just make sure you aren’t embarrassing anyone else or causing actual physical harm in the process.

A Libra male doesn’t like it when a prank is dangerous or could hurt somebody’s feelings.

For example, he would never egg someone’s house, but he might cover it with toilet paper as a joke… and then come help clean it up the next day out of guilt.

A Libra man appreciates silliness as long as it’s not too crass and nobody really gets hurt.

A man with the typical Libra personality is highly social, so anything you can do to add an interactive or communal element to comedy is sure to please him.

Libras are avid users of social media and are enthusiastic about their internet presence. Sharing a funny video, meme, or picture with your Libra guy online is sure to brighten his day and make him smile.

If you follow him on social media, check out what kinds of funny content he posts and shares. This will give you a better idea of his sense of humor.

If you tend to be shy or awkward face-to-face and are more comfortable communicating online, using web content to make your Libra guy laugh is a great way to flirt, connect, and get to know him.

You can show off your sense of humor and social skills without the discomfort of in-person interaction. This could help make you more comfortable when you see your Libra guy face-to-face.

Libras also admire creativity, so if you make your own funny online content, he will be even more impressed.

Make your own memes, funny videos, or even just include a witty remark when you send him someone else’s content. Putting your personal touch on whatever you show him will make him smile even more.

Some signs are quite literal and don’t understand or like sarcasm. They either don’t get it or they see it as a form of insincerity.

But Libra is not one of these signs, and Libras enjoy sarcastic humor. They are prone to exaggeration and appreciate satire and irony.

Don’t be afraid to use sarcasm around a Libra guy or think that he won’t get that you’re joking. Libras are light-hearted and great at reading social cues, so he will understand that you are kidding.

He won’t be offended or confused by sarcasm. Instead, a Libra man will laugh along with the joke and appreciate your sense of humor.