Is The Libra Man Jealous and Possessive When in Love? 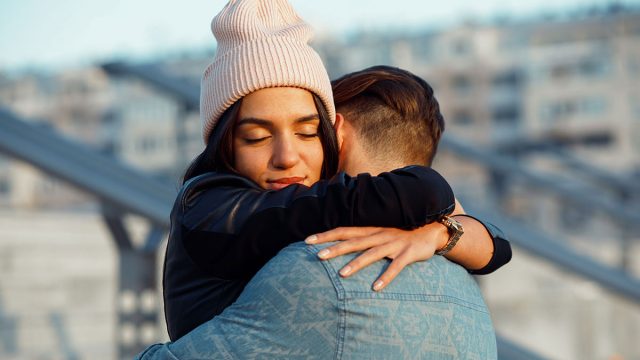 A Libra man’s jealous and possessive side can come as a surprise. When in love, he tries to put his best foot forward.

He wants everything to be happy and romantic, like in the movies. He’s got a dark side, though.

What scares a Libra man more than anything else is the thought of being alone. He’ll do anything to avoid feeling rejected or abandoned. He’ll avoid committing at first.

Though he is constantly in search of his ideal partner and prone to a fear of missing out, he also has a jealous side. Once he’s found someone he loves, becomes possessive.

Once he’s committed to a relationship and fallen in love, he’ll become sensitive to anything that could jeopardize the relationship. He may try to hide it, but he gets jealous easily.

He Has a Jealous Streak

Is a Libra man clingy? Not quite in the traditional sense. He doesn’t act emotionally needy. Though as the sign of partnerships, he seeks the advice of others and looks to partners to validate himself.

Even in a friendship he may defer to his friend as a copilot and not fully trust himself. In a romance, this strong attachment can lead to a different kind of clinginess. A Libra man will feel attached to his partner for support and validation.

If his partner’s attention shifts to someone or something else for too long, it can make a Libra man feel deeply unsettled. This can trigger his jealous streak. At first, he’ll try hard to hide this side of his nature.

Exposing his jealousy makes him feel vulnerable because it reveals just how attached he is. This is something he prefers to downplay. Libra men intellectualize their feelings and prefer to act as if they could walk away at any time.

Another one of a Libra man’s best kept secrets is his vanity. His jealous streak can be triggered if you even suggest that someone else is better looking, more romantic or more talented than he is. He’ll stifle this emotion but it will come out in his passive-aggressive style.

Libra men are all about harmony and they know jealousy is not a good look. But they just can’t help feeling a surge of envy when the person they love shows admiration or attention to someone else. To a Libra, partnerships are everything.

They don’t easily tolerate a third person. Even if that third person is not physically present in the relationship and only mentioned in conversation. Even if their partner simply spends time thinking about the third party, it can trigger a Libra man.

He Needs Space but Can Be Possessive

If you’re wondering how to make a Libra man obsessed with you, the key is to balance attention and space. When he starts to become distant, give him plenty of time to himself. He hasn’t forgotten you.

This will only backfire. Even when Libra men need space, they still have a possessive side and can become jealous. If you play mind games with him to provoke his jealousy, he’ll stop trusting you. He may even lose interest altogether.

Just because he has taken some down time to paint, write music or spend time with other friends, doesn’t mean he’s lost interest in you. If you start to flirt with other guys or hang around with your ex, your Libra man will notice.

But this is not the kind of attention you want from him. Instead of being reminded of how much he loves you, he’ll only focus on his new feeling of betrayal and fear that he can’t trust you. This isn’t the mindset you want him to have.

His insecurities will drive him to become possessive and jealous. He won’t try to outwardly stop you from seeing other people but he will become passive-aggressive. He may even start to play games as well to get even.

He is Flirty but Will Still Become Jealous

A Libra man in bed wants to think he is the only person you’ve ever been with. He knows this may not be true but it’s part of his rich fantasy world. He should know it’s unrealistic since he’s quite the flirt.

In fact, a Libra man’s love of romance and tendencies toward romantic language and flirtation with women is standard. He may flirt when he doesn’t even realize he’s flirting. He just normally smiles a certain way and openly compliments other women.

He doesn’t see it as flirting if his intention is not to be romantic. On the surface level, though, it may look exactly the same. You may mistake his flirtatious nature and become jealous because of an interaction you witness.

He may let his eyes linger too long as he gazes at another woman, he may talk to her with the same tone he uses to talk to you. You may see this as a red flag that he’s interested in someone else.

This is not always the case. Sometimes a Libra man is just being friendly. He may be astonished that you interpreted his flirty nature as a threat to the relationship. Just because he is flirty doesn’t mean he will tolerate your flirtation with others.

He Follows a Double Standard

If you’re wondering why a Libra man ignores you, there can be many possible reasons. Libra men can easily divide their mindset and follow a double standard. If he feels jealous, he may go quiet.

He may not think about his own flirtation or transgressions. He tries to be fair and considerate in most aspects of life. Yet when he is in love, he feels threatened by the possibility that you may find someone else more desirable than him.

This can seem like a double standard and it is one of the few times a Libra man will seem to follow such illogical thinking. When he is in love, his status as part of the partnership becomes paramount. He fears losing his place in your life.

Even if he acts possessive and jealous when you talk to your ex, he’ll expect you to be accepting of his ongoing friendship with his ex. This is more pronounced when he’s fallen in love. Earlier in the relationship, he’s more accepting and doesn’t get jealous.

If you’re wondering how to make a Libra man feel guilty, the best thing you can do is to calmly, logically point out this double standard. He can be teachable and may be open to learning from his own mistakes.

He Can Be Jealous Once Committed

When you know how to make a Libra man chase you, you’ll see that he goes through different phases in the relationship. He goes from casual and accepting to in love and possessive.

Once he makes a commitment to you, he doesn’t view your relationships with other men in the same way. He knows you have male friends just as he has female friends. Early in the relationship, this doesn’t bother him.

Yet as things get more serious you can expect a Libra man to suddenly become distracted by your connection to other men. Even if the connection is only friendly. He’ll second guess what your intentions are.

If he trusts you completely, he may focus his jealousy on the notion that he can’t trust other men to behave around a beautiful woman. Either way, he’s becoming irrational and jealous because he now takes the relationship seriously.

He’s Insecure and Can Become Jealous

Though he tries to play it cool, Libra men can be insecure. They don’t feel whole outside of a relationship. Though they can procrastinate when it comes to making a commitment, they are also quite insecure.

They take their time choosing a long term partner because they know once they fall in love, they will rely heavily on their partner. They need to make sure their partner is someone they can trust.

When he’s serious about the relationship, a Libra man will take any potential warning sign of disloyalty seriously. He will be on the lookout for any reasons to be jealous or possessive.

He may even convince himself that problems exist when they don’t. Usually, Libra men are careful to avoid drama. Yet when they fall prey to jealousy it is because of their insecurities and deeper fears.

In contrast, if you’re wondering how to know when a Libra man is done with you, look for signs that he is no longer showing any possessiveness or jealousy. This isn’t always a sign he trusts you more. It can be a sign he has become indifferent toward you.

How to Play Mind Games With a Libra ManWhat Kind of Humor Do Libra Men Enjoy?
Hello, I'm Liz