How Do You Win a Libra Man’s Heart? 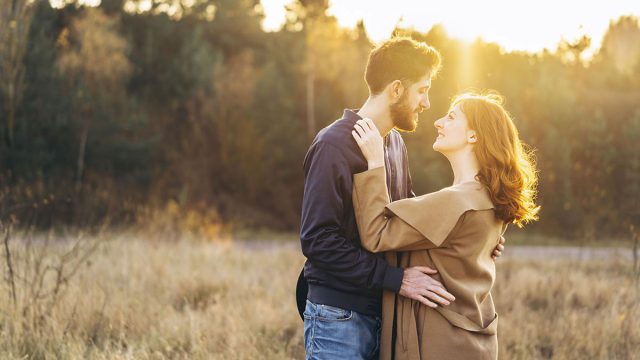 If you are attracted to a guy born under the sign of the scales, you are probably wondering how you can win a Libra man’s heart.

What are a Libra man’s likes and dislikes in a woman?

You can learn a lot about what a man looks for in a woman by learning about his zodiac sign. His sign will explain his personality and give you a roadmap to winning him over.

Does he like aggressive women, or does he want to make the first move? Is he into tomboyish, athletic girls or feminine and flirty women?

If you want to win a Libra man’s heart, look no further than his sign to find out what he wants in a partner.

His indecision makes a Libra man slow to commit, but once he settles down in a relationship, he is devoted and faithful to his partner.

If a Libra guy suspects a woman is the cheating type, he is less likely to want to settle down with her.

Libras tend to be flighty and flaky, so they need a partner who can ground them in reality and keep them in the present moment.

By showing a Libra guy your loyalty, you prove that you are a reliable and steady force, which is exactly what he needs in his life.

If you want to win a Libra man’s heart, show your loyalty to him not only by being faithful but also by being dependable.

Every zodiac sign has a unique symbol, usually an animal, that reveals something specific about that sign’s personality. Libra is the only sign that has an inanimate object as its symbol.

The symbol for Libra is the scales, which demonstrates that Libras are fair-minded and interested in the justice system.

Libras are peacemakers and are good at seeing both sides of an argument. They can compartmentalize their emotions and make unbiased judgments.

If you are wondering how to make a Libra man obsessed with you, show him how diplomatic and rational you are.

A Libra guy loves a woman who approaches a problem with reason and logic rather than getting overwhelmed and becoming emotional.

Take Care of Yourself

If you want to make a Libra man chase you, you’ve got to demonstrate that you know how to take care of yourself.

Being able to take care of yourself is attractive to a Libra guy in two ways: it shows that you are independent and that you care about your appearance.

Libra men like women who put a lot of effort into how they look. If you exercise regularly, eat healthily, and take careful care of your hygiene and grooming, you will impress a Libra man.

A Libra guy doesn’t like clingy people, so he also wants to see that you are independent and want to be in a relationship, not that you need to be in one because you feel incomplete or inadequate alone.

Show him that you’re a woman who can take care of and provide for herself, and you will be one step closer to winning your Libra man’s heart.

Be His Best Cheerleader

Although they try not to show it, Libras can be quite insecure. They don’t share this feeling with others not because they are too proud, but because they don’t want to bother other people with their problems.

Even if he won’t admit it to you, your Libra guy desperately wants and needs your encouragement. To win his heart, you have to be his best cheerleader.

This doesn’t mean you should be dishonest or tell him he’s doing something perfectly when he’s not. A Libra guy appreciates honesty and he doesn’t want false flattery.

But you should make an effort to compliment him, push him to succeed, and support him in whatever he does.

If you show a Libra man that you think he’s wonderful and you believe in him, you will work your way into his heart.

As the sign of the scales, Libras are interested in the justice system and equality for all. They care about society as a whole and want to improve the state of the world.

If you want to know how to keep a Libra man interested, show him that you’re as interested in social justice and making the world a better place as he is.

If you work for a nonprofit organization or in the legal system, make sure you discuss it with your Libra guy. He is sure to be inspired by your dedication to fairness and equity.

But you don’t have to have a specific type of career to impress a Libra man. Doing volunteer work, marching in protests, or participating in a fundraiser for a worthy cause are all ways to win a Libra guy’s heart.

Libras are incredibly romantic, but they don’t let everyone see this quality. Only their partners know just how sweet and lovey-dovey Libras can truly be.

When he does grand, romantic gestures for you, it’s one of the signs a Libra guy likes you a lot.

But Libras want romance in return. You have to reciprocate his loving gestures, or he will feel unappreciated and unsatisfied.

Because a Libra guy is so focused on fairness, he notices when he isn’t getting back as much as he gives in a relationship. He doesn’t exactly keep score, but he is aware when his partner is being selfish.

When your Libra guy does something sweet for you, show your gratitude, and be sure to do something for him in return.

You will win his heart by showing him that you appreciate his romantic side and that you have one, too.

If you are wondering how to get a Libra man to commit to a relationship, you have to show him that you are outgoing or at least accept how much he likes to socialize.

If he won’t stick by your side the entire time you’re at a party or even flirts with other girls, don’t be afraid that it’s one of the signs a Libra man is not into you.

He is a natural charmer and a social butterfly, so he can’t help but want to mingle with everybody and flirt with all the ladies. His flirting is harmless and doesn’t mean he’s romantically interested in anyone else.

A Libra guy wants a woman who likes to go out as much as he does and is okay with him circulating the room.

He feels trapped if his partner is a homebody or gets jealous every time he speaks with another woman.

Show your Libra man that you like to party, too, and that you are self-assured enough to know that he’s devoted to you, even when he has a conversation with another girl.

Stand Out From the Crowd

If you want to know how to get a Libra man to chase you, you’ve got to stand out from the crowd.

Libras are social and spend a lot of time with other people, so it takes a lot to catch his eye and stick out in his memory.

You could try impressing him with a distinctive look, such as wearing bold colors or a wild hairstyle.

But it’s even better if you have a unique skill, history, or lifestyle you can share with your Libra guy to show him that you are special.

Libra men are attracted to women who are adaptable and can fit into any crowd. He likes to mingle with lots of different types of people and wants a partner who can do the same.

A Libra man wants a partner who is gracious and refined. She should have a sophisticated style and always be polite and courteous to others.

To win his heart, show a libra man that you know how to be classy, both in style and behavior. Dress to impress him and always be well-mannered.

When a Libra man compliments you on how sophisticated you look or behave, it’s one of the signs he has feelings for you.

If you feel frustrated because your Libra man is taking it slow, don’t worry. Libras have difficulty committing to one partner, not because they are players, but because they just can’t make a firm decision.

One of a Libra man’s greatest weaknesses is his indecision. He admires a woman who is determined and assertive because these are traits he envies.

You can win over a Libra man by showing him that you are the decisive woman he needs to bring balance to his life.

You don’t want to be pushy or bossy, but you should help guide him in his decision-making. Help him work through decisions logically and encourage him when he reaches a conclusion.

If he can’t decide what to order at a restaurant, remind him that he really enjoyed what he got last time.

If he doesn’t know whether or not he should quit his job, help him make a spreadsheet to see how long he can live off of his savings.

By helping him become more resolute, you will make yourself invaluable to a Libra man and win his heart.