How Does a Libra Man Flirt? 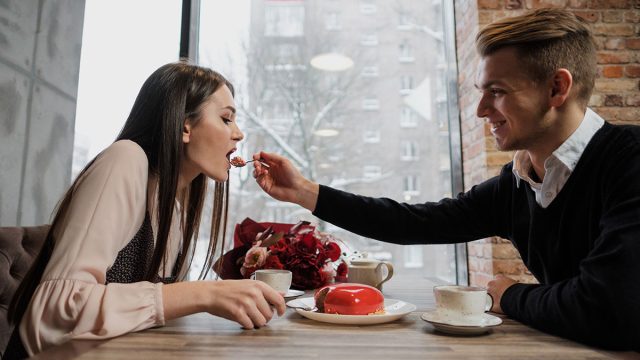 Because this sign is so sweet and social, you may wonder, how does a Libra man flirt?

When is he just being friendly and when does it mean something more?

Libras are generally very charming and flirtatious, so it can be difficult to tell the difference between when he flirts to show romantic interest from when he’s just trying to be nice.

You can learn a lot about a man’s flirting style by looking at his zodiac sign.

By learning more about his sign’s personality traits and the way he acts when he’s in love, you will get a better idea of how a Libra man flirts.

The typical Libra man’s personality is highly flirtatious. In fact, Libra is one of the flirtiest signs of the entire zodiac.

There isn’t a time or place a Libra man won’t flirt. Whether the situation calls for it or not, he is simply incapable of turning off his charm.

You don’t have to worry about him coming on too strong or embarrassing you with his flirtation, though. A Libra guy’s flirting style isn’t overtly sexual or aggressive.

And if he senses you are uncomfortable at all, he will adjust his behavior to put you at ease. Because he flirts all the time, he knows how to modify his actions to suit whoever he is talking to.

He Flirts With Everyone

A Libra man is slow to commit to a relationship, not because he likes to play the field but because he is indecisive.

He worries he will choose a partner who isn’t right for him or that he’ll commit at the wrong time.

If your Libra man is taking it slow with you and can’t seem to stop flirting with everyone else, try not to take it personally.

He flirts with everybody, but if you’re his partner, you’re the one who really matters to him. Despite his flirting, he will remain faithful to you.

If a Libra guy stutters or messes up his words when he’s trying to flirt with you, it’s an act.

A Libra man is a practiced flirter, so if he comes across shy and awkward, he is doing it on purpose to disarm you.

Libras are social chameleons and can change their behavior to match whoever they are standing in front of at any given moment.

If he senses that you like bashful, quirky guys or that you may be shy yourself, he will play up his shy and awkward act.

He Engages in Stimulating Conversation

If you want to know how to make a Libra man obsessed with you, you’ve got to get his mind working.

Libras are intellectual and curious, so Libra men like to flirt by engaging in mentally stimulating conversation.

If you want to keep his attention locked on you in a crowd, get him talking about a topic he loves and contribute something interesting to the discussion.

Libras are great at small talk, but they relish a deep and thought-provoking conversation even more.

When your chats with a Libra guy go beyond surface-level pleasantries, it means that not only is he flirting with you but he also finds you interesting and captivating.

When you see your Libra guy flirting with another woman, don’t panic. Flirting isn’t necessarily one of the signs a Libra man is interested in someone.

And if you are just meeting a Libra guy for the first time, his flirting can be confusing because it also isn’t one of the signs a Libra guy likes you.

He’s a natural flirt and can’t help himself from charming everyone that he meets. He has other ways to show his partner that she is special to him because a Libra guy flirts with everyone in his path.

If a Libra guy flirts with you at a bar or a party, don’t be disappointed if he doesn’t ask for your number. Flirting is just his way of communicating.

But if he spends more time talking to you than anyone else and won’t leave your side when someone tries to steal him away, it’s a sign that his flirting means something more.

He Usually Won’t Go Past Flirting

Even though a Libra guy flirts with everyone, it doesn’t mean he will be unfaithful and, in fact, it doesn’t even mean he finds other women attractive.

When a Libra man is interested in you, he will find other ways to show you that you are special to him besides flirting. He knows how to flirt with everyone and has to make additional efforts to please his partner.

If you want to know how to get a Libra man to chase you, don’t act jealous when he talks to other women. Remember that this is just how he is and that his flirting is harmless.

When he sees how cool you are about him talking to other people, he will be impressed by your self-confidence and social grace.

If you try to control him and demand that he stops acting flirtatiously with other women, he will feel stifled and suffocated. You’re not asking him to be faithful, you’re asking him to stop being himself.

A Libra man in a committed relationship is loyal to his partner, so even when you see him chatting up other ladies, know that you have nothing to worry about.

His Flirting is Light-Hearted

A Libra man’s flirting style is light-hearted and playful. He uses compliments, witty wordplay, and endearing body language to charm his audience.

A Libra guy’s flirting is never crass or belligerent. He won’t touch anyone unnecessarily, make threatening sexual jokes, or cross the line in any way.

His goal with flirting is to be likable and make everyone around him comfortable, not to seduce whoever he is talking to.

This is another reason why you don’t have to worry about your Libra guy flirting with other women – he is only talking and he will keep it appropriate.

He won’t say anything to another woman that he wouldn’t say to her in front of you, even if it is coy and flirtatious.

He Flirts to Get Attention

Libras are the social butterflies of the zodiac. Just as a butterfly flutters from flower to flower for sustenance, a Libra guy will flirt with anyone to get a little attention.

Libras have a pathological need to be liked, so they aren’t above flirting to get the validation they so crave.

If the Libra man you like flirts with you for a while and then moves on to talk to another woman, don’t take it as one of the signs a Libra man is not into you.

He thrives on attention and wants acceptance and reassurance from everyone in the room, not just from his partner.

Libras are very kind and sweet, so they know just what to say to make you feel special and make your heart flutter.

If you just got your hair done at a salon before you see a Libra man, he will instantly sense this and comment on your new style as soon as he sees you.

If you’ve been working hard on a project that means a lot to you, he will compliment you on your work ethic and the important job you’re doing.

Make sure when you talk to a Libra man that you pepper the conversation with flattery, as well. As much as he likes to give compliments, he likes to receive them, too.

Don’t wait for him to compliment you first so you can return the favor (this can be a challenge as Libras often like to lead with a compliment).

Take a page out of his book and look for ways you can tell him nice things that will mean a lot to him.

For example, if you know he has been hitting the gym a lot lately, admire his physique as soon as you see him.

It’s not often that a Libra guy gets out-flirted, so he will be impressed and pleased by your magnanimous compliments.

He Makes You Feel Special

One of the Libra man’s charms is that he knows how to make any woman feel like she’s the only person in the room.

But unless he actually takes time alone with you, he’s just flirting with you the same way he does with everyone else.

When he pulls you aside and spends a lot of one-on-one time with you in a crowd, it’s one of the signs a Libra man likes you.

If he makes you feel like the only girl in the world and abandons other people to get to know you better, it’s a clear sign that he’s flirting with you in a meaningful way.