How to Talk to a Libra Man About Feelings 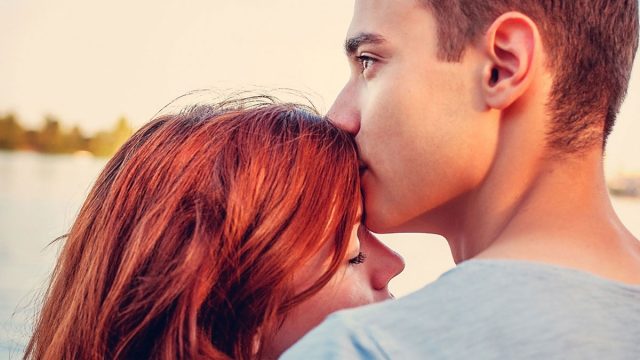 If your Libra man’s feelings seem like a mystery, you can learn to crack the code his emotional code. Libra men are sensitive.

He will talk to you for hours about anything. As soon as the topic turns emotional, he’ll clam up.

Don’t assume his distance and distractedness are signs a Libra man is not into you. He can be flirty but is seldom emotional. He’ll keep a lid on his feelings.

One of the reasons a Libra man’s slow to commit is that he fears making decisions. He doesn’t trust his feelings and will try to talk himself into or out of whatever he feels.

The very subject of emotions is baffling to a Libra man. He relates to his own feelings through his intellect. Some women sense this as a sign of a Libra man being detached. He isn’t distant on purpose. He just doesn’t like vulnerability.

If you want to talk about feelings without scaring your Libra love interest away, it’s best to intellectualize your own feelings. Talk about how you feel in terms of how you think. Don’t pour your heart out and expecting him to reciprocate.

Instead, talk about how you think you work well together and can see the two of you creating a beautiful life. By invoking an image of beauty and discussing what you think rather than how you feel, you stay on safe territory for a Libra man.

When a Libra man tells you what he thinks about the relationship, it may seem superficial. Yet this is exactly how a Libra man talks about his feelings. He may use metaphors. He may also talk about his attitude or thoughts.

When a Libra man says “I think…” and what follows is a discussion of his interpretation of the relationship and his experience with you, that’s his way of talking about his feelings. He’s doing so in a subtle way.

If you want to know how to make a Libra man obsessed with you, try to think positively as much as possible. When you stand out for being optimistic and encouraging, he’ll want to be by your side. Libra men are more likely to talk about light, happy feelings.

He will have an easier time warming up to you if you have a positive outlook. A Libra man secretly fears that opening up about his feelings will lead him into a pit of heavy, deep emotions.

Proving that you look on the bright side reassures him this won’t happen. He will gradually start to open up about how he feels. He’ll also be better able to tolerate emotional discussions because he’ll remain on safe, idealistic, territory.

The more you can remain optimistic and lighthearted, the better a Libra man will feel about connecting with you on an emotional level. He wants to have fun and be happy all the time even though he knows it’s unrealistic.

He will feel safe to talk about feelings if you alternate positive statements that are light, flirty and fun with more serious expression of emotion. He doesn’t like to feel overwhelmed with too much at once.

A Libra man hates emotional rollercoasters. When you can match his emotions or balance his emotions when he’s having a bad day, he’ll feel more comfortable. This will help him open up about his feelings.

If you’re wondering how to know if a Libra man is playing you, try matching his emotions in the relationship. If he’s serious about you, he’ll see your empathy as an invitation to open up more. This may still happen in small steps.

If he’s having a good time, joking, laughing and flirting, keep your discussion of emotions in the same tone. Don’t suddenly pour your heart out. Even though it seems positive to you to be authentic, any heavy emotions will stress a Libra man.

When he’s in a lighthearted mood, keep the tone of the discussion light. Mention how much fun you have with him, how he makes you laugh, how you feel like a kid again around him. Emphasize fun and playfulness.

When his mood is more serious, you can bring up the topic of your more serious emotions for him. Remember, do this in small doses. Even expressing love and devotion can seem intimidating to a Libra man.

Such discussions have an emotional “weight” that can tip his scales of equilibrium too far in one direction. Even if the direction is a good one. It will scare a Libra man and cause him to shut down. Tread lightly when bringing up serious emotions.

Libra men prefer polite, friendly conversations to deep discussions about their feelings. If you must bring up an emotional topic, be the diplomat. Talk to him like a mediator.

If he’s hurt your feelings and you need to let him know, approach him like a peacekeeper and focus on the resolution you seek. Is it acknowledgement, validation or an apology? Gently guide him in that direction.

Keep the discussion cordial and civil. Too much passion, even when expressed as love and not anger, can overwhelm a Libra man. Speak about feelings as if you were carrying out peace negotiations.

This plays to a Libra man’s strong suit. He’s a great negotiator and prefers to be diplomatic as well. He’ll feel like you are speaking his language when you bring up emotions in this way. Talking about solutions rather than raw feelings can reassure him.

If you must bring up emotions, just touch on this subject lightly then switch to focus on solutions and what you need from him. This keeps a Libra man from feeling like he’s drowning in a tidal wave of feelings.

Strange as it may seem, one of the best ways to get a Libra man to talk about feelings is to do so in a roundabout way, through references to literature. He’s usually an avid reader.

When you tell him that you feel like the character from his favorite book during a scene in which said character realizes she’s met the love of her life, he’ll get your meaning. Ironically, it will hit him in a more emotional way.

He relates to the world through stories, literature, culture and the arts. When you tell him you feel like a scene in his favorite book, play or movie, he will know exactly what you mean. He’ll be able to tolerate the emotional discussion.

This is because he will feel safer with the emotional distance provided by the reference to literary work. He won’t feel like you’re targeting his emotions directly. Instead, you’re relating to his emotions through a fictional third party.

This allows a Libra man to feel more secure and to open up on a deeper level. He doesn’t feel any pressure to discuss his vulnerability. Even though he’s using a comparison to a character, it’s enough distance to help him open up.

He’s a natural artist, so encourage him to use the language of art when you get into discussions about feelings. Talk to him about your feelings using this type of language to set an example. Think like a poet.

A Libra man often has a talent for writing poetry so when you steer him to symbolic language and artistic language, he feels right at home. It will also impress him because he’ll recognize your creative side.

If you’re wondering how to know when a Libra man is done with you, notice how he reacts when you speak about your feelings this way. If he is completely shut down and won’t even communicate through artistic references, it’s a bad sign.

If you see signs a Libra man has a crush on you, the next step is to make him feel more comfortable. The more secure he feels with you, the more likely he will be to open up. Make him feel pampered.

A Libra man looks to his physical surroundings for a sense of security. Setting the right romantic mood can communicate much about your feelings, so that you may not have to fill in the rest. When he feels comfortable, he’ll talk on a more serious level.

Don’t chase a Libra man. He doesn’t want to feel pressured to open up. If he’s feeling relaxed, introduce an emotional topic in small steps. If he shuts down, change course. This back and forth routine corresponds to a Libra man’s personality.

If he seems receptive, balance the serious topic with other lighthearted subjects. Help him feel balanced, not like he is sinking into a hole of deep emotional issues. Maintain a level head during the discussion.

How Do You Win a Libra Man’s Heart?Do Libra Men Have a Freaky Side?
Hello, I'm Liz