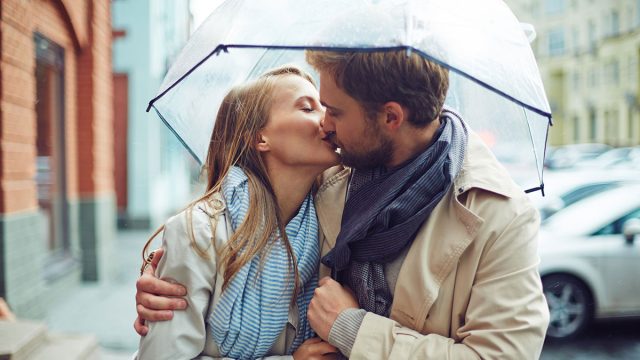 If your Libra guy is fickle when it comes to physical affection, you may wonder how much does a Libra man cuddle?

Does he normally snuggle or a lot or does he like to keep his distance?

A Libra man in love enjoys cuddling, but not all the time and not in every circumstance.

So, how can you tell when your Libra man will want to get close and when he wants you to stay away?

By learning more about his sign’s typical personality traits and preferences in love, you can determine whether or not your Libra man likes to cuddle.

Their Planet Makes Them Cuddly

Being ruled by the planet of love means that Libras are naturally very loving and sweet. They are very affectionate and they like to cuddle.

It also means that they hate being single. They are uncomfortable being alone and need to be dating someone to feel complete.

This doesn’t mean that Libras rush into committed relationships because their indecision makes it hard for them to settle on one person. But they love being in love and want to have a special someone to cuddle with.

While some signs prefer not to be touched or don’t use physical contact as a love language, Libras are very lovey-dovey and affectionate with their partners.

This means that Libras love to cuddle and need affection to be satisfied in a relationship.

If you want to know how to make a Libra man obsessed with you, you need to reciprocate his affection at least occasionally. But Libras are a little complicated because they aren’t always in the mood for cuddling.

Like every aspect of a relationship with someone belonging to the sign of the scales, you will need to find the perfect balance of being affectionate without being clingy.

They Only Cuddle Those Close to Them

If he doesn’t snuggle you the second you start dating, don’t take it as one of the signs a Libra man is not into you.

While Libras are affectionate with their loved ones, they don’t like to cuddle with just anybody. Until he gets to know you better, a Libra man might not be comfortable enough to be physically close to you.

Notice how your Libra guy greets people. You’ll probably observe that he hugs or kisses the people he knows well on the cheek, which aligns with his affectionate nature.

But with strangers, he is still warm and friendly, but perhaps only shakes their hands or doesn’t touch them at all.

Libras use touch as a love language, but they don’t use it on just anyone. Only once he feels emotionally close to you will he crave being physically close.

They Are Romantic Cuddlers

Since they are ruled by the planet of love, Libras are very romantic. They are idealistic when it comes to relationships and want a love story like the ones they’ve seen in movies.

A Libra is a romantic cuddler. Some signs use cuddling to communicate, to make up for misdeeds, or to initiate sex.

But when a Libra guy cuddles with you, he’s not necessarily looking for sex or trying to say he’s sorry (although this could be the case sometimes). He is simply being romantic and showing his love for you.

If a social Libra guy wants to cuddle with you more than he wants to go hang out with a group of people, it means he’s completely infatuated.

When a Libra man looks at you with adoring eyes and asks if you want to stay in and cuddle rather than go out to a party, it’s one of the sure signs he has strong feelings for you.

They Expect to be Cuddled Back

Libras tend to go above and beyond in relationships. Libra men are sweet and thoughtful and will go out of their way to do romantic things for their partners.

Sometimes, though, a Libra man invests so much in a relationship that he gets hurt when his partner doesn’t notice how hard he works to make her happy.

When a Libra man cuddles you and wants to be close to you, it’s one of the signs he has feelings for you. It’s also a sign that he wants your affection in return.

A Libra man likes to cuddle but he needs to be cuddled back to feel loved. If you constantly reject his advances and push him away, he will think something is wrong and might go looking for affection elsewhere.

This doesn’t mean that you have to snuggle with your Libra guy every single time he’s in the mood. It just means that if you don’t like cuddling or affection at all, a Libra man isn’t the partner for you.

Libras don’t need to snuggle all the time, but they need to be cuddled back more often than not to feel adored.

They Cuddle to Please Their Partners

Most Libras enjoy cuddling, but even when a Libra guy isn’t particularly touchy-feely and doesn’t like snuggling, he will do it to please his partner.

Libras are natural peacemakers and people-pleasers, so they tend to put other people’s needs and desires before their own. This includes cuddling their partners when they really don’t feel like it.

If you love to cuddle and your Libra guy is too hot or cranky or his arm hurts, he may still try to snuggle even though it’s a sacrifice for him.

He’s doing it for you because he knows it’s what you want and he wants to make you happy. This can lead to resentment, though, if a Libra feels like his efforts aren’t recognized or reciprocated.

If your Libra guy cuddles you even when you get the sense that he’s not into it, let him know that it’s okay if he’s not in the mood.

Tell him you appreciate the gesture and recognize that he’s showing his love, but that you don’t want to make him uncomfortable and you’re fine without cuddling sometimes.

They Aren’t Always in the Mood for Cuddling

Libras are fickle and indecisive, so as affectionate as they are, sometimes they just aren’t in the mood cuddling.

When your Libra guy won’t cuddle with you, It doesn’t mean he’s angry or losing interest in you. In fact, there may not be any explanation at all – he simply doesn’t feel like it sometimes.

If you want to make a Libra man chase you, don’t push him when he isn’t in the mood to cuddle. Don’t take it personally and let him have his space.

Instead of acting hurt or offended when he pushes you away, just wait it out until he’s in the mood to cuddle again.

They Cuddle to Make Their Partners Feel Secure

If you are wondering how to know if a Libra man is serious about you, you can tell when he cuddles you to make you feel safe.

If so, it means he’s using touch to make you feel safe, and it’s one of the sure signs that he cares deeply about you.

It shows that he’s not just cuddling you for his own gratification or even to show romantic love. He’s cuddling you to protect you and show you that he will take care of you.

They Don’t Cuddle in Public

Those born under the Libra horoscope sign care a lot about what other people think. Being ruled by Venus, the planet of beauty, outward appearances are important to them.

This means that Libras usually dislike public displays of affection, even cuddling. They are fine with a little hand-holding to signify that they have a partner, but they don’t like to make a show of themselves.

Libra men tend to think that PDA is unpleasant and impolite. They don’t want to disturb others or be ostentatious.

If you are dating a Libra man, don’t be surprised if he pushes away your advances in public. He’s not ashamed of you, he just dislikes any type of PDA, including cuddling.

They Are Practical Cuddlers

Sometimes Libra men just aren’t in the mood for cuddling, while other times they won’t want to cuddle for practical reasons.

If the room is too hot, they are having trouble sleeping, or they feel sick Libras won’t want to snuggle up with their partner.

It doesn’t mean you’re not important to him or that he doesn’t prioritize you. It just means that he wants to get some rest and he can’t do that when he’s physically uncomfortable.

The best match for a Libra man is a woman who doesn’t need to be cuddled all the time to feel loved. She has to understand that sometimes a Libra guy puts physical comfort over emotional closeness.