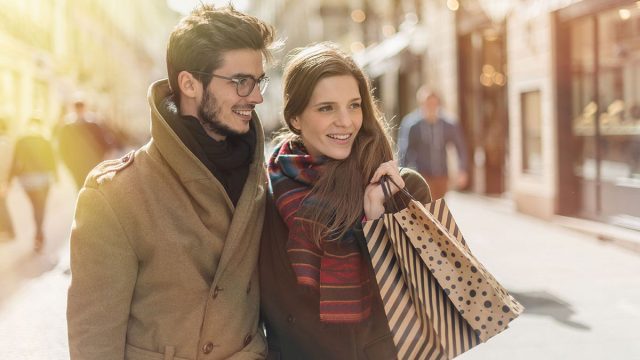 You may not think it at first, but a Libra man is complicated. As the sign of the scales and balance, he can also be a walking bundle of contradictions.

If you don’t understand his personality, you may misinterpret his signals.

A Libra man can be romantic and affectionate one minute and detached the next. It’ hard to know just what to do when a Libra man pulls away.

You have to really understand his complicated nature in order to recognize a Libra man’s falling in love signs. Otherwise, a Libra man can leave you feeling confused.

If you want to know how to make a Libra man obsessed with you, pay attention to your image and always act with integrity. One paradox about a Libra man is that he’s both idealistic and image conscious.

He has a vain side. As an artist, he’s drawn to all things and people of beauty. He’ll also judge you as an extension of himself. A Libra man believes that your reputation impacts his.

He knows beauty is only skin deep but that doesn’t stop him from seeking a woman whose appearance is striking. Yet he’ll leave a beautiful woman if she is selfish and inconsiderate.

A Libra man looks for a woman who is both beautiful and caring. He’s conscientious about others and society and wants to see that you are too. Even though he’s quite enlightened, he still falls for conventional ideas of beauty.

A Libra man in bed is notorious for being sensual and pleasure seeking. Libra men believe in living life to the fullest. They want to savor all of life’s pleasures.

Yet Libra men are also attuned to issues of fairness and equality. They want to make sure that all voices are heard and that every perspective is shared. This can lead him to rain on other people’s proverbial parades.

A Libra man will constantly correct others for not being enlightened or progressive enough. Yet when it comes to the pursuit of pleasure, he will also be the first in line to indulge in everything from food to wine to sexual exploration.

He’s so hedonistic it can lead you to ask yourself how to know when a Libra man is playing you. Sometimes it is difficult to tell. You have to pay attention to how he treats you without focusing on sex.

You may think you’re seeing signs a Libra man has lost interest in you, but don’t jump to conclusions. It is natural for a Libra man to be completely romantic until it comes time to commit.

When things start to get serious, he’ll suddenly back up. He’ll find excuses to be too busy. He’ll slow things down or talk about the merits of just being friends.

Rather, this is a dance all Libra men do at some time or another. They show signs of wanting commitment but also back track when commitment seems imminent. Give him time and his desire to commit will win over his fear of settling down.

4. He Hates Being Alone but Needs Breathing Room

A Libra man’s emotional distance and desire for constant companionship can also make him complicated. A Libra man secretly wants to have a companion by his side at all times.

He fears being alone and associates solitude with rejection and loneliness. Yet when he does get his wish and starts to spend lots of time with you, he’ll also panic and feel the need to balance this with time alone.

If you’re wondering how to know when a Libra man is done with you, you’ve got to be patient enough to see if the scales balance in your favor or not. This means giving him time to come back.

When he’s really in love, he’ll need some down time to himself but then he’ll come back around and act like nothing ever happened. A Libra man doesn’t need to be chased. His fear of being alone is enough to bring him back to you.

5. He Changes His Mind Constantly

When you’re getting to know a Libra man, you may feel tempted to carry around a notebook or recorder to keep track of his opinions. Just when you’ve gotten used to one idea, two days later he’ll tell you he’s changed his mind.

Like most air signs, Libra men change their minds all the time. They actually fear commitment of all kinds including committing to an idea or opinion. This can be dizzying as you try to keep up with them.

He may have a staunch belief one day that he’s softened on the next day. Also, Libra men love to debate. They hate confrontation but love to engage in arguments.

Libra men are notorious for being indecisive. From big decisions, such as where to go to college, whether or not to change jobs, or what city to move to, right down to the smallest of decisions.

Libra men may stress themselves out trying to decide where to go for dinner, what movie to watch or even what to wear. This is because they constantly weigh their options.

Libra men hate making decisions in part because they want to be able to please everyone and maintain their “good guy” image. A Libra man knows on some level that if he makes a decision and others aren’t happy, he’ll feel responsible.

7. He’s Afraid of Missing Out

Another complicated aspect of a Libra man’s personality is his fear of missing out. This can also lead to him being indecisive and not committing. He never wants to limit his options.

A Libra man can actually feel claustrophobic if he suddenly has too few options. He needs to feel like he has an escape hatch. That is why he struggles to commit to a person, idea or course of action.

Deep inside, a Libra man is afraid that if he commits to one relationship or decision, he’ll miss out on something different. He always wonders if a better opportunity was about to come along.

Libra men know they do better in partnerships than on their own. It’s not that he can’t be independent, it’s that he knows his strengths and limitations.

One of his strengths is that a Libra man is an artist and a dreamer. He is always coming up with new ideas and has a solution for every problem. Yet he also knows his weak spots.

One of his weaknesses is lack of follow through. A Libra man may expect that he will come up with the inspiration and ideas, but then it will be your job to help him follow through with his goals.

A Libra man may lean on you for support and encouragement or to hold him to an idea so that he is accountable. Sometimes, even in spite of this accountability, a Libra man won’t follow up.

He’ll get distracted or bored and then move on to the next idea. He may also simply lose interest beyond the creativity and imaginative stage. This is especially true if the process becomes too tedious or challenging.

9. He’ll Idealize You, Then Feel Disappointed

Another challenge faced by all Libra men is the cycle of building up high hopes because of their ideals, then feeling disappointed when things don’t go according to plan.

This can be the case both for events but also relationships. A Libra man may come to the conclusion that you are a perfect match for him. He may see you as an ideal version of yourself.

He may imagine your potential, or the potential he wants you to fulfill. Yet when you don’t act according to the image, he has of you in his mind, he may feel betrayed.

Libra men can project their own wishes and desires onto others. This usually ends with them feeling let down. It’s important to be true to yourself and help your Libra man see who you are, not who he wants you to be.

10. He’s Loving but Not Always Affectionate

A Libra man will be romantic, loving and attentive, but then he may suddenly pull away. At least, this is how it seems. He’ll suddenly put his hands in his pockets rather than holding your hands.

He may be affectionate one moment but aloof the next. This is because although he is quite romantic, a Libra man also needs breathing room. Especially when out in public.

He has mixed feelings about public displays of affection. Sometimes he’s in a warm and cuddly mood. Yet when you’re out with friends together or around family, he may hold back.

He’s highly social and doesn’t want to create a scene or make others feel awkward because he’s being affectionate with you. He may also feel that too much affection in public interferes with his ability to be attentive to his friends.