Libra Man Compatibility with All 12 Signs 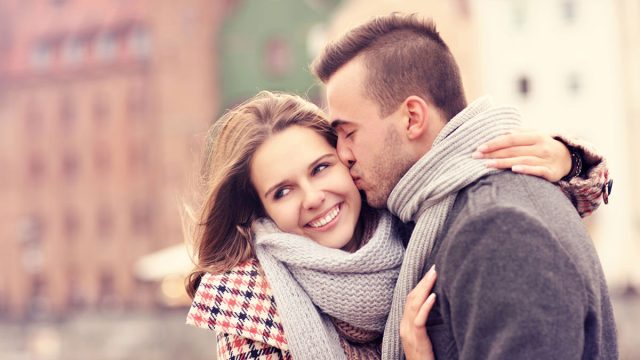 If you want to find the perfect match for a Libra guy, you must first determine the Libra man’s compatibility with each zodiac sign.

Which astrological sign makes the best partner for a sweet, loving Libra?

When you’re looking for a Libra man’s ideal astrological match, you should compare his personality to the typical traits of all the other signs.

Is a Libra man most compatible with a fellow Libra, or does he need someone to balance him out like his opposing sign Aries?

Once you have a better understanding of the characteristics of all 12 signs, you will know how compatible each one is with a Libra man.

Every zodiac sign has a unique symbol, and Libra’s symbol is the scales. This means that a Libra man strives for balance in everything he does.

He needs a partner who understands him, yet can balance him out. Her distinct similarities and differences make an Aquarius woman the best match for a Libra man.

Each sign correlates with one of four natural elements: earth, fire, water, or air. A sign’s element conveys that sign’s disposition and values.

Libra and Aquarius are both air signs, and air signs are known for being social, curious, and analytical.

Libra is much more of a social butterfly than Aquarius, and as the sign of the humanitarian, an Aquarius woman likely uses the social side of her personality nature for serving others rather than partying.

Aquarius women can be contrary and hard to please, while Libra men can be a bit shallow and frivolous.

An Aquarius lady can teach a Libra guy to be less superficial, while a Libra man can overlook the eccentricities that drive many other signs away from an Aquarius woman.

Being blind to his partner’s flaws is one of the typical characteristics of a Libra man in love, so no one is better equipped than a Libra guy to handle the quirks and foibles of an Aquarius woman.

Gemini is symbolized by the twins, making a perfect match for Libra’s scales – there is one twin, or facet of a Gemini woman’s personality, for each side of Libra’s scale.

For a Libra, the best match for marriage is someone who is as social and outgoing as he is. A Gemini lady likes to party and meet lots of interesting people just as much as a Libra guy.

Neither partner will get jealous when the other chats and flirts with other members of the opposite sex because they understand each other’s charming and gregarious nature.

They are both intellectually curious and will enjoy going to social events together to satisfy their need for mental stimulation, such as museum exhibits and dinners at exotic restaurants.

Fair-minded and level-headed Libra can help calm and balance a Gemini, while Gemini can motivate and excite Libra.

Every zodiac sign has a guiding heavenly body that reveals something significant about that sign’s personality.

A Taurus woman and a Libra man are so compatible because they share the same guiding planet. Both signs are governed by Venus, the planet of love and beauty.

The influence of Venus means that the typical Libra man’s personality is affectionate, loving, and romantic, and no one can match his ardor like a Taurus woman.

Taurus is an earth sign, and earth signs are known for being grounded, logical, and strong. These qualities provide equilibrium for a Libra man, who is a bit too optimistic and playful to be realistic at times.

As the sign of the scales, a Libra man appreciates the balance and stability a Taurus woman can give him. In return, a Libra guy will give a Taurus lady all the love and excitement she could ever need.

The Libra compatibility with Sagittarius is so strong because both of these zodiac signs are so positive and hopeful.

They both see the sunny side of life and choose to believe that things will always work out for the best, even when the situation is dark and dire.

This couple needs to be careful not to rely too heavily on their luck and charm, though, otherwise, they may find themselves in trouble.

The Sagittarius woman will also have to work on her tact so as not to offend or embarrass the polite Libra guy.

Sagittarius is a fire sign, and air sign Libra can either stoke a Sagittarius woman’s natural flame or blow it out completely.

If they are both patient and try to be a little more grounded, these two signs can make a perfect match.

Libra follows directly after Virgo in the order of the zodiac, and typically, neighboring signs don’t make the best romantic partners.

But a Libra man and a Virgo woman do have some similarities that form the basis of a solid friendship and possibly even a successful long-term relationship.

A Virgo woman is a perfectionist, so she wants everything – from her home decor to her outfits – to look perfect.

Ruled by the planet of beauty, a Libra man is also particular about aesthetics and wants his surroundings to be visually pleasing.

If they can find some common interests and hobbies, such as cooking or painting together, then they can have a good partnership.

You might think that two people born under the same sign should be a perfect match because they have so much in common, but this isn’t always the case.

As the sign of the scales, a Libra man wants to be with someone who isn’t necessarily exactly like him because he craves balance more than sameness.

Libra is perhaps the most indecisive of all the zodiac signs, meaning that a partnership composed of two Libras will have a hard time making any choices.

Whether they need to choose what to have for dinner or if they want to have children, a double Libra couple will vacillate back and forth on every decision.

A Libra man and woman would both be better off with a partner who possesses the traits that they lack.

The Leo woman and Libra man compatibility is strong, and a relationship between these two signs has a good chance of being successful.

But there are other, more compatible matches for these two signs, so they might be better off as just friends.

Leo is a very flashy, ostentatious sign, and there is nothing a Leo woman loves more than attention.

A Libra man can also be fashion-forward and fancy, and a Leo woman brings this side of him out for the world to see.

But a Leo woman is a bit too hot-headed for the even-keeled Libra man, and the Libra guy is a little too flaky and flirtatious for the jealous Leo lady.

Capricorn is an earth sign, and while air sign Libra typically gets along well with earth signs, the typical Capricorn woman has a few traits that don’t mesh well with a Libra man.

Capricorns tend to complain a lot and can be a bit of a wet blanket. A positive Libra guy will tire quickly of a Capricorn woman’s grievances.

The Capricorn woman won’t like how unreliable and, at times, impractical the Libra guy can be.

Although there is room for a friendship between these two signs, they should avoid entering into a romantic relationship with each other.

As the sign directly parallel to Libra on the zodiac wheel, Aries is Libra’s opposing sign. Sometimes, opposing signs can attract; after all, their opposition means that each has the qualities the other lacks.

But when it comes to an Aries woman and a Libra man, opposites do not attract. Aries is a fire sign, and fire signs are temperamental.

The Libra man won’t put up with the Aries woman’s temper tantrums, and the Aries lady will get tired of the Libra guy refusing to stick up for himself, or her.

These two will bicker and argue so much that a successful romantic relationship is practically impossible.

Libra is an unemotional, logical air sign, while Cancer is a sensitive, intuitive water sign. They have almost nothing in common and don’t see eye-to-eye on hardly anything.

Although air signs don’t typically get along well with water signs, what Libra and Cancer do share is a strong concern for other people’s feelings.

A Libra man and a Cancer woman will likely run in the same circles because they both make such good friends.

But when it comes to pairing them together, they just don’t have the right chemistry to make a relationship work.

Pisces is one of the most sensitive and emotional signs of the entire zodiac, and a Libra man can’t handle the depth of a Pisces woman’s feelings.

She is prone to big emotional displays, which is a huge turn-off for a Libra guy. She makes her decisions with her heart rather than her brain, which will drive the analytical Libra man crazy.

The Libra man doesn’t possess the emotional depth that a Pisces woman is looking for, and she will always feel like there is something missing from their relationship.

These two signs are far too different to make a good match, and they should focus on finding partners who understand them better.

There are very few successful Libra and Scorpio couples because these two zodiac signs simply don’t get along with each other.

Not only is Scorpio a water sign, which is the worst element to combine with air sign Libra, but it also has Mars as its guiding planet.

Mars is the planet of war and aggression, and the influence of Mars gives Scorpio women a feisty, combative attitude.

A Libra man won’t know how to deal with her intense emotions and he will flee when she goes into fits of rage.

Trust is of the utmost importance to a Scorpio woman in a relationship, and a flirtatious, flaky Libra man simply doesn’t make her feel safe.

These two will butt head constantly and will never share values or priorities, so it’s best if they avoid each other.