How to Avoid Making a Libra Man Break Up with You 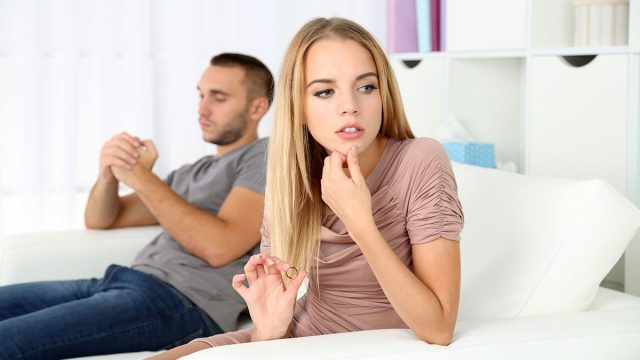 This will keep you from overwhelming him with too much emotion.

Will a Libra man come back after a breakup? Usually, yes. He’ll waver back and forth before fully committing. It’s better to avoid a breakup altogether if you can.

If you know how to get a Libra man to stop ignoring you without chasing him or pushing too far, you’ll be able to avoid a breakup. Don’t come on too strong. Give him space.

Even if you see signs a Libra man lost interest, it may not be too late. The key is to get his attention without being demanding or clingy.

Leaving a Libra man alone from time to time is one of the best ways to get his attention and renew his interest in you. When he’s paying attention to you, make sure you pay attention to your appearance.

The biggest dealbreaker for a Libra man in a relationship is if you stop caring about your appearance. You may think he’s being shallow, but like it or not a Libra man is image conscious.

He has a strong sense of beauty and loves to see you flaunt your natural strengths and attractiveness. If you stop caring about your appearance, he’ll start to lose interest. Yet this can easily be reversed.

Spend a little extra time picking the right outfit when you plan to see him. He’ll assume that if you dress well and take care of your appearance, you’re showing you respect yourself.

Also, as an artist, a Libra man loves it when a woman treats her body like a canvas to be accentuated with beautiful clothing and accessories or makeup. He is drawn to anyone or anything beautiful because it is like viewing a work of art.

If you want to know how to get a Libra man back after a breakup, the key is to look your best and pay attention to your appearance. Treat yourself to a makeover or upgrade your look. This will get his attention.

Be Conscious of Reputation

If you’re wondering how to know when a Libra man is done with you, take time to review your recent interactions. Have you done anything to cause a scandal or embarrass him? If you want to keep a Libra man, you’ve got to have a good reputation.

Being a woman of high integrity is important. A Libra man can celebrate eccentricity and loves a free spirit, but he won’t stick around for drama or chaos. If you damage your own reputation, he’ll assume you’ll damage his as well.

Yet if you stand out as the kind of woman who naturally commands the respect of others or as a woman who is fair, compassionate, honest and respectable, you’ll be able to breakup proof your relationship. Your reputation will speak for you.

When you see signs a Libra man is trying to hide his feelings for you, you may be confused at first. You may think he is avoiding your or that you don’t have a chance. Be patient so he can become comfortable with you.

Be Fair with Others

Why does a Libra man keep coming back? If he sees that you are compassionate and fair minded, he’ll want to try to work things out in the relationship. He needs to feel like you are conscientious.

If you only care about promoting your own opinions, or if you are critical of other people, a Libra man will back off. Don’t just show you’re fair with him. He’s watching to see how you treat everyone. Even complete strangers.

If you are compassionate and generous with strangers, kind to the servers at the restaurant or strangers on the street, your Libra man will take note. He will want to stay with you because he sees that you as having similar values.

If you want to prevent a Libra man from breaking up with you, challenge yourself to see both sides of every story. Try to consider every perspective before coming to a conclusion.

When a Libra man wants you back, he will want try to be tolerant and accommodating. But there are some lines he won’t cross. He’ll want you to know that you support him. If you criticize him, he’ll be turned off.

No contact rules with a Libra man are important to respect. If he asks for space, honor this request. Don’t accuse him of being cold. He will take this as a personal criticism. What you may see as his being “cold” may be his self-care.

You can create unintended damage in your relationship with a Libra man if you are too critical of him or others. If you criticize him, he’ll feel personally attacked. He may try to soften your perspective but eventually he’ll retreat altogether.

When a Libra man wants you back, he’ll go out of his way to try to be agreeable with you. Though he likes some occasional friendly debate, a Libra man doesn’t like confrontation.

He needs to feel like he can have a doorway out if a discussion gets too heated. Committing the phrase “Let’s agree to disagree” to memory can save your relationship with a Libra man.

It could be his preferred way to tie up loose ends in a conversation and move on so that he doesn’t get sucked in to negativity. You may need to know when to tone down an argument. This can make or break your relationship.

When you agree to disagree with a Libra man, you’re respecting his difference of opinion without being insulting or dominating. He may also need to drop a topic before it becomes too much of a power struggle.

You can get a Libra man to keep his interest in you by showing that you care about society and not just your own ambitions and goals. When you act like a humanitarian, you increase a Libra man’s attraction to you.

He’ll have more faith in you when he sees that you are concerned about the welfare of others and are willing to become part of the process of change to help others. Your compassion toward others can make a Libra man fall in love with you.

You can show your humanitarian side by following your ideals. Don’t just tell him you feel bad for homeless people, become active in a group that prevents evictions. Show your concern for animals and the environment as well.

You don’t have to have the solution to every problem. Often, a Libra man will be just as thrilled to see that you are idealistic and care about important causes. He doesn’t always think in practical terms.

A Libra man loves idealism. He wants to know that you have a dream and aren’t afraid to aim high. Show your Libra man that you are creative and innovative. Your ideals will attract him more than any part of your personality.

If you want to keep a Libra man from breaking up with you, emphasize your ideals. Show him that you have high aspirations and don’t settle for the status quo if it violates your integrity.

This works both ways as well. Show your Libra love interest that you value his idealism. Don’t interrogate him to get to the practical details. He doesn’t usually have a plan. He has dreams and faith and that works out well for him.

It comes as a surprise to many women to know that even a Libra man madly in love still needs a fair amount of space. This is because he needs to balance his time with you with time alone.

He needs to know that you aren’t going to become clingy or dependent on him. He doesn’t like to be overwhelmed by emotions or intensity in a relationship. Show your Libra man that you are fine on your own.

The more independent you are, the more he’ll admire you. When you have a busy schedule and lots of engagements with friends and when you aren’t always available when he calls, he’ll take it as a good sign.

He will think you’re popular, ambitious and independent and this will make him want to stay with you. A Libra man will want to be with you because he will see that you respect his freedom and won’t smother him.

Don’t Get Jealous of His Friends

You can keep a Libra man happy in a relationship with you when you keep the flirtation alive and show him your romantic side. Yet if you misread his friendliness and assume he is flirting with his other female friends, it will cause trouble.

Libra men are extremely friendly. They can’t help being social butterflies and sometimes their friendly attitude comes across as being flirty. He likely has a many friends. He may even be friends with his ex. Don’t show jealousy.

If you act insecure or jealous or try to get him to stop spending time with his female friends, he’ll shut down. It’s a major turn off for a Libra man when a woman tries to control him. Especially if you try to limit his friendships.