What is The Best Match For a Libra Man? 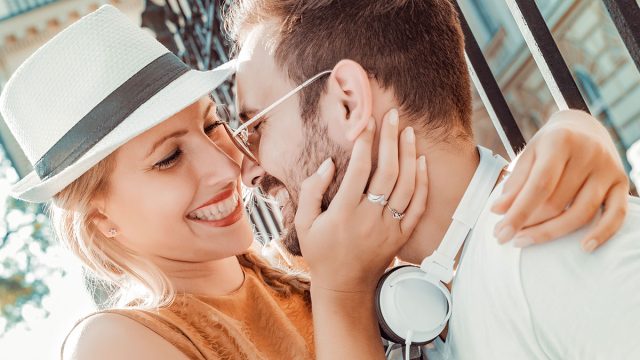 If you are interested in a Libra guy and wondering if you are compatible, you should know what it takes to be a Libra man’s best match.

What are a Libra guy’s likes and dislikes in a woman?

Libras are non-confrontational and always try to keep the peace, so it can be difficult to tell if someone upsets them or when they dislike somebody.

So, how can you find out what traits a woman needs to have to make her the perfect partner for a Libra guy?

By looking at his sign’s typical personality traits and psychological characteristics, you can determine what makes a woman a Libra man’s best match.

Each zodiac sign has a ruling heavenly body that reveals something about that sign’s values and ideals. The ruling planet for the sign Libra is Venus, the planet of beauty and love.

This means that Libras have a deep appreciation for aesthetics and they love being surrounded by beautiful people and things.

The typical Libra man’s personality is a little bit superficial and materialistic. His ruling planet Venus makes him focus a great deal on outward appearances.

The Libra man mentality is that he puts a lot of effort into his appearance, so he should be with someone who cares about her looks, too.

This doesn’t mean you have to be a supermodel to match with a Libra man. It’s more about how you take care of yourself and how you present yourself to others.

A Libra guy wants a woman who dresses nicely and always looks neat and polished. A girl who wears dirty sweatpants and a sloppy ponytail every day won’t catch a Libra man’s eye.

A tiny trick to snatch your Libra man's heart?... even if he's cold and distant...

If you are wondering, “Who should a Libra man marry?” The answer is someone as socially conscious and interested in helping other people as he is.

Libras tend to be social justice warriors and they care a great deal, not just about the people around them, but also society as a whole.

They want to make their mark on the world and leave it a better place for the next generation. They hate to see anyone suffer and strive to be a catalyst for positive change.

A woman who works for a nonprofit organization or in a profession that helps others, such as a doctor or an educator, makes a great partner for a Libra guy.

If a woman is passionate about contributing to society and working to improve the lives of others, she could be a Libra man’s perfect match.

Because a Libra guy cares deeply about appearances, he wants a partner who is not only put-together and attractive but also sophisticated.

Libra men crave the finer things in life and they appreciate a woman who dresses elegantly. But being sophisticated is about more than just dressing well and looking stylish – it’s also about how you carry yourself.

His ideal mate should be able to wear an expensive gown as comfortably as her pajamas, but she should also never be crude or crass.

A Libra’s best match for love is someone who is chic and refined in every way. If a woman looks and acts like royalty, he will treat her like a queen.

He doesn’t want someone who is too loud, swears a lot, or gets in physical fights. Anything he views as tacky or declasse is a huge turn off for him.

If you want to show a Libra man that you’re his perfect match, conduct yourself like a lady. Show him that you can be gracious, decorous, and respectful of others, and he will know that you’re the one for him.

If you are asking yourself, “Who should a Libra marry?” The answer is someone who knows how to carry a conversation.

Libras are social and talkative, but they are also great listeners. Their charm and communication skills make them excellent conversationalists.

A Libra man will be bored to tears and frustrated with a woman who is always silent, never has an opinion, or doesn’t know how to express herself verbally.

He needs someone intelligent with whom he can have interesting and stimulating discussions.

If you are with a Libra guy and your talks are full of awkward and uncomfortable silences, you probably aren’t the right match. If you don’t make him think or exercise his brain, he won’t be attracted to you.

Although they are ambitious and have a strong work ethic, Libras are also, paradoxically, quite lazy in many ways.

For example, while a Libra man is happy to put in long hours at the office to pad his paycheck, he hates working out and tries to avoid exercise.

But Libras strive for balance in everything they do, so a Libra who never works out will feel uncomfortable and sluggish.

Those with the typical Libra personality need a partner who is health-conscious and can motivate them to keep in shape.

Libras are vain, so for them, a large part of taking care of themselves is about looking good.

But more importantly, a Libra man needs movement and a release of physical tension to maintain the balance he so strives for in every area of his life.

A common Libra man’s weakness is that he is a natural flirt. He’s a social butterfly and a people pleaser, so he can’t help but flirt with just about anyone who crosses his path.

A Libra man needs a woman who is willing to stick by his side and go out with him frequently. A homebody or a couch potato is not the right partner for a Libra.

The Libra man’s ideal partner should also understand that even though he talks to lots of other women, flirting is as far as he’ll go.

Libras are loyal and as long as he is happy in his relationship, he won’t think of cheating or leaving his partner for another woman, no matter how much he flirts.

For a Libra guy, the ideal partner is someone who is happy to attend lots of social outings with him and is okay mingling on her own while he works the room.

She should be trusting and know that even though he wants to spend time talking with everybody, at the end of the day he’s going home with her.

Because he is so sweet and caring, a Libra’s best match for marriage is someone as thoughtful and compassionate as he is.

A Libra man won’t be attracted to a woman who comes across as cold and unfeeling. As much as he dislikes dramatic displays of emotion, he hates selfish people who don’t care about others.

Libras are courteous and polite, so it makes sense that one of their biggest pet peeves is when someone is rude or inconsiderate.

A Libra man’s best match is a woman who is empathetic and willing to put others before herself sometimes.

Although they can be lazy at times, for the most part, Libras are hard-working and determined to succeed.

Much of their drive comes from a desire for an opulent and luxurious lifestyle. They want the whole world and they are willing to work tirelessly for it.

A Libra man in love deserves a partner who is as ambitious as he is and has big dreams for the future.

Libras value self-improvement, so even if his partner’s goals aren’t financial, she should have some aspirations and a dream she is always working towards.

Because they are ruled by Venus, the planet of beauty, Libras have a deep appreciation for art and design.

Libras respect people who can create beautiful things. An artist, dancer, photographer, fashion designer, or interior decorator would be a great match for a Libra man.

Libras tend to be logical, so a Libra man will be fascinated by the way a creative woman’s mind works and how she expresses herself through her craft.

He will always admire and support her creative endeavors and will appreciate the balance she provides him with her imaginative and innovative way of thinking.

Each sign of the zodiac has a unique symbol, usually an animal, that exemplifies the dominant personality traits of that sign. The symbol for Libra is the scales.

It’s worth noting that Libra is the only sign of the entire zodiac that has an inanimate object rather than a living creature as its symbol.

The symbol of the scales means that Libras continuously strive for balance in everything they do. They are also passionate about justice and equality for all.

A woman who works in the legal system would make a great partner for a Libra man. He will be endlessly fascinated by her work and will admire her dedication to justice.

But a woman doesn’t have to be a judge or a lawyer to be the perfect match for a Libra guy.

The best match for Libra man is a fair-minded woman who can see both sides of any argument. He needs a partner who can step back from a situation and see it from multiple perspectives.

How do Libra Men Show their Love and AffectionWhat to Do When Your Libra Man is Angry?
Hello, I'm Liz