What to Do When Your Libra Man is Angry? 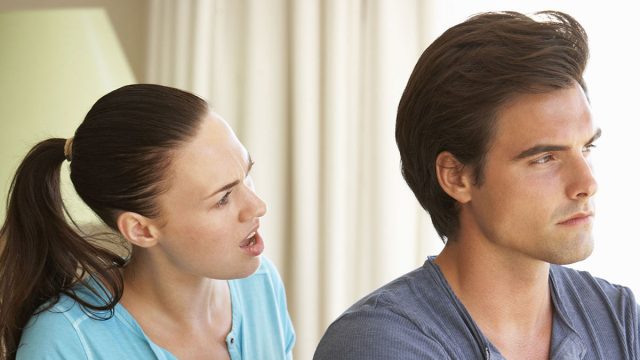 If you are dating a guy born under the sign of the scales, you might wonder what you should do when your Libra man is angry.

How can you help him get rebalanced when he’s upset?

Everyone expresses anger differently and it can be difficult to know how you should react or what you can do to help.

Learning more about the typical Libra traits can give you a better idea of what to expect when he’s mad.

You can use astrology to find out more about his sign’s personality and understand what you should do when your Libra man gets angry.

When a Libra man is mad at you, the worst thing you can do is overreact and get emotional.

What scares a Libra man more than anything is a big, dramatic display of emotions, so when you meet his anger with tears or rage of your own you will only make him more upset.

If you’re not the one who upset him, don’t rile him up more by being dramatic or getting angry with him.

Keep your cool and stay calm when your Libra guy gets mad if you want his anger to blow over quickly. Not only will you help ease the situation, but you will also impress him with your stoicism.

If your Libra guy is mad at you, you will need to give him a sincere apology before he can move on.

Libras are forgiving, but only when they know your apology is genuine and that you understand what you did was wrong.

Libras are kind and compassionate, so turning on the waterworks and trying to make him feel bad for you when you apologize will work, but it won’t sit well with him.

He might become resentful that your apology has somehow turned into him having to soothe you.

To really show your Libra man how sorry you are, be rational when you apologize. Don’t let your emotions get the best of you, and explain to him the reasons why you know you are wrong and are truly contrite.

Libras hate arguments and fighting, so he will forgive you quickly and won’t hold a grudge.

When he is pleased with you again and compliments you for your level head and rationality, it’s one of the signs he has feelings for you.

If you are wondering how to handle a Libra man when he is upset, you have to acknowledge his feelings.

Sometimes, a Libra guy just wants to be heard. He needs you to recognize what he’s going through and validate his feelings.

Don’t ignore his attitude when he’s upset because you just might make it worse. Instead, take a moment to ask how he is feeling and if there is anything he would like to discuss.

Acknowledging his feelings and giving him the chance to talk about his problems will help soothe him and draw him closer to you.

Help Him Work Through His Anger Logically

If you want to know how to make a Libra man obsessed with you, show him your rational side and help him work through his anger logically.

Stay calm and ask him why he is so upset and what you can do to help. Help talk him through the problem and try to find a helpful solution.

When you keep your cool, your mood rubs off on your Libra guy and helps calm him down, too.

Libras are uncomfortable with negative emotions, so when your Libra guy is angry he just wants a solution so he can move on and feel better.

You can help him a lot by assisting him in devising a plan to solve the problem or a constructive way to work through his emotions instead of stewing in his resentment.

When you help him work out whatever he is struggling with, it proves to your Libra man what a valuable and caring partner you are.

If your Libra guy is angry, don’t ever tell him to calm down or be quiet.

A Libra man is usually calm, patient, and forgiving, so when they get so angry they explode, you need to let him instead of trying to quell his wrath.

It’s a worse sign when a Libra man stops talking to you than if he raises his voice or wants to talk about the problem, so instead of trying to silence him you should encourage him to vent his frustrations.

Be a good listener and a shoulder to cry on when your Libra guy needs to talk about his feelings and why he’s upset.

Even when you’re not the cause of his anger, he appreciates having you as a sounding board and that you care enough to listen.

If you are not sure how to handle a Libra man when he’s angry, sometimes the best thing you can do is give him a little space.

Although they are typically affectionate and cuddly, an irate and irritable Libra man doesn’t want to be touched or bothered.

Unless he initiates it, don’t try to snuggle with your Libra guy when he’s mad at you. Some signs like to get physically close when they are having trouble feeling emotionally connected, but Libras prefer a bit of breathing room.

If your Libra man is upset about something else that has nothing to do with you, you should still consider giving him time and space to work through his feelings on his own.

Let him know that you are there for him if he wants or needs you, but you understand that he needs time to himself to process his emotions.

Help Him Calm Down

Instead of ordering him to calm down or getting worked up when your Libra man is mad, try helping him cool off.

Usually, it’s not just one thing that sets a Libra guy off, but a combination of various stressors. You can help him calm down by taking some of these problems off of his plate.

If he’s angry and has a bunch of chores to do, start doing them for him so it’s one less thing he has to worry about.

You could also try giving him a massage, playing a game, or watching a movie together to take his mind off of his problems.

When your Libra man thanks you for helping him feel better, it’s one of the signs he caught feelings for you.

When a Libra is hurt, sometimes all he wants is for someone to take his side and tell him that he’s right.

Don’t get as worked up as he is, but agree with him and tell him that you see his side of the argument.

Show him that you understand how he feels and that you would be angry, too, if you were in the same situation as he is.

Although he values diplomacy and fairness, sometimes playing the devil’s advocate will only make your Libra guy feel misunderstood and more upset.

When you take his side, it shows him that you are his partner and that he doesn’t have to face whatever he’s going through alone.

Although you should always take his side, especially in front of other people, a Libra man appreciates a woman who is fair-minded and thoughtful. When he’s upset, try to understand other perspectives of the problem.

Once you’ve made it clear that you are on his side and have his back, you could try gently pointing out the positive side of the situation or that whoever has made him mad has some valid points, too.

Don’t stand up to him or make him feel worse, but guide him to see other ways of looking at the dilemma that has made him so upset.

He will see how rational and intelligent you are, and that you are compassionate enough to be able to step into other people’s shoes. These are all qualities he admires and finds attractive in a partner.

If you want to know how to get a Libra man to chase you, be the comforting arms and safe space he can run to when he’s hurting.

Libra is one of the rare signs that are quite sensitive to the emotions of others but have a thick skin and don’t get their own feelings hurt very easily.

You might assume that, since he is usually so logical and level-headed, a Libra guy wants tough love when he’s upset. But in reality, this couldn’t be further from the truth.

Libras are secretly very critical and hard on themselves, even if they never express their insecurities to anyone else.

If you tell your Libra guy to toughen up when he’s mad, instead of inspiring him it will only hurt him more. It also tells him that you aren’t someone he can go to with his problems.

Instead of using tough love on your angry Libra guy, try a gentler approach. Try to soothe and relax him instead of pushing him to get over whatever has him so upset.

What is The Best Match For a Libra Man?How Does a Libra Man Apologize?
Hello, I'm Liz