What Happens After a Libra Man Breaks Up with You 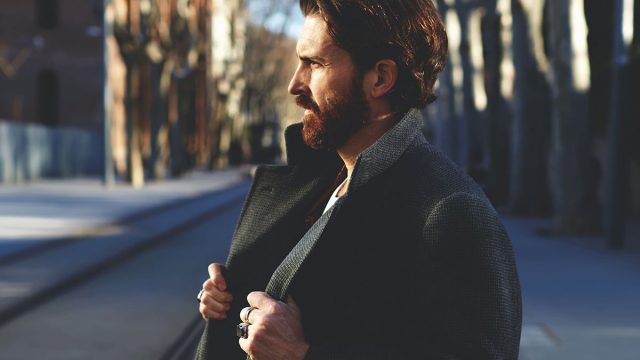 If you have recently dumped or been dumped by a Libra guy, you are probably wondering what happens to a Libra man after a breakup.

Will he move on to another girl quickly, or is he pining after you?

The way that a Libra man reacts to a breakup depends on whether or not he broke up with you and how much thought he put into it beforehand.

You may wonder what he does to get over a breakup and if you have a shot at getting him back.

By looking at his zodiac sign’s typical personality traits and psychological characteristics, you can get a better sense of what happens after a Libra man breaks up with you.

He Doesn’t Get Emotional

For a Libra man, emotional distance after a breakup is key. You won’t catch him crying or feeling sorry for himself after a breakup, no matter how torn up he is inside.

Don’t be surprised or offended by how unemotional your Libra guy seems after you separate. It’s not in his nature to mope or look for sympathy.

Leaving a Libra man alone and giving him emotional distance after a breakup could either work for or against you, depending on the reasons why you broke up.

If he dumped you amid a heated argument, you should contact him to see how he’s feeling and try to reconcile. But if he dumped you after long and thoughtful consideration, appealing to his emotions won’t work.

Either way, don’t expect a big emotional display from this stoic sign after a breakup. He is putting on a front because he doesn’t want other people to see how hurt he truly is.

He Analyzes the Relationship

Libras are very rational and analytical. After a breakup, a Libra man will review the relationship in his mind to try to figure out where things went wrong.

If you want to know how to make a Libra man obsessed with you after a breakup, approach him calmly and point out the problems that made the two of you separate.

Instead of crying, throwing yourself at his feet, and begging him to come back, show him what you’ve learned from the past and how things will be better if you reconcile and get back together.

Tears and wailing might make him so uncomfortable that he gets back with you just to make you feel better, but you will impress him and make him want you more if you show him your logical side.

A Libra man wants to grow from his past relationships, so he will comb through his memories to try to pinpoint when things went sour and what either of you could have done differently.

He needs an explanation for the breakup to be able to accept it and move on. If he can’t find a good reason for the split, he may come to you looking to get back together or for closure.

He Could Come Back to You

If you are wondering, “Will a Libra man come back after a breakup?” The answer is maybe… depending on the circumstances of your separation.

When a Libra man wants you back after a fight or he messes up, you will know it right away. He will call you to apologize and try to make up.

If you want to know how to get a Libra man back after a breakup, you have to forgive whatever he did wrong and move on completely.

But if you think a Libra man always comes back, think again. If he thought about the breakup long and hard before dumping you, it will be nearly impossible to get him back.

Libras are excellent at separating the logic and emotion, so if he has decided that your relationship no longer makes sense, it will be hard to prove him wrong.

He Moves on Quickly

Each zodiac sign has a ruling planet or heavenly body that reveals a distinct personality trait of that sign. Libra’s ruling heavenly body is Venus, the planet of love and beauty.

Because his sign is ruled by the planet of love, a Libra man dislikes being single and he won’t be alone for very long.

If he doesn’t make an effort to get back together with you and starts dating someone else right away, it’s one of the clear signs a Libra man is not into you anymore.

He’s not trying to hurt you or make you jealous; he simply can’t be alone for too long and is looking for his next relationship.

He Hits the Gym

Having a ruling planet with a focus on love and beauty means that a Libra guy can be a bit superficial. Looks are important to him, so he takes care of himself, especially his appearance.

After a breakup, a Libra guy will be even more invested in his physical appearance than usual. He will start hitting the gym out or increase his workout routine to boost his self-confidence.

Libras don’t particularly enjoy exercise, but they love looking and feeling good. A Libra guy knows that working out not only floods his brain with endorphins to cheer him up after a breakup, but also makes him feel more attractive.

He is also trying to get in shape for his next partner. A Libra guy won’t stay single for long and he wants to look his best when he asks out a new girl.

He Leans on His Friends

Because Libras don’t like being alone, your Libra ex will probably lean heavily on his friends after a breakup.

He doesn’t expect his friends to coddle him or take care of him after a breakup, but he does want the distraction of their company.

Being around his friends helps keep him from getting lonely and having to face his uncomfortable emotions.

Don’t be surprised if your Libra man starts sleeping on his friends’ couches and hanging out with them all the time after you separate. He is seeking a connection and trying to avoid feeling sad.

When a Libra man stops talking to you after a breakup, he’s probably not being vindictive and intentionally ignoring you. It’s more likely that he is staying super busy to avoid dealing with his feelings.

A Libra guy hates feeling lonely or sad, so ending a relationship is hard on him. He will book his calendar after a breakup to procrastinate confronting his emotions.

If he throws himself into a project and always seems to be distracted and occupied after a breakup, it’s one of the signs a Libra man is trying to hide his feelings.

His approach to handling negative emotions is to crowd them out with so many activities that he doesn’t have time to acknowledge his heartbreak and feel upset.

If you see pictures on social media of him traveling, working on a new hobby, or even getting a pet, it means that your Libra guy misses you and is trying to stay busy to distract himself.

He’s trying to live his best life and move on, but inside he is hurting deeply and doesn’t know how to handle it.

He Goes Shopping for Himself

Libras are very generous with their partners in every way. If you were dating a Libra guy, he probably spent a great deal of time, effort, and money on you.

After a breakup, a Libra man celebrates his new independence by going splurging on himself. He might get a nice haircut, some new clothes, or even something as extravagant as a car or a vacation.

He is trying to prove to himself that the breakup was for the best, and one of the perks of being single is that he has more money to invest in himself instead of spending it on a partner.

He also enjoys luxury and appreciates nice things, so shopping for fancy clothes and accessories gives him a mood boost and self-confidence.

Don’t be surprised if your Libra guy suddenly looks better than ever after a breakup. It’s not that he’s trying to show you what you’re missing; he is just trying to make himself feel better.

Some signs withdraw into themselves and need time alone to process their emotions after a breakup. They might isolate and avoid other people while they mourn the loss of their relationship.

Libra is not an introverted or particularly introspective sign. When a Libra guy is hurting after a breakup, he wants to surround himself with people and try to have fun.

A Libra guy’s approach to a breakup is to go out and party with his friends as much as possible. Instead of retreating and examining his feelings, he wants to pretend that everything is okay.

It’s much harder for him to feel lonely when he’s in a crowded bar and it gives him the chance to meet someone new.

When you see photos on his social media of your Libra ex going out partying and surrounded by friends and new people, it doesn’t mean that he’s celebrating your breakup.

It means that he misses you and is in pain, but he’s doing everything he can to move on and avoid feeling hurt.