How do Libra Men Show their Love and Affection 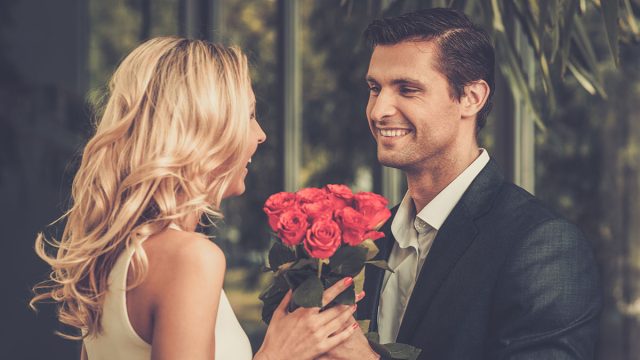 Because they are so sweet and charming with everyone they meet, it can be hard to tell if you are the object of a Libra man’s affection.

What are the signs that he likes you as more than a friend?

Libra men are notoriously indecisive, so it might take your Libra guy a while to work out his feelings for you or decide to pursue you.

But if he likes you, he won’t be able to hide his feelings, no matter how hard he tries. There are plenty of indicators that a Libra man has a crush on you, even if he doesn’t realize it himself.

By learning about his zodiac sign’s typical personality traits, you can get a better sense of how a Libra man shows love and affection.

He Gives You His Things

Libras are naturally generous and they also find generosity in others attractive. A Libra man has no problem spending his time, money, or energy on his friends.

But when a Libra man is attracted to you, he will not only be generous with you, he will quite literally give you the shirt off of his back.

When a Libra guy likes a girl, he gives her his things. It’s his way of showing that he cares deeply, and, perhaps subconsciously, he’s marking his territory.

If you want to know how to make a Libra man obsessed with you, thank him effusively when he gives you his possessions, and do something nice for him in return.

For example, if he lets you borrow his car keys, fill the tank up with gas before returning it to him.

If you want to know how to get a Libra man to miss you, give him some of your things, as well.

When he sees the books you gave him on his nightstand, for example, you will be the last thing on his mind before going to bed.

Libras are innately giving, so if he likes you at all, a Libra guy will be generous with you. If he has a crush on you, not only is he generous, but he will also give you his own possessions.

He Shows Up Where You Are

One of the signs a Libra man secretly likes you is when he always seems to show up where you are, even in places that don’t make sense for him to be.

For example, if you know he hates sports but he still shows up to the game you are attending with a mutual friend, you might wonder what he’s doing there.

When a Libra man is interested in you, he makes an effort to be around you, even if he dislikes the activity. He’s trying to get to know you better and he simply enjoys being around you.

When your Libra guy constantly pops up wherever you are, it’s a clear indicator of his love and affection.

He Puts You Before Anyone Else

Libras are natural peacemakers and they hate confrontation. They are more concerned about the happiness of the group as a whole rather than individuals.

But when a Libra man likes you, he puts your wants and needs first. He not only puts you before himself but also before anyone else.

If you are wondering how to know if Libra man is serious about you, just look for signs that he is more concerned with your feelings than anyone else in the group.

When everyone else wants to go to dinner but you would rather see a movie, he advocates for your preference or volunteers to go with you.

When all your mutual friends are going to a party but you’re sick and have to stay home, he’ll skip the festivities to bring you soup.

If a Libra man puts you before anyone else, especially his group of friends, it’s a sign of his affection and love.

He Spends Time Alone with You

Libras like spending time in groups and their motto is the more, the merrier. It can be hard to get any time alone with this gregarious and social sign.

If he’s nice to you when you are in a group together but refuses to ever spend any time alone with you, it’s one of the signs a Libra man is not into you.

But if he tries to get you alone or is more than happy to accept your invitation to hang out one-on-one, it means your Libra guy really likes you.

If you want to know how to get a Libra man to chase you, try separating yourself from the crowd and see if he follows. If he comes after you, leaving his friends behind, it means you’re special to him.

He Makes Sacrifices for You

Because they are so naturally generous, Libras tend to be self-sacrificing to make the people they love happy.

When he gives up something that he loves for you, it’s one of the clear signs a Libra man has a crush on you.

If he has a standing poker night with his buddies but he skips it to hang out with you, it means you are really important to him.

When he wants to buy something for himself but spends his last dime on your birthday present instead, it means he’s into you.

A Libra man will show his love for you by making sacrifices and putting you ahead of anything else.

Libras are naturally charming and affable, so receiving a compliment from a Libra guy isn’t unusual.

But if you notice that he compliments you constantly, more than he does anyone else, it’s a sign that he likes you.

Libras know how to make other people feel comfortable and they dole out polite compliments to put people at ease.

But when your Libra guy makes you feel cherished and adored with his flattery, it means that he admires you and thinks you are extraordinary.

He Does Favors for You

This means that when a Libra guy likes you, he will go out of his way to make your life easier.

When he offers to drive you somewhere, cleans up after you, or takes care of a task he knows you’ve been dreading, it’s his way of showing love and affection.

He Sticks By You in a Crowd

Libra is not the most emotionally self-aware sign of the zodiac. Before asking you on a date, a Libra guy wants to be sure of his feelings of you.

If he won’t ask you out on a date but instead tries to invite you in a group to spend time together, it could be one of the signs a Libra man is trying to hide his feelings.

But he will reveal his true feelings, even subconsciously, through his actions. When a Libra guy likes you, he sticks by your side in a crowd.

He’s normally happy to be around a group of people, but when he’s attracted to you, he will naturally gravitate towards you.

If you find yourself always standing next to or in conversation with your Libra guy in a crowd, it means that he can’t help but be drawn to you.

When he follows you around and sticks by you in a group, it’s an indicator of a Libra man’s love for you.

He Treats You to Luxury

Libras value aesthetics and are drawn to beauty. A Libra guy is likely to have a strong interest in fashion, art, interior design, or photography.

A Libra man’s love of beauty can also make him seem shallow and materialistic at times. He likes nice things and will happily spend money on a designer label.

One of the characteristics of a Libra man in love that he treats the object of his affection to luxury.

When he takes you to a fancy restaurant instead of a food truck for your date, it means he likes you a lot. If he books a spa day for you to help you relax, it’s his way of showing affection.

When a Libra man spoils you with nice things and treats you to luxury goods, it’s a sign that he is falling in love with you.

He Calls You All the Time

Libras are excellent conversationalists because they are great at both talking and listening.

They know what to say to charm and soothe anyone, and they also know when to be a quiet and attentive listener.

Some signs hate talking on the phone while others make calls just to hear the sound of their own voice. Libras like to talk on the phone but not with just anyone.

If your Libra man calls you all the time, it means he’s into you. If he calls you more often than he texts, he is showing his feelings for you.

Talking on the phone is more personal and enjoyable to a Libra man than reading text messages. When he craves hearing your voice, it’s a sign of his love for you.

What Happens After a Libra Man Breaks Up with YouWhat is The Best Match For a Libra Man?
Hello, I'm Liz