How to Get a Leo Man to Respond to Your Text 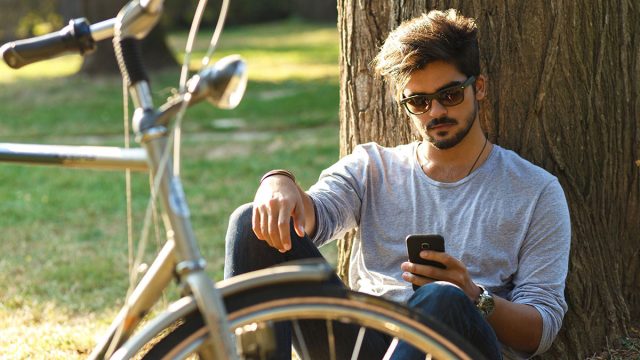 A Leo man’s text responses can depend on his mood. Usually, he’ll respond right away when he’s passionate and excited.

Yet if he goes quiet, it’s not always a bad sign. You have to know how to send specific messages that trigger him to respond.

His communication style is based on his mood at the moment. “Should I text a Leo man first?” You may ask yourself this but the answer isn’t a simple yes or no.

Sometimes, initiating contact encourages him. Other times, he’ll perceive it as being chased and shut down. Generally, it’s best to let him lead more often than not.

How does a Leo man test a woman? There are a number of tactics he may employ to test you when he’s feeling the attraction. Usually, he’ll step back at some point to see how you respond.

If you fall apart or chase him relentlessly, you’ve failed his test. A Leo man may slow down communication to make sure you can handle space in a relationship. When he steps back, don’t pursue him at first.

He may also test you to see if you create drama to get his attention. Leo men enjoy some degree of drama but they don’t tolerate open displays of jealousy or sabotage.

Rather than resorting to these extremes, the best way to handle a Leo man who has started to turn cold is to reach out and ask him an important question. Questions warrant responses and Leos are inclined to want to be chivalrous and helpful.

Avoid questions about his feelings or trite conversation starters like “How was your day?” Instead, ask him an intellectual question or ask his help with a problem you’re having. Keep it low drama at first. Ask for a recommendation for a car mechanic, for example.

When you ask a Leo man a question, not only will he be more inclined to respond, but it will make him feel special and important. He will take it personally, in a good way, because you sought his specific advice or counsel. This boosts his ego and makes him want to respond.

Give Him a Quest

A Leo man not responding to texts is one of the signs a Leo man is not interested. But it can also be a sign he’s just cooling off, busy or bored. Leo men love to feel important and helpful. If he’s gone quiet, give him a quest.

Only use this tactic if you have not had a fight and if things have been good between the two of you but he’s gotten quiet. Ask him for a special favor. Really play to his ego. Make it clear that he’s the only one who can help you with this special task.

You may even butter him up further by telling him you’ve asked others for help and no one can manage to get it right, and that is why you need someone with his special knowledge and abilities. Whatever the quest is that you give him, make sure it is something he’ll see as fun, adventurous and slightly challenging but not impossible.

Most importantly, reward his efforts. Even if he does not return with the results you were expecting, make sure to show ample gratitude and praise for his efforts.

Leo men love to imagine that they are the heroes in a movie. Like any hero, he needs to respond to a damsel in distress. When you want to get him to respond to your text messages, present a problem that is somewhat distressing but not a crisis.

If you only reach out when there is a crisis, he’ll think you’re a Drama Queen and that will only backfire. Yet if you reach out in under mild stress with an explanation about how you hate to bother him at a time like this, he will take it as a special request for help.

A Leo man who likes a woman, even as a friend, won’t leave someone in distress when there is a chance he could rush in and save the day. He does this both to help his friends and loved ones and also to have a reason to feel good about himself. He loves to be the crusader for a special cause.

Longing to win the heart of a Leo man? Put him under your spell...

Don’t Pour Your Heart Out

When you see the signs a Leo man is interested in you, there are a few mistakes you should avoid at all costs. One of the biggest mistakes you can make when engaging with a Leo man through text is to pour your heart out.

If you become too emotional through text, he won’t read it as romantic. He’ll interpret it as needy. This is a huge turn off for a Leo man. He can be passionate and dramatic, but he likes to control the pace and timing of his theatric displays of emotion.

If you pour your heart out to him through text, a Leo man will feel suffocated by all the emotion. He may even feel pressured to advance the relationship, and if he is not ready to be so vulnerable and emotional this can scare him away.

When a Leo man is done with you, you may be tempted to appeal to tell him how much you love him. This will usually backfire however. Leo men are more attracted to women who are strong, independent and slightly aloof than women who are too emotionally open.

If you’re wondering how to know if a Leo man is playing you, pay attention to his interactions with you. If he only responds when you send sexual text messages, this is a sign he is not really interested in you. If he’s attracted to you, it’s better to engage his curiosity.

Get him to text you back by sending him riddles, trivia, information that is entertaining and fun. Leave breadcrumbs for him to follow in the form of useful information that is not too dry and boring. When a Leo man is curious, he’ll follow through.

When you text a Leo man, do so in a way that makes him eager to learn more. Whether he is learning about you or learning new information from you, Leo men do have an intellectual side. They just prefer to be tempted with a fun and fulfilling search for information rather than an academic one.

If you aren’t sure if a Leo man not texting you back is one of the signs a Leo man is not interested in you, or if he is just busy, keep things light and playful. Don’t put pressure on him. Treat him like a friend.

If he’s interested, he’ll start to pursue you more. Leo men love the thrill of the chase. Don’t outright reject him, but step back and don’t put so much energy into pursuing him. Make him do more of the work.

Yet if he continues to ignore you or if he only texts back once in a while, it may be best to cut your losses and move on. When a Leo man isn’t interested in you, it can be hard to get him to change his mind. If anything will get a response from him, it will be acting indifferent.

Texting him in a playful and fun way and keeping the focus on jokes, games and fun trivia can put a Leo man at ease and take away any pressure. This helps him to relax, be himself and feel more confident about pursuing you.

If he is interested in you, keeping your communication fun will encourage him to chase you. He’ll want to know more about you and will the process of getting to know you into a game.

Although reaching out to a Leo man when you need help with a problem can be a great way to get him to respond, it won’t work if you do it too much. If you ask him for help, make sure your subsequent communication is upbeat and positive.

If he perceives you as always being in the midst of some dramatic situation it won’t appeal to him. In fact, it will turn him off. Leo men don’t like to be around people who have a negative mindset or who focus on problems obsessively.

If you want a Leo man to respond to you, try to be as upbeat and optimistic as you can be. Make sure most of your communication is cheerful. This also includes your communication with the world through social media. He’ll likely check your newsfeed if he likes you.

If every post is critical, negative or complaining, a Leo man will be turned off. He may avoid you because he doesn’t want to be reminded of the heavy emotions associated with drama and negativity. Asking for help occasionally can get his attention but if he feels you are too needy or negative, he’ll steer clear.

If you’re wondering if a Leo man’s testing you, try to keep him engaged in friendly conversation but don’t put any pressure on him to define the relationship. Talk to him about your common interests.

One sure way to get a response from a Leo man is to consult with him about his fashion sense. Leo men are highly creative and artistic. They like to express themselves through their style as well.

Talk to him about the brands he likes or the style of clothing he wears. Ask him where he got the amazing shoes he was wearing the other day. When you get his attention talking about clothes, he’ll be more inclined to respond.

One of the best ways to get a Leo man to respond with you, and to get him to interact with you in general, is to be funny and entertaining. Leo men love to tell stories and entertain others. They also love women who can match their humor and charisma.

When you tell him jokes or funny stories, or when you appeal to his desire to be entertained, you will warrant a response from a Leo man. He’ll be inclined to reply when you have something funny to share.

If he is still slow to respond, chalk it up to him being busy and don’t take it personally. Keep the conversation friendly and appeal to his sense of humor. It may take some time, but he’ll pursue you because he won’t be able to resist being entertained by your funny jokes and stories.

How to Flirt with a Leo Man through TextDo Leo Men Cheat More Than Others?
Hello, I'm Liz