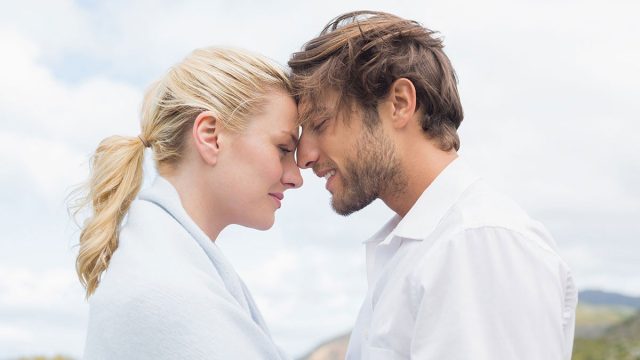 A Leo man and Scorpio woman compatibility is challenging but workable. This couple has to overcome power and authority issues.

If this couple is able to work through their many differences, they can create a passionate and intense relationship.

A Leo and Scorpio attraction is intense and may seem destined to succeed. But the early excitement of the relationship can dwindle as problems arise between these two partners.

Scorpio and Leo magnetism can be palpable, and they may seem like the perfect couple. Yet real conflicts can fester in this relationship as both Leo and Scorpio are stubborn and unyielding.

Leo and Scorpio compatibility can be intense and challenging. This couple doesn’t easily fulfill each other’s needs. They dazzle each other and excite each other’s interests. But they don’t easily sustain a relationship.

If they have a shared goal and see each other as allies, they can become great friends for life. Both are loyal, honest, and determined to help each other succeed. Both are also ambitious.

If they are able to share a common goal, they can overlook a lot of their differences for the common good. This is a difficult friendship at times because Scorpio and Leo are both headstrong. If they disagree, a minor issue can become a huge power struggle.

These two may be intrigued with each other and will try to forge a strong friendship. They are both attracted to power. Both are also interested in status and wealth. If they collaborate in business or toward a common mission, they can drive each other forward.

Yet if they are both able to overcome strong egotistical tendencies and willfulness, they can work together to help each other thrive and succeed. A Leo man can be counted on to be loyal and this is reassuring to a Scorpio woman.

Is your Leo man not communicating with you? Here's the trick to reel your Leo back in.

A Scorpio woman and Leo man attraction can push this couple past their comfort zone and into a romantic relationship. Leo and Scorpio chemistry can be overwhelming. Both carry their power and radiate sensuality.

When a Leo man and Scorpio man start dating, they will try to impress each other and treat each other to high class restaurants. Cultural institutions and trendy concerts or films will also be ideal dates for these two.

They can be generous and sophisticated. Both are pleasure seeking and they can get lost in the trappings of materialistic pursuits. Their early relationship may be marked with flashiness and attempts to use power, status, wealth and money to impress each other.

At some point, though, this veneer subsides. When this occurs, a Leo man may become suspicious of a Scorpio woman because she is deep and moody and doesn’t always speak transparently about what is on her mind. When a Scorpio woman is feeling emotional or needs reassurance, a Leo man is not always the best candidate to fulfill these needs.

He is self-focused and this can irritate a Scorpio woman after a while. He is also passionate but not particularly emotionally sensitive. He can easily hurt a Scorpio woman’s feelings without intending to.

A Scorpio woman is likely to feel neglected by a Leo man and may become suspicious of him. Both are honest, yet both can also be deeply insecure in relationships. If neither feels they are being given enough attention or admiration, they can become controlling and passive-aggressive toward each other.

A Leo man and Scorpio woman may continually break up and then get back together. Their relationship may be dramatic, intense and may seem to become a love-hate relationship. When they disagree, things can get ugly. Yet after a few days go by, they’ll start chasing each other again.

To some extent, the allure has more to do with power and perceived status than it relates to actual emotional connection to each other. They may seem like they are addicted to each other but can’t maintain harmony in the relationship.

If a Leo man and Scorpio woman are soulmates, they will try to overcome their differences and work together. They may also teach each other valuable lessons related to power and boundaries in relationships.

Scorpio and Leo attraction is intense and can be filled with drama. If this couple gets married, they will need to find ways to work with each other rather than trying to dominate each other. Both can be possessive and controlling.

Jealousy is also an ongoing problem in this relationship and this isn’t always justified jealousy. Both can project insecurities and resentments onto the other. This can be an intense and difficult marriage.

Though they may be drawn to each other for many reasons, trying to make things work out is not as easy as they would both expect. Minor disagreements become huge battles for this couple.

Both may also misunderstand benign comments and read too much into what the other says, assuming they are being personally insulted when this is not the case. This can further fuel the discontent in this relationship. Both can become intensely possessive of each other and also of their own personal power in the relationship.

Managing money is difficult for this couple. Both have different priorities though both can be materialistic. This can lead to misunderstandings. A Leo man won’t understand why a Scorpio woman criticizes his careless spending when she spends on priorities he doesn’t share.

Both may try to use money as a form of power to outdo the other and if one is more successful in career than the other, problems can ensue. They are competitive toward each other and this too can undermine the relationship.

When Leo and Scorpio fight, it may seem like the end of the relationship. But one thing that keeps this couple endlessly chasing each other is their amazing sexual chemistry. Their love of power and prestige can be channeled in their sexual connections.

Both a Leo man and Scorpio woman can be dramatically attracted to each other. They know how to please each other in bed. A Leo man is confident and sensual and loves to be pampered. A Scorpio woman understands this and is as attentive and affectionate as he needs.

He will feel excited as a Scorpio woman challenges him to get outside of his comfort zone. A Scorpio woman has a wild side that a Leo man will find irresistible. She will want to explore fantasies that would scare some men away.

But a Leo man is open to taking risks in bed and will be thrilled to explore new sexual techniques with a Scorpio woman. She may transform his views on many things when it comes to sexuality.

A healthy sex life can diffuse a lot of the tension in the relationship or marriage between this couple. This couple can also maintain a sexual relationship without feelings involved as long as they are clear about their shared expectations.

This couple can maintain a friends with benefits relationship, yet if a Scorpio woman starts to fall in love with a Leo man who doesn’t want a relationship, she may convince herself that sex will get him to open his heart.

This is not likely to happen, however. A tenacious Scorpio woman who tries to entice a Leo man into a serious relationship through a sexual connection may overlook the obvious signs he is not interested. This can cause later resentment and frustration.

If a Leo man is being clear about not wanting a relationship, a Scorpio woman needs to accept his boundaries as they are. Continuing a sexual relationship in the hopes that he will change his mind is likely to backfire.

When a Scorpio woman and Leo man engage in a sexual relationship, it will be life changing for both of them. They will challenge each other’s comfort zones. Both crave dramatic encounters and unusual sexual experiences.

Anything one of them can dream up, the other will be likely to explore. They can fulfill each other’s fantasies easily. They are both highly passionate and sexually energetic and this can keep them both sexually attracted to each other.