Leo Man in Marriage: What Kind of Husband is He? 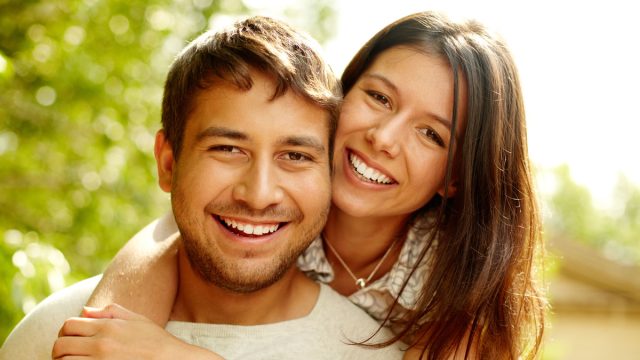 There’s no question that for a Leo man, marriage is something he both respects and hopes for at some point.

Romance, a wedding, and the whole traditional fairytale happy ever after are things a Leo man values.

The role of husband is one he respects and takes seriously but in his own way. It may take Leo men a little longer than average to settle down, though.

It takes a special kind of person to make a lifetime commitment to such a lively and demanding character. However, taking a Leo man on does bring plenty of rewards.

Leos have a long list of “must-haves” on their “wife wish list,” and they won’t apologize for that. After all, a Leo transforms into a pretty great husband.

Leo men take on the role of protector quite naturally, and this simply grows stronger as your relationship blossoms. The truth is, denying him this opportunity will only make a Leo man unhappy in his marriage.

If you remember that Leo is the king, or leader, of his fans and followers, then his wife is the queen. As the self-appointed boss, he has to keep everyone safe, and he’ll move heaven and earth to make that happen.

Leo husbands are protective in all kinds of ways. This can be seen through his hard work, as a Leo always makes sure his family wants for nothing, financially.

Then he’ll defend and protect them emotionally, too, shielding them from hurt where he can.

Leo men like nothing more than being king of their domestic castle. Showing off a sparkling clean home filled with tasteful furniture and eye-catching décor is something he loves to do.

Sociable Leos attract fun like moths to a light, and they are happy to host get-togethers at the family home.

Unfortunately, although they make fantastic, generous hosts, Leo men are rather one-sided. They don’t naturally connect hospitality with domestic chores.

This 19th-century attitude to household roles makes a Leo spouse sound rather unappealing, but there’s hope. While it’s doubtful anyone can fully domesticate this free spirit, he’ll help work out ways to live with it.

Generous Leos who love being the savior and advisor will find a way forward to avoid marital disharmony. Just remind him to book a domestic service visit for the next day to pick up his slack.

Marrying a Leo man may not have been something you expected to do, but here you are.

That’s a result of his determined nature because no Leo will quit when his eye is on the prize. So long as he knows you are interested, he’ll give chase.

His determined streak means there’s no need to worry a Leo man will leave his wife for no good reason. He’s more than happy to put plenty of effort into overcoming problems.

Leo men are driven to provide, to be role models for others, and to be the absolute best they can be. As husbands, Leo men are the perfect package of dynamism and confident leadership.

Some of a Leo man’s expectations of a marriage partner may seem unreasonable at first glance, particularly his need to take the leading role in the family.

That’s a side effect of the dominant trait that underpins this fire signs’ attitudes and behavior.

A Leo husband is caring, supportive and encouraging, but he expects to be the ultimate decision-maker for anything non-domestic.

As a classic alpha male, he thrives with a wife who is content to sit in the passenger seat, while he drives them through daily life.

Leo husbands aren’t usually bullies or coercive control freaks, but they make no secret of their traditional views. It’s not that a Leo expects his wife to be actively submissive.

There simply isn’t space for both partners to forge ahead and assume others will follow.

Marrying a Leo man creates a relationship that is kind of different but equal. However, as it’s unlikely a Leo would settle down with a very competitive partner things generally work out just fine.

If you hate Scrooges and penny-pinching people, you’ll find a Leo husband is simply perfect in that respect. While he’s not a careless waster or the type to risk his savings on a crypto-currency super deal, he is far from mean.

Cynical folk might say what a Leo man looks for in a woman is someone that can take as quickly as he can give. That would be a misguided opinion. Leo men are generous to the extreme, but it comes from their hearts.

As husbands, Leo men have no sinister motivations behind their generosity.

They do not need to buy their way into anyone’s affections or use the promise of cash as a way to influence behavior. It’s all about that generous lion heart.

As a father, Leo men are incredibly generous with their time, and dedicated to raising their children with all the correct values. He won’t hesitate to help with homework, coach the kids in sports, and share carpool duties.

It’s worth adding here that Leo husbands are generous with more than their material riches. They’re just as unselfish with their charm, optimism, high spirits, and wit. If you marry a Leo and ask for the moon, you may just get it!

When dating, a sudden intensity in romantic activity is a clear sign a Leo man is ready to commit. Now it’s all official he simply becomes a romantic husband. In fact, Leo men are probably one of the most romantic sun signs around.

That makes them excellent husband material so long as you feel the same. Falling in love is something a Leo man really rates, and he’s not afraid to admit that. All he expects is for his intense feelings to be returned.

A Leo man is not afraid to wine and dine you, to champion your quirks, and make sure you feel adored.

The truth is these things are typical, even essential, to meet his expectations of marriage. Never forget that Leo’s thrive on the passion and drama of romance.

As a true romantic, a Leo husband will happily send a bouquet of your favorite blooms to celebrate something special. Then one random day of the week, he’ll go pick a flower from the yard as a token gesture of his love.

Some people might consider Leo husbands to be pretty high maintenance, but is this really fair?

Well, it’s true that Leos aren’t the best choice if you want a quiet and retiring life, but that would be obvious way before you made things legal.

Leo men don’t pretend to be anything other than who they are. Good points and bad. Marriage is a serious commitment to a Leo man; divorce would be the last resort, but his love of the limelight and positive attention is no secret.

A Leo husband may seem quite demanding with his craving for admiration, recognition, and praise, but he’ll always be deserving of it.

He isn’t looking for an award after every diaper change, but he needs to know (i.e., be told) he’s a good father.

You could even say that a Leo’s expectations are pretty healthy as they force couples to stay properly connected.

This approach helps husband and wife to see each other as individuals, rather than always through the lens of spouse or co-parent.

Life is never dull when you are married to a Leo man. Single Leos love to meet new people, hold court for friends, and generally help create a social buzz.

This desire doesn’t disappear when he marries; socializing just takes on new forms.

Barbecues, dinner parties, birthdays, and baby showers – nothing holds Leo husbands back. After all, they are incredibly proud of their wives and their role as a couple in the community.

Naturally, every Leo man wants a baby just as soon as it’s the right time, followed by a few more perhaps; who knows? As his family grows, it’s the caring Leo husband who organizes the best playdates and kids’ parties in town!

Don’t forget that Leo is a very charming kind of guy with a romantic streak. Even if you have a school busload of children, he’ll never forget date night. He will also happily babysit so his partner can enjoy some solo social time.

Leo men make incredibly hard-working husbands who will always make sure you want for nothing. Leos are knowledgeable and able to harness their determination and motivation to go far in life, usually in a leadership role.

There’s no need to worry about having a baby with a Leo man. His dedication to working hard will always make you feel secure.

Of course, nobody can guarantee this hard-working attitude will translate into diaper changes and night feeds, but it most likely will.

Having a Leo as a father is no bad thing. His children will be raised with a great role model by a man fully invested in his role as papa lion. Parenting alongside a Leo husband is a joy.

How to Dress for a Leo ManBest Ways to Communicate with a Leo Man
Hello, I'm Liz