Is The Leo Man Jealous and Possessive When in Love? 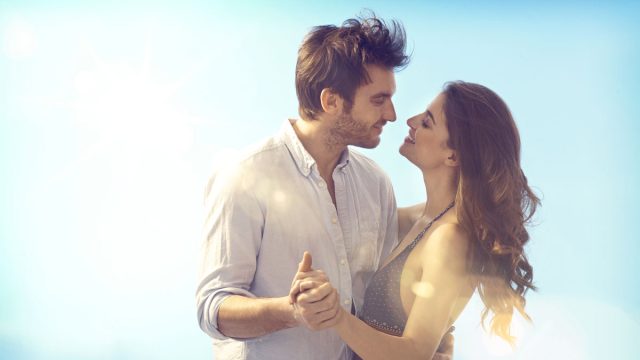 If you’re dating or have a crush on a Leo guy, you may wonder, is a Leo man jealous and possessive in love?

Is his zodiac sign envious and territorial when it comes to a romantic partner?

Some zodiac signs are more prone to jealousy than others, and they react differently when they feel possessive over a significant other.

So, how can you tell whether or not a Leo guy is getting jealous in love?

Once you have a better understanding of his star sign’s typical traits and behaviors in romance, you will know if a Leo man is jealous and possessive when he’s in love.

Being territorial tends to go along with being jealous and possessive. When a Leo man is dating a woman, he wants the world, especially other men, to know that she belongs to him.

Even if a Leo guy just has a crush on you, he won’t want to see you with another guy or hear about the other men you have been seeing.

If your Leo friend acts irritable when the cute barista asks you out right in front of him, it’s one of the signs a Leo man has a crush on you.

If he puts his arm around you or does anything else to suggest that you’re dating when you’re out in public with your Leo friend, it’s one of the signs a Leo man likes you more than a friend.

And if you’re dating him and he suddenly becomes extra affectionate in front of other guys, it means he’s marking his territory.

The typical Leo man doesn’t shy away from public displays of affection, and he uses them to show ownership of his partner – or even the woman he wishes was his partner.

When he gets touchy-feely with you in public, it’s a sign of both his affection and his way of claiming you.

This is the #1 mistake women make with a Leo man...

He Is Extremely Loyal

Although a Leo guy loves attention from anyone, especially women, you never have to worry about your Leo partner being unfaithful.

Leo is one of the most loyal signs of the entire zodiac. When he cares deeply for someone, whether it’s his friends, family, or a romantic partner, he gives them his all.

When a Leo man says I love you, it’s a promise to be faithful to you. From that point on, he will only have eyes for you.

He might flirt with other women because he’s naturally charming and loves attention. But don’t get too upset when you see him smiling at another girl or chatting with a female friend.

He might enjoy the attention of another woman, but he would never go any further than flirting if he’s already in a committed relationship.

It’s easy to think that a Leo guy gets jealous and possessive because he is likely to be unfaithful himself.

But the truth is, he is extremely loyal and will never betray you. You can trust him with your heart, no matter how jealous he gets sometimes.

Leo is a very proud and loyal sign, and this combination of characteristics tells us that he expects nothing less than perfect faithfulness from his partner.

His jealousy doesn’t stem from insecurity because he believes everyone should be just as loyal as he is.

He won’t tolerate a woman who isn’t completely devoted to him. If you’re dating a Leo man, he has to be able to trust you.

He will become insanely jealous and possessive if he doubts your faithfulness, but he will trust you until or unless you give him a reason not to.

Don’t take your Leo man’s trust for granted by cheating or hiding things from him. Once he loses faith in you, it can be hard to win him over again.

He Is Confident in His Relationship

Leo is one of the most confident signs of the zodiac. A Leo guy is not only confident in himself but also his relationship.

He never assumes his partner is being unfaithful because he is confident in the strength of his relationship. He’s not the kind of guy who plays detective and looks for reasons to get jealous.

If you’re wondering, “How does a Leo man behave when in love?” The answer is that he trusts his partner and allows her as much freedom as she wants.

He won’t try to control you by telling you what you can and can’t wear or where you should and shouldn’t go.

If he doesn’t seem jealous and possessive, don’t take it as one of the signs a Leo man is not interested in you.

When he is confident in your relationship enough that he doesn’t feel the need to be dominating and controlling, it means he loves you a lot.

If he can laugh it off when you tell him that the bartender asked for your number when you went out with friends, it doesn’t mean he’s not in love with you.

It means he loves you enough to trust you, and he’s not worried that something so insignificant could threaten the special bond you share with him.

Although he is extremely loyal, sometimes a Leo man likes to play jealousy games to test you and see how you feel about him.

For example, if you’re just friends with a Leo guy and he starts bragging about the girl who asked for his number, it could be one of the signs a Leo man is falling in love with you.

He will watch your reaction to see if you get jealous when he talks about another woman. He’s not doing it to be cruel; he just wants to see if you return his feelings.

He also likes to brag, so it’s fun for him to show off when a woman expresses her attraction to him.

If your Leo guy likes to play games, you can beat him by being an even better player. If you want to know what to do when a Leo man ignores you, try making him a little jealous.

Wear something tight and low-cut out in public to let him see how heads turn when you walk past a group of men.

Mention the cute guy at your work and see if he seems bothered by the thought of you being interested in another man.

Just don’t take your games too far by being unfaithful or doing anything else that could jeopardize your relationship.

Do something small, like very light flirting, to see how he reacts and if he gets jealous and possessive.

If your Leo guy plays jealousy games with you or gets upset when you play games with him, it means he has romantic feelings for you.

He Will Compete for You

Leo is a highly competitive zodiac sign, so one of the reasons that a Leo man likes to play jealousy games is that he loves winning any sort of competition.

He thrives on competition, and he’s the type of guy who will fight harder for you if he thinks you’re interested in someone else.

Some zodiac signs retreat or move on to someone else when the object of their affection flirts with someone else.

But a Leo man in love will stop at nothing to win his dream woman’s heart, and he will happily compete for her attention. His jealousy only motivates him to fight harder for you.

He Won’t Get Over Infidelity

Some zodiac signs can overcome infidelity and forgive their partners if they cheat, but Leo is not one of those signs.

As much as a Leo man likes a little bit of playful jealousy to spice up his relationship, he is firmly against infidelity.

It’s okay for his partner to dress ostentatiously when she goes out or to even flirt with another man for fun, but cheating is completely unacceptable.

What a Leo man looks for in a woman is faithfulness. He can’t be with someone who cheats on him, and lying to cover up infidelity only makes it worse.

If you want to know how to make a Leo man want you more, don’t think that cheating on him is a fun jealousy game to play.

He will become extremely angry, hurt, and jealous if he finds out that you were unfaithful.

A Leo guy will probably dump you immediately if you cheat on him, but since he’s so loyal, he might try to forgive you and move past it.

But he won’t be able to get over the infidelity, no matter how hard he tries. Eventually, he will break up with you, or he will drive you so crazy with his jealousy that you break up with him.

He also won’t be able to forgive himself if he ever makes a mistake and cheats on you, so you can be assured that your Leo man will feel guilty forever if he is ever uncharacteristically unfaithful.

How to Turn On a Leo Man in BedHow Does a Leo Man Like to Kiss?
Hello, I'm Liz