How Do You Win a Leo Man’s Heart? 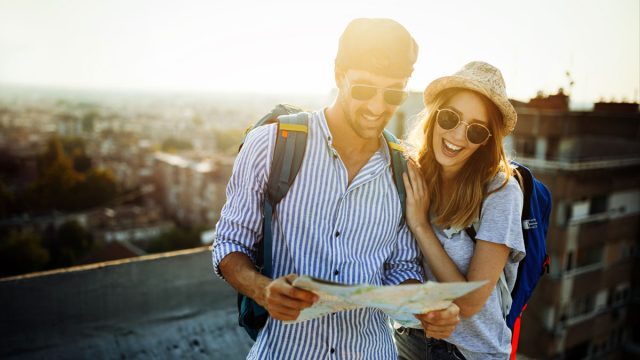 It’s easy to catch a Leo man’s eye, but winning a Leo man’s heart is nowhere near as simple.

Captivating a Leo this way takes a special person, someone with particular qualities. This person is genuinely a Leo man’s ideal type.

Learning more about what he likes in a romantic partner can help you polish your approach and win him over. Don’t be shy; you need to get ahead of the pack.

Luckily for you, Leo guys are soft inside and very open to love and romance. But, of course, they have plenty of adoring fans too, so the competition is real.

Success comes from knowing his psyche, his needs, and his weaknesses. You can’t win the heart of a Leo man without winning his mind, trust, and respect.

Who could possibly resist the love, care, and attention a devoted girlfriend delivers?

Of course, everyone wants to feel special and cared for, but a Leo man looks for so much more from a woman. After all, this is a lion king.

Kings need to be respected and in charge, but they also need a solid fan base. The typical Leo loves knowing he’s the number one guy, and your devotion is a shortcut to winning his heart.

You can show your devotion in lots of easy ways. Leo men appreciate things like compliments but do keep them genuine. Over the top gushing won’t do you much good as Leo’s dislike fakeness.

Ultimately, your attention will not go unnoticed or unappreciated. Get it right, and your Leo lover will be just as devoted back.

You just learned that Leo men crave attention and sheer devotion. Still, at the same time, independence is a quality they find equally attractive.

These may seem quite a strange pairing, but Leo men are programmed to find both stimulating.

Independence sparks his chase instinct. Perhaps anything static or close by is less challenging, therefore less attractive, to a Leo than moving targets are.

For example, women who have their own interests and opinions are exciting and worth pursuing.

The expectations Leo men have can seem frustrating and contradictory at times.

He expects a serious girlfriend to be comfortable in all kinds of social situations without hiding behind him. On the other hand, being too independent means he’ll lose interest.

To win a Leo man’s heart, simply be your own person, with your own interests and friends. Forget being clingy and needy, but appreciate he needs attention on his terms.

It’s no secret that Leo men are magnets for women. Their outgoing, dominant persona means he’ll never be short of his “pack.” These fans will hang on his every word while basking in the attention he attracts.

While Leo men respond well to hero-worship, those relationships will always be superficial.

They will satisfy his need for attention through casual hookups rather than anything more. The way a Leo man behaves when in love is quite different.

What appeals to a Leo man is a woman who showers him with meaningful compliments. You may even seduce a Leo man through text.

After all, he loves being praised for his humor, good looks, earning power, and pretty much everything else.

If you can convince a Leo that you have a very genuine interest in the real him, he’ll love you for it, perhaps because you have provided the opportunity for him to take off the hero mask and reveal his hidden self.

This magic will make your Leo man want a relationship with you.

Leo men are generous by nature, and sadly that means sometimes people take advantage of them. They may let things go unchallenged, but no proud Leo would ever fall into a relationship with a user or gold-digger.

If someone pushes that hard they’ll be out in the cold. When a Leo man is done with you, he’ll cut you off dead. However, be generous to him, and he’ll open those doors to his heart.

Generosity comes in many forms, so you don’t need to start throwing lots of cash around. Most of the time, just genuinely offering to get the check or insisting on paying for coffees is enough.

Your Leo man may resist your efforts, but they’ll appreciate it. Don’t forget; there are other ways to be generous beyond spending your money.

If you are naturally liberal with your time, compliments, and advice, you’ll be a winner with any Leo male.

Cat owners know only too well that stroking and cuddling their pets is very much on the animal’s terms. But, like their smaller cousins, lion Leos respond better to subtle signs of affection rather than anything overpowering.

Showing affection is essential if you want to win his heart and have a Leo man say, I love you.

This can be done through touch, brushing a stray hair from his shoulders, or touching his arm while chatting. If you’re dating, he’ll enjoy holding hands and showing you off to the world.

Affection is essential to a Leo man because it isn’t easy for him to reveal any vulnerability. The Leo man feels secure when he feels loved, so affection is a great way to win him over.

Leo men are charismatic characters; natural leaders with dominant personalities. They are confident, positive, funny, and inspiring, and it isn’t easy to measure up to a human dynamo like this.

If you are hoping to win a Leo man’s heart, you can catapult right into it by being super-confident yourself.

The best way to understand a Leo man is to mirror his behaviors and approach to life. Ultimately he’s looking for a slightly less accomplished version of himself!

Be charming, witty, open to challenges, and sure of yourself – just not quite as much as he is. Your genuine self-confidence should be enough to have you feel secure enough to let him take center stage.

Being a natural leader isn’t always easy. You could say it’s like working a full-time job 24-7, which can lead to burnout. Still, behind every high achiever is a support system, and Leo men are no exception to that.

Despite all his admirers and followers, the Leo man is looking for a dedicated cheerleader.

Knowing he has someone around who is always on his side, ready to stand in his corner, and encourage him to be the best he can be is essential.

Let’s be realistic here. Supporting a Leo man may melt any barriers to his heart, but it also relies on you making some sacrifices. His ambitions will always get priority, his voice heard more, and his goals met first.

Everything should work out perfectly if that is something you can live with and you are not particularly competitive.

Every alpha male attracts the best female in his group, and together they make the ultimate power couple. They are the brightest, the wisest, and the easiest on the eye, but you’d not expect anything less.

No self-respecting Leo man would give his heart to a woman not worthy of it. His sights are set on the woman who is always stylish, looks fantastic, and dresses appropriately. Leo men are pretty old school when it comes to clothes.

Remember, pairing up with a Leo means always looking perfect, like royal family members or movie stars at an awards ceremony.

Of course, you won’t win his heart just because you are ahead of the trends, but being ultra-desirable is another matter.

Looking good covers your entire appearance. Splurge on sexy shoes, cosmetics, hair styling, stunning jewelry, and any other accessories that will make his jaw drop, and that lion’s heart beat faster. This guy’s dream woman makes every head turn.

Most Leos are incredibly friendly and outgoing. Every event feels like a party as they create a stage to show off on. This social persona and fun attitude are part of their attraction, but these characteristics can muddy the waters.

Sometimes a Leo man’s mixed signals can be misleading. For example, one day, you might think he’s interested in getting romantic, but then the next, he treats you like a friend.

If you find a Leo man confusing, that isn’t what he planned. He doesn’t play games.

Mr. Leo is a social animal, and he would never fall for someone who isn’t socially confident. However, he finds a woman who can work the crowd, engineer smooth introductions, and be comfortable with his friends and pack members very appealing.

That doesn’t mean only loud and extrovert characters can win a Leo man’s heart. Being confident in a less obvious way can be just as effective.

Using social occasions to create bonds with his closest friends is always a positive move; just don’t try to make him jealous.

Leo men love nothing more than a challenge, so if you like him, keep a little something back. Be careful, though; this can be a tricky road to walk because playing hard to get risks him giving you a pass.

To win a Leo man’s heart, just drip feed your attention in the early days. Then, hold a little back for him to figure out, and he’ll be hooked; the plan is to make a Leo man miss you when you’re not around.

Avoid hysterics or creating “rescue” scenarios that tag you as over-emotional. That’s a sure-fire way to turn him off.

Remember, there are plenty of ladies around who can catch a Leo’s eye for a while, but for anything long term that isn’t enough.

No Leo man will open his heart unless he sees a future. That means someone sensible and reliable, but not an energy drain; committed but not clingy, confident without being needy.