What Happens After a Leo Man Breaks Up with You 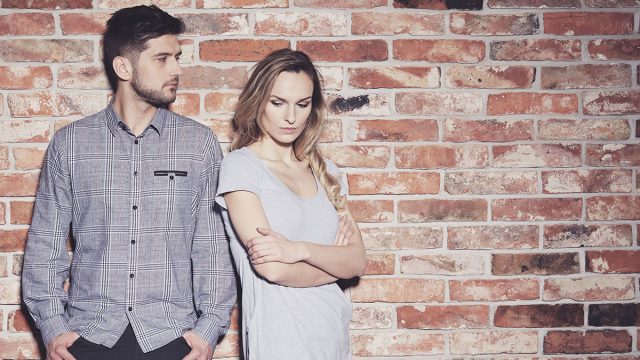 A Leo man, after a breakup, will show a wide variety of reactions. It all depends on what will help him save face and remain confident.

He may act like the break up is no big deal, but don’t assume this is true.

If you’re wondering how to make a Leo man regret losing you, you’ve got to stand out from the crowd and show him you are one of a kind. Don’t chase him. Make him come to you.

Will a Leo man come back after a breakup? This can depend on the situation. The only way to get him back is to let him think it’s his idea.

If you’re trying too hard to get him back, he will feel pressured. If this happens, you’ll run the risk of losing him. Your Leo man needs to see you as strong, powerful and popular.

If you’re seeing signs a Leo man has lost interest, you may be headed for a breakup. Yet if a Leo man feels the spark is gone from the connection, he may try to fix things, but he won’t try too hard.

When the relationship breaks down, he will usually spend some time licking his wounds. A Leo man will pout after a breakup even if he was the one who initiated it. He’s proud and when things don’t go his way, he sees himself as the victim.

When a Leo man goes through a breakup, he takes it personally. Even if he tries hard to convey an image of strength or to act indifferent, rest assured, a Leo man is sulking and mopey even if he hides this from the world.

If he openly shows this pouty, self-pitying reaction, a Leo man may be trying to lure you back. He may be trying to get you to feel sorry for him so that you’ll do things differently. This is especially true if he thinks the relationship ended because of a failing on your part.

This one weird trick is the only way to attract a Leo man.

He doesn’t always sulk quietly. Sometimes, a Leo man will make a scene after a breakup. He may create drama and yell or make accusations. If he’s going to storm around and make a scene, it is usually because he sees the breakup as a loss of status.

Either he feels betrayed or is convinced you were cheating, or he sees the loss of the relationship as a personal insult. When a Leo man is done with you, he may still feel angry. A dramatic outburst can be his way of “saving face” and making it seem he’s the victim.

This is especially true if he feels insecure about being single, losing a marriage or losing the status or security associated with being in a relationship. It can be a way for him to feel he has the upper hand.

If you’re wondering how to make a Leo man miss you after a breakup, you do have to give him some space at first. He won’t come around if you don’t give him a chance to see what life is like without you.

Brace yourself for the reality that a Leo man will most likely start dating again. He won’t waste time in finding someone new. But this doesn’t mean he didn’t love you. It doesn’t mean he’s in love with his new date.

For a Leo man, it’s all about ego, pride and appearances. He’s dating again to give his ego a boost and so he can show off that he’s popular and admired by women. All of this feeds his self-esteem but is not the same as having actual romantic feelings.

When a Leo man goes through a breakup, he’ll play the field as a test. If he can attract new love interests, it reassures him that he’s still admirable. Don’t despair just because he’s dating. Usually the rebound will be short lived.

It can also be an opportunity for a Leo man to realize how much he misses you. It can help him to see how special and unique you are when he dates around and no one else comes close.

You May Be Friends

Why does a Leo man keep coming back? He may still care about you but not know how to deal with obstacles in a relationship. If he offers to still be friends, it is a good idea to take him up on this offer.

Often, this is a Leo man’s way of putting the relationship on pause but not losing connection with you altogether. He may want to remain friends if he is ambivalent and still has feelings for you.

If you’re wondering how to know when a Leo man is playing you, adhere to your boundaries if you are just friends. In other words, don’t fall into being “friends with benefits” with a Leo man if you actually want something more.

If he asks to maintain a friendship, be sure to adhere to your boundaries as you would with any other friend. If the relationship is going to advance into something more than a friendship, let this evolve over time.

When a Leo man wants you back, he won’t put his pride on the line in order to seek your forgiveness. He may be distant at first and will try to distract himself while he comes up with a strategy to try to court you again.

A Leo man may go shopping. He may indulge in a big ticket purchase like a new car, a boat or a midlife-crisis-worthy shopping spree, regardless of his age. He’ll go shopping and change his wardrobe.

This is one of the ways a Leo man will make himself feel better if his heart is broken. He’ll try to change his image and pamper himself rather than facing his pain and vulnerability.

If you’re wondering how to make a Leo man want you back, the most important thing you can do is play to his ego. The first thing he’ll try to do after a breakup is repair the damage to his pride and ego.

He may resort to boasting or act more confident than he’s actually feeling. He may brag about his accomplishments and overinflate his successes. This boasting and bragging conceals how hurt he truly is.

Yet it is a form of coping for a Leo man. He will use this boasting to cover his true feelings and hide from the disappointment or sadness he’s experiencing. It’s also an indicator he is not feeling confident.

He May Come Back

Will a Leo man miss you after a breakup? The answer depends on the situation. He may miss you and if he does, this will encourage him to come back. Yet there are certain things he won’t forgive.

If the breakup involved drama that made him look bad, he may not return. He may close the door permanently if you were unfaithful or if you shared his secrets with others, if you embarrassed him or betrayed him for example.

A Leo man will act wounded after a breakup and he’ll only show this if he wants you back. If he’s done with you, he won’t want you to know how hurt he really is.

His willingness to show vulnerability is in part an attempt to lure you back and in part a sincere portrayal of how he is really feeling. A Leo man who shows his pain may be appealing to your empathy.

He may also show the world how much he is suffering and if he does, you can count on him to do so in a dramatic way. He’ll act like the protagonist in a dramatic play, flaunting his heartbreak for all to see.

Just as a theatrical performance can convey comedy or tragedy, a Leo man can project suffering or confidence after a breakup. He may act more confident than usual.

If this is the case, he’s trying to save face or impress you or a new love interest. If a Leo man acts like his life has never been better, you can rest assured he’s hiding something.

A Leo man who is trying to act unfazed by a breakup will project an image of success and strength because it helps him to hide his vulnerability. You can assume he’s hurting even if he doesn’t show it.

Though a Leo man will occasionally show vulnerability after a breakup, these situations are few and usually strategic. If he shows vulnerability, he’s trying to get a reaction from you or sympathy from others.

Most of the time, however, a Leo man will hide his pain and try to shrug off the emotional impact of a breakup. He tries to act more cheerful and confident than he actually is.

He may throw himself into work or into dating someone new. He may try too hard to conceal his feelings and stifle his pain. Only those who know him best will recognize that this is all an act or façade. To the rest of the world, it will look like he’s doing just fine.

Do Leo Men Like to Cuddle?How to Talk to a Leo Man About Feelings
Hello, I'm Liz