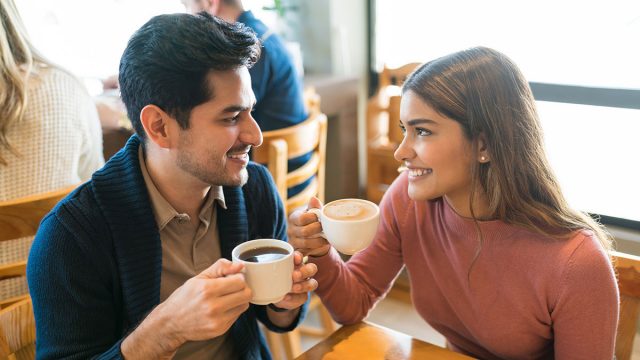 Leo-Leo compatibility is high in many areas, but this couple will have some issues. It is sometimes hard for two Leos not to compete with each other!

Two Leos must learn to support one another and share the spotlight, or they’ll always fight for it.

Two people who share the same sign may have an easy time understanding one another, but that doesn’t mean they’ll always have a picture-perfect relationship.

Two Leos can connect emotionally and are likely to have similar values, as well as sharing interests. Depending on the Leos, they will instantly connect and form a solid bond or immediately despise one another.

Leo can become incredibly competitive with another Leo. It’s easy for them to let their ego get the best of them, resulting in many conflicts between these two.

A Leo-Leo friendship can be fantastic for both Leos, but these two will not always become friends. They are just as likely to become enemies.

You never really know how two Leos will connect. Some Leos meet and are instantly drawn together by mutual interests and an appreciation for each other’s charms. Others will be immediately pulled into conflict and competition.

Two Leos can engage in the same hobby together, but only if it is a casual hobby. Two Leos can bond over a shared love of a band, television show, or a casual love of art or theater.

If two Leos are passionate about the same hobby, that is likely to cause problems. When two Leos consider themselves talented artists or skilled athletes, they will compete instead of connecting.

A bit of friendly competition can be healthy, but competition will not always be friendly between these two! When Leo dedicates themselves to something, they want to be the best, and there is no room for both Leos to be the best at a shared interest.

When these two can keep things friendly, they can have an excellent friendship. Leo can sometimes be self-absorbed, but that won’t necessarily be an issue.

Leo can be an incredibly loyal friend, though not everyone will recognize that. They might be focused on themselves but will always be there when a friend needs them. Leo may put themselves first, but they aren’t entirely inconsiderate.

Two Leos will likely stay friends once they overcome conflicts or competitive feelings toward one another. These two can have a lot of fun together and develop a solid bond.

Nobody understands Leo quite like another Leo. When these two aren’t competing with one another, they can be the perfect friend for each other. They’ll have no problem trusting each other and emotionally connecting in ways they can’t with others.

A Leo-Leo relationship has potential, but they won’t always realize that potential. These two could have an excellent relationship if they meet at the right time and are willing to work through any issues.

This relationship definitely won’t be perfect. Early on, two Leos may have trouble developing trust. Even if they remain together, they may eventually find that they have different values or want different things in the relationship.

Two Leos might be similar, but they aren’t exactly the same. As a fixed sign, Leo can also be stubborn, which may make compromise different. If two Leos want different things, they won’t always be able to find a middle ground that satisfies them both.

A Leo woman’s compatibility with a Leo man will be low if he is too overbearing. Leo women have no desire to be controlled and can be incredibly dominant too.

A Leo man’s compatibility with a Leo woman will be higher if these two aren’t too possessive. Leo isn’t a sign that wants to be possessed. They want to be free.

A Leo-Leo couple will be more successful if both partners have past relationship experience and have learned from their mistakes. They will likely last longer if they meet later in life or after they’ve matured.

Leo can be a loyal, generous, and warm-hearted partner. They genuinely care about their loved ones and will openly show their love. Two Leos can have an incredibly open and affectionate relationship.

It might take some time to reach that point in their relationship. If either Leo is too egotistical or childish, the relationship may end before it gets to the good part.

When two Leos are together, they must share the spotlight. They should do this because they want to see their partner shine and not because they feel obligated to.

When Leo genuinely loves someone, they won’t mind stepping back now and then. Two Leos can learn how to stand in the spotlight together and take turns being the center of attention. They just each need to want that.

Are Leo and Leo soulmates? They could be! If two Leos work through their issues, they can find true love and intimacy together.

Leo-Leo marriage compatibility will be higher when these two take the time to build a strong bond before getting married. These two can’t be too impulsive!

Leo is a loyal and loving partner. They can be a wonderful spouse, especially once they’ve learned to focus on someone else instead of always focusing on themselves.

Leo can also have commitment issues, though. Two Leos may wait to get married simply because both aren’t ready yet, even if they have worked through any problems in their relationship.

A Leo man and a Leo woman’s compatibility will be higher when they can both be independent while still making time for one another.

Leo is romantic and incredibly affectionate, but they won’t want to be with their partner 24/7. They have hobbies they want to focus on and friends they want to spend time with.

Both Leo partners must trust one another. There will be times when they are apart and may not stay in constant contact. They have to trust that they will be together again soon.

Leo is a romantic sign. Both spouses will likely shower one another with gifts and romantic gestures. They will enjoy dining at fine restaurants together, being physically affectionate, and swapping meaningful presents.

This marriage won’t be perfect, but it can be strong. When both Leo partners genuinely want to be together, they will figure out how to be.

As long as these two prioritize their relationship, they’ll be fine. Two Leos can have a loving marriage that remains passionate over the years. They will never stop trying to romance and please one another.

Overall, this can be a wonderful marriage. Most Leo couples will only marry after figuring out how to compromise and work through any issues, so things will be smooth sailing from there.

Leo’s compatibility with another Leo in the bedroom can be hit or miss. These two are sometimes too similar to have a good time together in bed!

Leo’s sexuality is passionate and intense. Two Leos could have a great sex life because they are both confident and adventurous. These two will never be bored together!

The problem with two Leos is that Leo is a dominant person with a big personality. These two may end up struggling in the bedroom because both want to be in charge.

This also likely won’t be an emotionally intimate sexual relationship. Sometimes, two Leos just come together in a purely physical way. That might be fun for a while, but it won’t last long-term.

If two Leos have similar preferences in the bedroom, it might be easy for them to get together. It will be even better if they can compromise and take turns controlling things!

If they have differing preferences, though, that may cause some conflict. Leo might be adventurous sometimes, but they can also be incredibly stubborn. If they don’t want to try something new, they won’t.

Leo won’t mix things up in the bedroom just because their partner wants to. They have to initiate things. Even if they go along with a suggestion from their partner, they’ll make it seem like it was their idea.

Two Leos might enjoy being together just because of the passionate nature of their sex life. A casual sexual relationship might be fun, and it may be interesting for them to engage in some power play for a bit.

If these two want to stay together, they need to have more than a physical bond. That will fizzle out eventually, and they will go their separate ways.

Two Leos need to have genuine love and respect for each other if they want a long-term relationship that is satisfying for both of them. Without any closeness, even the most passionate physical relationship will become dull.