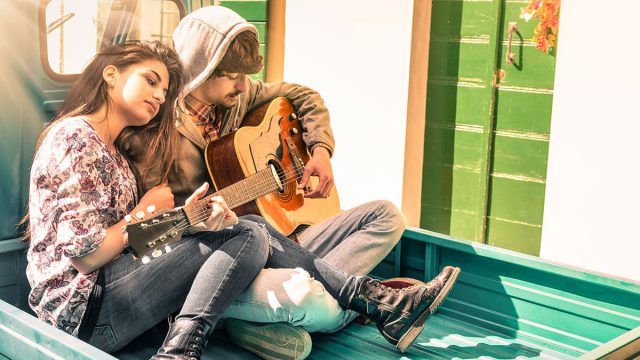 If you want to keep a Pisces man happy, you have to understand his unique personality. Pisces men can be easy to please.

He doesn’t require expensive gifts. Instead, the effort you put into making him happy should target his inner feelings.

If you get a Pisces man silent treatment, you may need to reconsider how you’re treating your Pisces love. This is an early sign he’s unhappy.

The good news is, most often, Pisces men want to stick with the person they love, even if they are becoming disillusioned. With a few easy steps, you can make sure he stays happy.

A Pisces man’s mood can easily be turned around if you know how to appeal to his desire for emotional security and validation. A Pisces man will be happy when you empathize with him.

1. Listen to His Feelings

How does a Pisces man test you? He will watch silently at first to see if you really hear him or if you’re just quick to try to cheer him up. Even though you may think cheering him up is the right thing to do, he may find it invalidating.

Always listen to what a Pisces man is feeling and why. This is an important step that people often overlook. A Pisces man will be much happier if you hear him out when he’s unhappy, rather than telling him to look on the bright side.

If you can hold space for a Pisces man’s feelings, you’ll reassure him that you really understand his needs. A Pisces man will turn around soon enough if you let him vent about his feelings first. Let him explain his many highs and lows.

A Pisces man needs to know that you’ll be patient and empathetic enough to listen to him even when he’s not at his best. He doesn’t have to work hard to test you in this way, his moods naturally change frequently.

Sleeping with a Pisces man too soon is not always a problem. The most important thing you can do is to validate his emotions and his experiences. Sometimes this can be a challenge. Pisces men are highly sensitive.

Pisces men are easily assuaged if you show that you can validate their experiences as well. Pisces men are one of the most intuitive and mystical signs of the zodiac.

When he tells you about how he senses auras and sees ghosts, or even his psychic dreams, don’t dismiss him as flakey. Instead, treat this as an important aspect of his personality. This is par tof his nature.

Instead of doubting or second guessing him, accept this unique aspect of his personality. His psychic skills and connection to the supernatural are among his greatest strengths. Always take him at his word. Even if you don’t fully believe in his experiences, trust that he believes in them.

What does a Pisces man find attractive? He loves it when a woman shows unconditional love and encouragement. Pisces men know they are flawed, but they sometimes wear their wounds as if it was a badge of honor.

A Pisces man is highly sensitive to how other people react to him. He won’t tolerate a woman who tries to change him. He may drink too much and be chronically late to work, he may splurge on impulse purchases instead of saving his money, but accept this as part of his style.

If a Pisces man feels like you’re trying to change him, he’ll start to back away. When a Pisces man has a crush, he’ll overlook all of your flaws and accentuate all the wonderful things he sees in you. He expects you to do the same.

If you’re wondering how to keep a Pisces man on his toes, the best thing you can do is to consistently show him that you accept who he is and love his quirks and even his flaws. The more you are accepting and open minded the better.

If you’re wondering what to do when a Pisces man pulls away, the key is to examine what may have gone wrong. One of the big mistakes you may have made is to be critical and judgmental of a Pisces man.

Show your Pisces man that you appreciate his quirkiness. Show him that you find his odd personality endearing and that you wouldn’t change it for the world. Laugh with him but make it clear you’re not laughing at him.

Tell your Pisces man that you love his unique personality traits and repeat this praise regularly. Tell him you love it when he sings showtunes while making dinner or you appreciate how he comes up with stories to pass the time when you’re driving together.

The more you help your Pisces man feel appreciated and loved even for his most eccentric traits, the more he will remain satisfied in the relationship. He’s sensitive to criticism and equally responsive to praise.

5. Be as Empathetic as He Is

What happens when you ignore a Pisces man is that he will assume you are no longer interested in him. He may feel hurt or rejected. He may misread your intentions altogether and assume the worst.

A Pisces man is highly sensitive. He’s a natural empath and if you really want to keep him feeling happy and fulfilled in a relationship, you’ve got to appeal to his sensitivity and empathetic nature.

A Pisces man who doesn’t feel like you are understanding and compassionate will lose interest. He won’t feel understood or appreciated if he doesn’t see that you have as much empathy as he has.

A tiny trick to snatch your Pisces man's heart?... even if he's cold and distant...

Instead, be open to his patterns. He moves at his own pace. He doesn’t argue back with others but he will become passive-aggressive if he thinks you are trying to dominate him or put pressure on him.

Instead, let your Pisces man go at his own pace even if it seems he is moving too slow. Pisces men have to go with the flow, it’s part of their nature as the sign of the fish. He’s happiest when he can follow his intuition.

If you want to know how to make a Pisces man chase you, you’ve got to know how to keep from dominating him while still taking charge to pick up the slack he leaves behind. Pisces men can be lackadaisical.

A Pisces man doesn’t like to do the heavy lifting in relationships. He will be more attracted to the light, fun and romantic aspects of a relationship and will shy away from practical responsibilities. Balance his energy by taking charge of the mundane details.

You may have to take charge of the finances and keep the budget up to date because a Pisces man will never take an interest in this aspect of the household. You may have to keep an eye on practical details like stocking the pantry and paying the bills as well.

Let your Pisces man focus on the work he excels in, which include nurturing, creating comfort and tending to your feelings and the emotions of the family at large. He may beautify the home but he isn’t interested in doing home repairs or tracking the finances.

When a Pisces man is done with you, he will not succumb to any of the strategies you try to use to make him comfortable. When he’s done, he’ll just disappear. He won’t face a conflict or confrontation.

But as long as he still cares, you can keep him happy in a relationship by being mindful not to offend or upset him. Whatever you do, don’t make a Pisces man jealous.

He’s sensitive and vulnerable and will not tolerate any sign of competition in the relationship. If you want to spice things up and make him interested in chasing you, making him jealous is not the way.

Pisces men require a lot of nurturing and reassurance. They need to know you are emotionally attached and compassionate. If you become too busy engrossing yourself in work or daily tasks, he may even feel abandoned.

A Pisces man will not tolerate a relationship that doesn’t feel emotionally nurturing or deeply connected. He needs to feel like you share a deep and spiritual as well as emotional bond. If you don’t nurture him on a regular basis, he’ll feel alienated.

No matter how much time goes by, you need to keep the romance alive in your relationship with a Pisces man. He is a born romantic and always wants to feel like he’s the star of a romance movie.

Take romantic weekend trips away. Plan romantic dates at home. Play romantic music during dinner. Take him out dancing. Watch romantic movies. Text him with romantic quotes. These things will help nurture the romance in a relationship with a Pisces man.