10 Ways to Impress a Scorpio Man 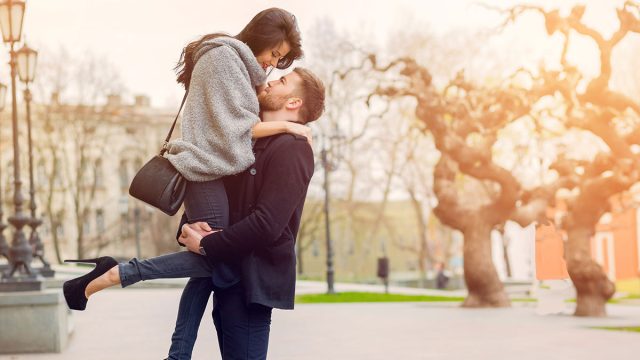 If you want to impress a Scorpio man, you need to appeal to his deeper desires.

Scorpio men have high standards and can be tough to impress. You have to show him you’re a cut above the rest.

What kind of woman attracts a Scorpio man? A woman who knows what she wants and is confident in herself. The best way to impress him is to show your power.

Make success seem easy and don’t be afraid to flaunt your best traits. When you take the time to look your best, you can attract his attention.

When you know how to tell if a Scorpio man is interested in you, you can put your effort into impressing him. Attraction is only the first step.

What attracts a Scorpio man physically? The key is to remain calm and confident. When you want to impress a Scorpio man, you have to avoid drama.

He has an intense personality and may attract drama without even trying, but he doesn’t want his partner to be a source of conflict. Show him that you are mature, grounded and take the higher road.

He’s also physically attracted to confident women. Show him that you believe in yourself and aren’t needy. Scorpio men are turned off by insecure and clingy women.

If you know how to seduce a Scorpio man through text, the best thing you can do is remain calm and not send lengthy responses when he texts you. Act busy and minimally interested.

If you want to know how to get a Scorpio man to chase you, you’ve got to work to outwit him. He is strategic and manipulative and you need to work hard to beat him at his own game.

If you want to impress a Scorpio man, show him that you can outsmart him but don’t make it too obvious. Make it so he gets the message that you have outmaneuvered him, but also let him save face.

He can be proud and sensitive, so even when you win the race you want to be careful to make it look like he didn’t lose. Impress him by building him up even as you outwit him.

When you outmaneuver a Scorpio man don’t make it appear that you are now in control of the situation. Impress him by not making him feel dethroned even as you establish your credibility and authority.

A Scorpio man’s ideal woman is sexy, smart, successful and ambitious. When you wake up early in the morning to start your daily hustle, and when you put in extra hours to get ahead at work, you can impress him.

When you succeed, your Scorpio man will feel like he’s also succeeding. He celebrates your wins as if they were his own. The more ambitious you are, the more he will feel like he is accomplishing.

Scorpio men love to be around people who are hard working. Show him you’re going places and successful in your career. This will make him fall in love.

If you’re wondering what to wear to attract a Scorpio man, remember that he loves a combination of grit and grace. He loves to see how strong you are but wants to know that you have a soft side.

Be graceful, sensitive and feminine. You can impress a Scorpio man by showing your compassion and sensitivity to others. He loves to see that you have a sentimental side as well.

When you are with your Scorpio man, dress to impress by playing up your feminine nature. Wear flowing fabrics and accentuate your sensuality.

He will love to see your moves on the dancefloor as well. He wants to enjoy a classy date and may be impressed by your smooth dance moves.

When you see the signs that a Scorpio man has feelings for you, you may feel like you’ve hit the jackpot. But it’s not enough to get him to open up. You have to continue to engage his interest.

To impress a Scorpio man, you need to be full of mysteries and surprises. One of the best ways to do this is to explore new things in bed. Show him your sexual appeal.

Scorpio men are completely drawn to the power and magnetic attraction of sexual relationships. He needs to feel sexually attracted in order to feel romantically attracted. He will be impressed when he sees how open you are to adventurous sexual exploration.

When you dress to seduce your Scorpio man or send him sexy text messages, you’ll impress him. He will be encouraged to pursue you because he’s fantasizing about his time with you.

Among the Scorpio likes and dislikes in a woman, a Scorpio man is drawn to women who are intelligent. He needs to feel like you’re his intellectual equal.

You can impress a Scorpio man by showing him you’re smart and witty. Don’t overtly show off your intelligence, he’ll think you’re boasting and this will turn him off.

Instead, let your conversation demonstrate your intellectual skills. Don’t waste his time with small talk. He finds it trite and boring. Dive right into deeper topics.

Show your Scorpio man that you are insightful, intuitive, well read and knowledgeable when it comes to many subjects. He will need to feel like he can learn from you without being eclipsed by you.

How does a Scorpio man pursue a woman? He both overtly and covertly keeps tabs on the woman he’s interested in. He’ll research online to find out what is on your social media feed. He’ll ask friends about you.

He’ll search high and low to discover everything he can about you. One thing you need to downplay if you want to impress a Scorpio man is your insecurities. If you are unsure of yourself, try to act braver than you feel.

Don’t let him see you sweat. He has a jealous side, but he doesn’t want to see you become jealous of him. Show him that you are trusting and don’t make him prove himself, at least not overtly.

In every situation except for situations involving your Scorpio love interest, be sure to win at all costs. Succeed in career, win when it comes to finances and popularity among friends.

The only area you don’t want to insist on winning is when it comes to conflicts or challenges with your Scorpio man. You want him to be your ally, not to be your challenger.

When it comes to impressing him, let him see that you play to win when it comes to others. He won’t tolerate being shown up, though so don’t try to compete with him.

When he sees that you value winning, he’ll want to be your partner. He’ll be impressed by your feisty spirit and focus. These are traits he values within himself as well.

Don’t reveal all of your most personal information too soon with a Scorpio man. A woman who is an open book won’t impress him. A woman who remains a mystery will.

He needs to know he has something to work for in the relationship. Make him chase by not being too open. Show him that you have secrets he doesn’t know yet.

This will keep him coming back for more. A Scorpio man needs to feel like he’s unraveling a puzzle or solving a mystery. When you show your Scorpio man that you are deep and complex, he will be impressed.

Show your Scorpio man your success in measurable form. That is, show him you have high class tastes and the wealth to sustain your expensive tastes. This appeals to a Scorpio man because he’s attracted to money and power.

He will be impressed if you flaunt your wealth. Dress to look your best, show off your best jewelry or designer bags or shoes. Treat yourself to your favorite luxuries. When your Scorpio man sees that you have an opulent lifestyle, he’ll want to pursue you.

When you drive a nice car or keep your car, home, clothes and other possessions in great shape, your Scorpio man will be drawn to you. He’ll want to spend more time with you because he’ll associate your wealth with success and power.

He can’t resist these things because his is the sign of power. Show him you are in control financially and you can impress your Scorpio man. You can fake it by finding great deals on high quality clothes or jewelry to give the impression that you are wealthy.