Should You Ignore Taurus Man to Make Him Chase You? 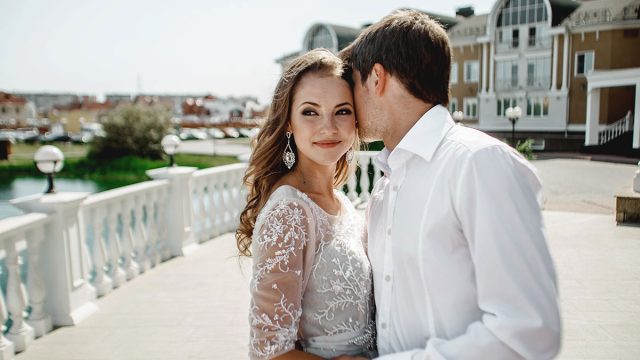 If you ignore a Taurus man, will it make him pursue you harder or will he give up and move on?

Does playing hard to get work with a Taurus guy?

Some zodiac signs love the thrill of the chase, and mind games like ignoring them or acting hot and cold drive them insane with passion.

But does ignoring a Taurus guy motivate him to work harder for your love, or will it just push him away?

By learning more about his sign’s typical personality traits and behaviors in love, you will get a better understanding of whether or not you should ignore a Taurus man to make him chase you.

When you start ignoring your Taurus man’s calls and texts, he will wonder who you are talking to instead of him.

If he starts going through your social media to see who you’ve been spending time with while you’re ignoring him, it’s one of the signs a Taurus man is in love with you.

If he finds that you haven’t been too busy to talk to other people, especially other men, then your Taurus guy will go wild with jealousy.

His jealousy might motivate him to chase you at first, but if you keep ignoring him for too long without showing any signs that you reciprocate his interest, he won’t want to compete for you.

Taurus men aren’t afraid of hard work but they don’t view love as a competition. They will make an effort to get your attention but they won’t make a fool of themselves if you are playing the field.

Every sign rules a house of the zodiac, and a sign’s house tells us a great deal about that sign’s characteristics.

Taurus rules the second house, which is the house of daily routines, habits, and priorities. This reveals that Taureans are consistent and predictable.

Taurus men love structure and rituals, so it will throw him off if you start ignoring him out of the blue. If he’s used to regular contact with you, ignoring him is a disruption to his routine.

Taureans are innately controlling, so when you stop paying attention to a Taurus guy, it makes him want to force you to notice him.

Not only will your Taurus man get jealous if you stop talking to him but he will also become possessive.

He can understand if you’re busy with work, family, or other responsibilities, but he will get resentful if you are ignoring him in favor of socializing with other people.

A Taurus man expects nothing less than implicit loyalty and dependability from his partner, so when you ignore him, you fall short of that expectation.

When you ignore a possessive Taurus guy, you only make him question your devotion to him and make him wonder if he should find a partner who can give herself to him completely.

When you ignore your Taurus guy, it doesn’t intrigue him or make him want you more. It just makes him angry and insecure.

He will reach out and ask you if something’s wrong or if he did anything to offend you. He won’t understand that you’re trying to make him chase you.

When a Taurus man misses you and you refuse to talk to him, it hurts him deeply. A hurt Taurus guy is likely to retreat or to lash out instead of pursuing you harder.

A Taurus guy knows that a good relationship should bring more joy than pain. If you consistently make him suffer by ignoring him, he will recognize that he’s not in the type of relationship he wants.

If you’re unsure of how to make a Taurus man chase you, don’t think that ignoring him will work. Instead of making him chase you, you might chase him into the arms of another woman.

Some signs are more likely than others to be unfaithful, but Taurus is not one of them. Taurus men are typically very loyal to their partners, and this zodiac sign is not particularly prone to cheating.

But if he feels like you are neglecting him or ignoring him intentionally, your Taurus guy might be tempted to stray.

He knows he deserves attention and affection, and if he can’t get it from you, he will find them elsewhere.

If you ignore him for too long, instead of pushing him to chase you, you might just push him towards someone else.

If you’ve ignored him for a while and then finally reach out, don’t be surprised if your Taurus man is not responding to your calls or texts.

When a Taurus man goes quiet after you’ve been playing hard to get, it means he is giving you a taste of your own medicine.

If you don’t know what to do when a Taurus man ignores you back, you need to be the first one to break the silence.

Taureans are notoriously stubborn, so if your Taurus guy has decided to give you the silent treatment, he can keep it up longer than anyone.

Although he is non-confrontational, no one can stand their ground like a Taurus guy. He will never back down when he’s made up his mind about something.

You need to call him, text him, or even show up at his place to tell him how sorry you are for ignoring him.

Tell him that you didn’t like it when he ignored you back and you won’t give him the silent treatment ever again.

Only when he sees that you understand your mistake and have apologized profusely for hurting him will your Taurus guy stop ignoring you.

If you are wondering how to make a Taurus man miss you, don’t assume that ignoring him will make him pine over you.

Taureans are usually social and outgoing, but they need time to themselves to recharge and relax, too.

Your Taurus man might relish the opportunity to take some time for himself or to focus on the other people in his life like his friends and family.

He might not even notice you’re ignoring him at all because he’s so busy or because he’s enjoying his alone time.

Your plans to make a Taurus guy miss you or chase you by neglecting him could backfire because he will have plenty of fun by himself.

He Needs Quality Time Together

As much as he enjoys his alone time, a Taurus man needs to spend plenty of quality time with his partner in order to feel loved.

He likes attending parties with his woman on his arm or getting some time to himself to work, but there’s nothing a Taurus guy loves more than snuggling on the couch with a movie, some snacks, and his partner.

If you ignore him for too long and he doesn’t get that quality time with you, instead of feeling pressured to pursue you, he will just feel unloved and neglected.

Some zodiac signs like playing games in romantic relationships, and enjoy the thrill of the chase, but Taurus is not one of those signs.

The typical Taurus man’s communication style is honest and direct, so he hates when other people are passive-aggressive.

If your Taurus guy figures out that you’re ignoring him in an attempt to make him chase you, he will find you manipulative and deceptive rather than sexy and alluring.

While some signs see mind games as a form of flirtation, a Taurus man takes them as an insult to his intelligence and a sign of disrespect.

Also, Taureans have very powerful brains and are quite intelligent, so if they try to beat you at your own mind game, they will probably win.

He Will Move On

Every zodiac sign has a ruling heavenly body that tells us something significant about that sign’s personality and values.

Taurus is guided by Venus, the planet of beauty and love. This means that romantic relationships are more important to a Taurus than most other signs.

A Taurus man is at his best when he is in a fulfilling, happy relationship. If you ignore him for too long, your Taurus guy will find someone else who appreciates and enjoys his attention.

When he stops trying to get you to talk to him, it could be one of the signs that a Taurus man has lost interest in you.

If your Taurus man is acting distant, you need to stop ignoring him immediately. You should also investigate whether or not he has already moved on and started dating someone else.

Don’t ignore a Taurus man too much because he won’t wait around forever. This sweet, romantic sign is in high demand, so he won’t stay single for long.