Should You Ignore Pisces Man to Make Him Chase You? 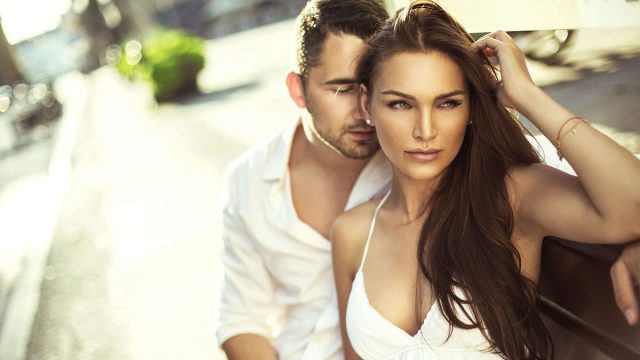 Ignore a Pisces man only for short times and when it is strategically important. If you ignore him for too long, he’ll disappear.

You have to pay close attention to your timing when you step back from a Pisces man.

If you’re wondering how to make a Pisces man chase you, you’ve got to be willing to step back at first. Especially after a breakup. He’ll need breathing room.

Ignoring a Pisces man under certain circumstances can be helpful. It can encourage a Pisces man to change his mind and seek you out again.

Pisces men become deeply attached in relationships. They don’t want to give up on a relationship altogether. Often a breakup is just a way to get perspective.

Ignore Him At First 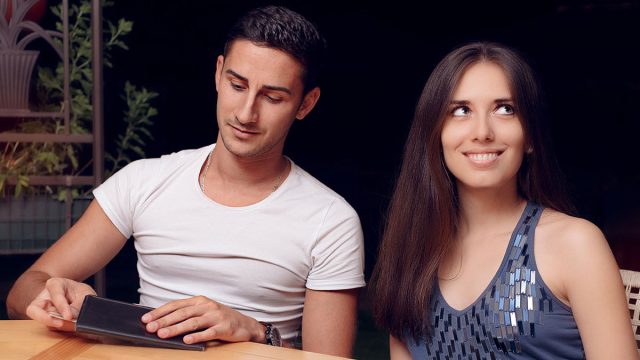 How does a Pisces man test you? Sometimes, a Pisces man will distance himself or even separate from you just to see how you’ll react. He doesn’t always want a complete break up when he says he needs some time away.

Often, a Pisces man really just wants to be reassured that you really are the one for him. When he steps back, even in the form of a breakup, a Pisces man is just trying to see how you react. If you try too hard to chase him, he may be convinced you’re too intense.

If you give him a break initially and then try to work on the relationship, he will be reassured that you aren’t going to overwhelm him. But if you ignore him completely, he may assume you never really cared at all.

Even a Pisces man’s silent treatment can be an indicator he just wants to take a break but doesn’t want to lose you altogether. You can help your Pisces man feel comfortable around you again when you initially give him space.

Just don’t stay silent for too long. If you do, a Pisces man will get the wrong idea altogether. He will think you’ve moved on already or that you were never into him. 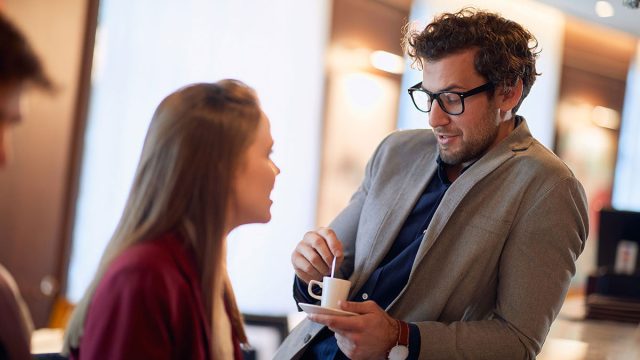 Leaving a Pisces man alone can help him remember how much he misses you and wants you back. But if this strategy doesn’t work after a few days, don’t ignore him for longer than that. Instead, change your strategy.

Instead of ignoring him completely, drop hints that only your Pisces man will understand. You can leave these hints on Facebook or social media, enticing him by making covert references to your past adventures.

You can also drop a few hints about great things happening in your life now. This will help to entice a Pisces man. It will encourage him to move forward and start to reconnect with you.

If a Pisces man starts to respond, continue to take things slow. Don’t get carried away even if you think this is a signal he wants to pick up where you left off.

Instead, continue to drop hints and really get him to chase you. When you’ve seen evidence that he is willing to put effort into the relationship, then you can try to take things to another level.

Remind Him What He’s Missing 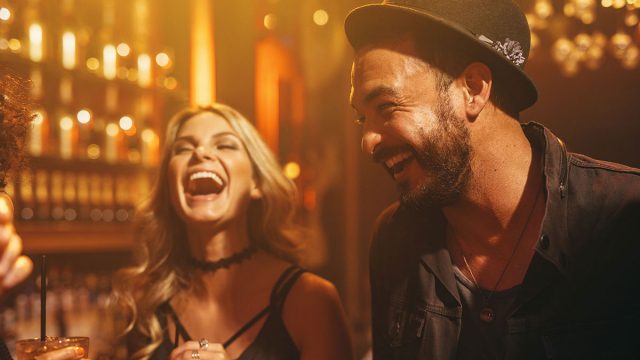 If you want to know how to destroy a Pisces man, make him jealous right after a breakup. But be forewarned, this is not likely to get him to come back around. Usually, a Pisces man who is triggered in this way will shut down.

If you want him back after a breakup, the best thing to do is to remind him of what he is missing but without making him jealous of another guy. When a Pisces man is done with you, this may not work.

Yet often, a Pisces man doesn’t want to really lose you. Once he realizes what he’s missing, Pisces men usually panic. He needs to be reminded of the good times, though. Don’t chase him out of desperation.

Instead, make subtle references to the most fun and enjoyable aspects of your relationship. Post pictures of your past vacations together on social media, for example.

One of the best ways to encourage a Pisces man to miss you is to just give him some space. When a Pisces man has to go through an entire week without you in his life, he’ll notice your absence. He’ll become painfully aware of the ways you improve his life.

If you make a Pisces man miss you, you don’t even have to do anything. Just let him live his life for a few days without you. The hardest thing to do can be stepping back and not intervening.

But if you really want to know how to make a Pisces man miss you like crazy, the best thing you can do is combine reminding him of the good times in a roundabout way by dropping hints about your past online. At the same time, leave him alone for a few days.

He needs to feel what life is like without you. When he does, he’ll realize there are many things he didn’t count on. Most importantly, he’ll realize he didn’t expect to be so lonely. He’ll want to come around after he’s had a few days on his own.

Play On His Emotions 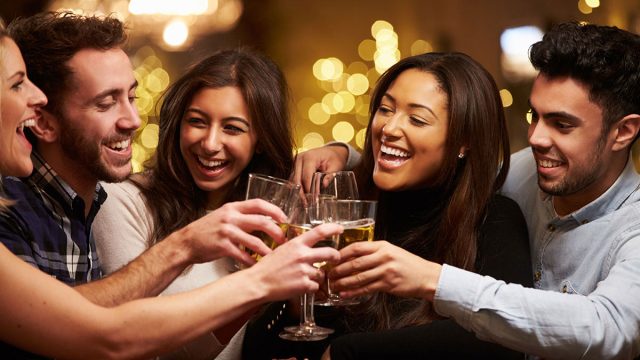 Pisces is one of the most emotional signs in the zodiac. This can be used to your advantage. When a Pisces man breaks up with you, if you try other tactics and nothing is working, play on his emotions.

Always try to focus on positive emotions first. Pisces men really do prefer to share positive feelings than brood in negativity. Yet if rekindling a sense of love and romance doesn’t work, give him some space, then try to play on his other emotions.

In particular, you can strategically ignore a Pisces man after a breakup in order to make him feel guilty. This can motivate him to reconsider the breakup. Generally speaking, this should not be your first move.

Though making a Pisces man feel guilty or playing on his sympathies in a negative way can get results, if you really want him back, this tactic is not always sustainable. You can also play on his desire for humor, optimism and love.

Building him up emotionally after you give him a break for a few days, can help a Pisces man come around. When you do talk to him, keep things light and try to encourage his positive emotions.

Just like positive reinforcement training, your Pisces man will come to associate you with good feelings.

Sometimes, playing on a Pisces man’s emotions can involve saying or doing very little. If you give him a brief silent treatment, his feelings will be triggered. He’ll wonder if you’re ignoring him or why you haven’t responded.

In small doses, this can get his attention and get a Pisces man to miss you and seek your attention more. The key is to not go silent for too long a time period. This will make him think he no longer has a chance with you.

Briefly ignoring a Pisces man after a breakup can compel him to take the risks he needs to take to reach back out to you. His feelings will be triggered because he can’t stand not knowing what’s going on with you.

Give Him Time To React 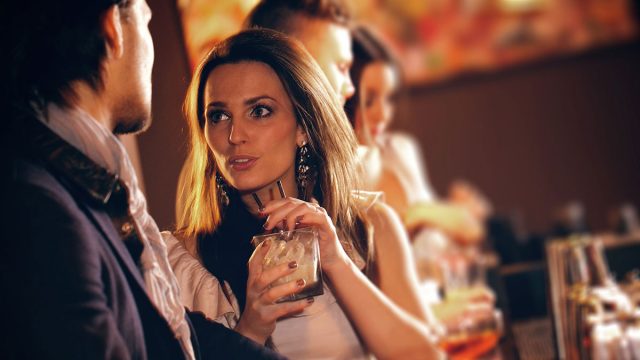 If you want to know how to make a Pisces man chase you after a breakup, you’ve got to give him time to absorb and react to whatever strategies you use. When you tempt him on social media, for example, give him a chance to respond.

When it comes to his more vulnerable emotions, however, Pisces men tend to be more cautious than not. He may drag his feet even though he’s imagining himself reacting and responding to you. He needs time to react so it’s best to be patient.

Tempt Him in Subtle Ways 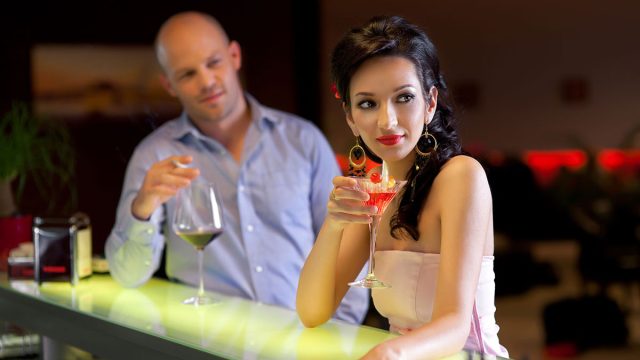 Be subtle with your strategies after a breakup with a Pisces man. If you cause drama and beg him to come back, you’ll definitely turn him off. Though drama and chaos at times in a relationship can be attractive to Pisces, initially he needs to cool off.

Don’t make it too obvious that you’re trying to get him back. He’ll interpret this as putting pressure on him and won’t respond well. Instead, be subtle and leave the hints that will allow him to follow a trail back to you.

A Pisces man needs to feel like he is coming back around on his own volition and not under pressure. The best thing to do is tone down your efforts to contact him. Be friendly and optimistic. But don’t overwhelm him.

This may involve occasionally ignoring him for a few days. When he does text you, don’t text back right away. You’ll seem too eager. Give him indications that you are still interested in him but make these insinuations without being too obvious.

10 Tips to Get a Pisces Man Back After a Breakup10 Ways to Impress a Pisces Man
Hello, I'm Liz