Should You Ignore Libra Man to Make Him Chase You? 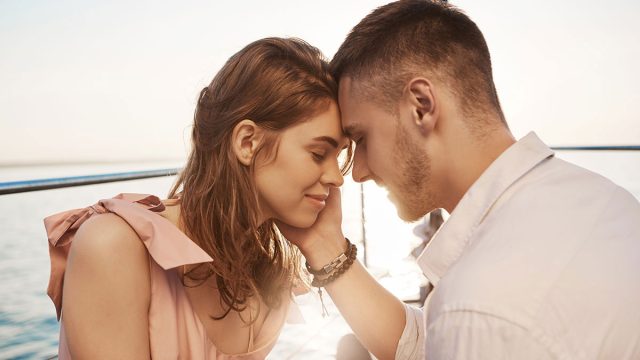 If you’re struggling to grab the attention of a man born under the sign of the scales, you may wonder if you should ignore a Libra man to make him chase you.

Some signs love the thrill of the chase, while others don’t understand it or prefer to couple up quickly.

So, how can you tell if a Libra man is the type who will fight harder for your affection if you ignore him, or will he run in the opposite direction?

By learning more about his zodiac sign’s typical personality traits and dating style, you can determine if ignoring a Libra guy is the best move to make him chase after you.

He Likes the Thrill of the Chase

Although some signs won’t chase a woman who makes them fight for her attention, Libra is not one of those signs.

When a Libra dates or is interested in dating a woman, he doesn’t mind having to chase her a little bit.

He likes knowing that she has a life of her own and isn’t in a rush to jump into a committed relationship.

A Libra man finds independence highly attractive, and having to chase her shows him that she is a woman worth fighting for.

The only thing that will keep a Libra guy from chasing you is if you are clearly interested in someone else. He doesn’t want to start drama with another man or make anybody uncomfortable.

Go ahead and make your Libra guy chase you a little bit, but let him know there aren’t other guys in the picture.

This is the #1 mistake women make with a Libra man...

Play a Little Hard to Get

Some signs hate when the object of their affection plays hard to get. They see it as deceptive or might misread the signs and think their love interest doesn’t like them back.

But a Libra man doesn’t mind a little chase for a woman who plays hard to get. To him, it means she realizes her worth and knows she can be picky when choosing a partner.

He wants to be with someone who chooses him because she really likes him, not just because she is desperate to get into a relationship and he is just the first guy who came along.

Play hard to get with your Libra guy, but not too hard to get. Flirt back a little when he talks to you, but don’t be aggressive or pushy.

Don’t Ignore Him for Too Long

If you are asking yourself, “Why are Libras so attractive, both inside and out?” The answer is because of Libra’s ruling planet.

Each zodiac sign has a governing heavenly body that tells us something specific about that sign’s personality and values. Libra’s ruling planet is Venus, the planet of love and beauty.

This means that Libras are often exceptionally attractive and have a keen eye for aesthetics. They usually dress well, have impeccable grooming, and can be a bit vain and superficial.

Libra is one of the most charming and social of all the zodiac signs, meaning a Libra guy is never single for very long.

Be careful not to ignore your Libra guy too much, otherwise, someone else will come along and catch his eye.

Be Coy, Not Cruel

One of the typical Libra traits is that they are kind. Those born under this sign are compassionate and considerate, and they are drawn to other thoughtful people like them.

Because the Libra personality is so sweet, you have to be careful when playing hard to get that you are coy instead of cruel.

Don’t tease or make fun of him as a form of flirting before you get to know him really well. He might take your jokes as insults and be turned off.

He could think you are sincere in your unkind words, which will either make him self-conscious or cause him to think that you are not a very nice person.

When you ignore him to make him chase you, don’t be rude or mean about it. For example, when he calls to ask you out, don’t laugh and say, “No way,” thinking it will make him pursue you harder.

Instead, tell him that you need to look at your schedule and get back to him. Let him sweat while you pick the day that works best for you before calling him back and setting the date on your terms.

Let Him Know How Busy You Are

One of the best ways to make a Libra guy chase you is to show him that you are interested and want to spend time with him, but your schedule is just too packed.

Libras are typically super social, so the best match for a Libra man is a woman who has a busy and active social life of her own.

A Libra guy can appreciate a lady who fills her days with work, hobbies, and friendships.

He is attracted to independence and since he has such a packed social calendar himself, he understands this in someone else.

It shows him he has to fight for your time and attention, but he’s not necessarily competing with other men, which is the one thing that might scare him off.

Show Him You Are Single

Imagine you are out at a party or a bar and have been flirting with a Libra guy for hours.

You might expect him to ask for your number or make a move by the end of the night, and are disappointed when he doesn’t.

But just because he doesn’t ask you out right away doesn’t mean it’s one of the signs a Libra man is not into you.

He could be trying to figure out if you are single because he doesn’t want to pursue a woman who is already taken for several reasons.

First of all, he doesn’t want to embarrass himself by setting himself up for rejection, particularly in public.

Second, he hates confrontation and causing problems, and he might fear that a jealous boyfriend is lurking just around the corner.

After all, since you’re so magnetic and attractive to him, why wouldn’t he assume that some other lucky man has already snatched you up?

Libras are one of the rare astrology signs that are sympathetic and sensitive to the emotions of others, but they don’t get their own feelings hurt easily.

However, a Libra man is just as sensitive to rejection as any other guy, so you shouldn’t ignore him so much that he feels like you are turning him down.

A Libra guy will fight for you, but his time and efforts are limited. He will push for you at first, but if you make him feel rejected, he will back off.

When you sense that your Libra man is distancing himself, it’s time to stop playing hard to get and show him that you are definitely interested in him and ready to date.

Give Him a Little Space

If you are wondering, “What kind of woman do Libra men like?” The answer is someone who knows how to read his mood and tell when he wants to be cuddled and when he needs some space.

Each zodiac sign has a unique symbol, usually an animal, that tells us something important about that sign’s character and beliefs. Libra is the only zodiac sign with an inanimate object as its symbol.

The symbol for Libra is the scales, which conveys that Libras are all about balance, equilibrium, equality, and justice.

Libras are loving and affectionate, but they also need personal space and time for themselves. As the sign of the scales, Libras are all about balance, even when it comes to physical affection.

If you are playing hard to get with a Libra guy to make him chase you, a good way to do it is to withhold affection. Libras enjoy PDA, but they equally appreciate a woman who is restrained in public.

If you are touchy-feely in private with him, don’t make physical contact in public. If you are flirtatious with your words and facial expressions, don’t touch his arm or hug him.

Your Libra guy will go crazy trying to figure out what your mixed signals mean and he will pursue you harder.

Respond to His Advances

Even when you are ignoring your Libra guy to make him chase you, you need to reciprocate his attention just a little bit to keep him interested.

If you ignore him completely, he will think that you don’t like him. You have to strike the perfect balance between responding to his advances and playing hard to get.

For example, when your Libra guy texts you, you should respond, but maybe wait a few hours before you reply.

If he asks you to go out on Friday, tell him you already have plans and that Saturday works better for you.

You shouldn’t drop everything and center your world around him, but you should make it obvious that you have a busy and fulfilled life without him.

You will drive your Libra man wild and make him chase you if you respond to his advances, but still keep him at arm’s length.

Do Libra Men Cheat More Than Others?10 Tips on How to Keep a Libra Man in a Happy Relationship
Hello, I'm Liz