10 Ways to Hurt a Virgo Man 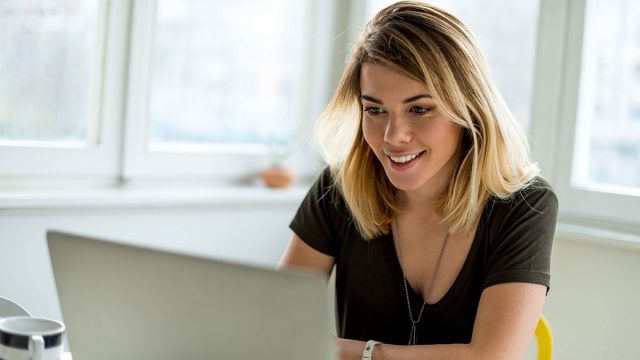 Even a heartbroken Virgo male is likely to suppress his deeper emotions and act casual.

If you want to know how to hurt a Virgo man’s feelings, you’ve got to understand that he’s not like most other men. He won’t respond to typical slights.

If you want to know what happens when you ignore a Virgo man, he won’t be hurt. He’ll assume you’re busy. A Virgo man rationalizes everything so it’s harder to hurt his feelings.

If you ignore a Virgo man he won’t take it personally. Yet if you disappoint him or harm his reputation, a Virgo’s hurt feelings will show.

If you want to know how to hurt a Virgo man, the best thing you can do is betray his trust. He puts so much effort and caution into trusting you that betrayal will hurt on several levels.

First, he will be hurt because of the specific betrayal. In addition, though, he’ll be devastated because your ability to hurt him shows that you outwitted his defenses.

The vulnerability a Virgo man will feel will ultimately be as upsetting as the actual offense. He is going to be hurt just as much because he was made a fool of and because his protective boundaries were penetrated.

If you want to know how to manipulate a Virgo man in a way that will have a lasting effect, betray him. He’ll be scarred by the impact of your ability to undermine his trust.

If you embarrass him by making him look bad in public, he will see this as unforgivable. This is only a step to take if you really want to hurt him and end the relationship for good.

This can be a line from which he doesn’t return, so only do this if you’re ready to see him leave for good. A Virgo man prides himself in being a perfectionist.

When you call him out publicly or point out his flaws, he will see this as humiliating and devastating. A Virgo man will be hurt if you do this, but he won’t fight to get you back.

If you want to know how to hurt a Virgo man, you need to understand how important his intelligence and mind is to his identity. His ego isn’t inflated but it is intertwined with his sense of intelligence.

When you doubt his intelligence or even try to convince him to doubt his own intelligence, a Virgo man will be hurt. He’ll feel shut down and disempowered.

You can show you doubt a Virgo man’s intelligence by questioning information he shares with you or by constantly contradicting him. You may try to challenge his information with data you’ve found.

You may also try to outsmart him or outwit him. Instead of trying to learn from him, knock down any information he shares with you. If you make him feel unintelligent, a Virgo man will be as hurt as if you personally insulted him.

Discover the secret desires of a Virgo man. Watch this short video.

If you want to know how to make a Virgo man chase you, be consistent but also avoid drama. At the same time, if you really want to hurt a Virgo man, upset his sense of stasis.

Do what you can to create friction by challenging his sense of stability. The more you disrupt his schedules, routines and agenda, the more chaos you’ll bring. Bring upheaval into his life and a Virgo man will feel shattered.

He needs security and stability in order to feel safe. If you really want to hurt a Virgo man, you’ll try to shake down his sense of stability and security.

5. Flirt with Other Guys

If you want to know how to make a Virgo man feel guilty, know that this is going to be a challenge. He has a strong sense of responsibility but is good at separating his obligations from his feelings.

Yet one way you can hurt a Virgo guy and trigger his emotional reaction is to flirt with other guys. This is not going to help you repair a relationship. He won’t forgive you for this.

A Virgo man doesn’t want to fight for a relationship. When you want to get a Virgo man back, you’ll need to be sure you don’t cross certain lines. One of these lines has to do with boundaries and infidelity.

If you show interest in other men, a Virgo man will not tolerate this behavior. You’ll hurt him, but you’ll also ruin your chances of a relationship in the future.

Another way to hurt a Virgo man is to make him feel unimportant. This will really hit him where it hurts. He loves to feel like he can be of service to you.

When you make him feel like nothing he does for you is important, you’ll hurt his ego. His feelings will be hurt but he’ll try to keep his feelings suppressed. Instead he’s going to focus on his role in your life.

Make him feel like he has nothing to contribute and he’ll feel abandoned. Do everything for yourself. Don’t elicit his help and leave him out of your decisions.

Though a Virgo man doesn’t need praise and recognition, he does look for gratitude. He’s always willing to help and loves to do things to make your life better.

Yet a great way to harm a Virgo man is to be ungrateful. Show him that you are indifferent to his efforts or criticize him in spite of all he does for you.

This will make him question the role he plays in your life. He’ll also try harder to make you happy. This alone will hurt him but may not turn him off completely.

Over time, though, a Virgo man who is perpetually shot down when he tries to do good things for you, he will start to give up and lose interest. He’ll start to feel like he’s fighting a losing battle.

Another way to make a Virgo man feel unimportant and to hurt his feelings is to ignore his advice. He fears being irrelevant and unneeded. When you don’t take his advice, he’ll feel devalued.

Don’t take this technique lightly. He may withdraw from the relationship altogether if he’s led to feel this way. Yet it is a powerful way to undermine him and make him feel unwanted in the relationship.

One of the biggest pet peeves a Virgo man has is that his sought after advice will be ignored. He will feel bad about himself and will feel rejected if you ask his advice and then ignore it.

If you want to hurt a Virgo man, refuse his help. Don’t let him take an active role in trying to protect, nurture or assist you. These are all the most important aspects of his personality.

When you cut him out of opportunities to help you, you may be distancing yourself from him but in his mind it is a personal rejection. It’s like his skills and strengths are being dismissed.

A Virgo man won’t feel good about himself if he has the potential to be helpful but is not able to. If you find ways to block his efforts or make it harder for him to play an instrumental role in your life, he’ll be hurt.

Text your Virgo ex-boyfriend to make him come back to you.

10. Compare Him to Other People

Another key way to hurt a Virgo man’s feelings is to compare him to other people. Not when it comes to superficial things like appearance. He’s too mature to care about that.

What he does care about is his intellectual skill and high standards for personal perfection. He’s always trying to be his personal best. He wants to be acknowledged as pure and an idealist.

If he shows the best of his skills and strengths and in return you compare him to someone else who did “better” you can really hurt a Virgo man. He will feel personally insulted.

At the same time, when he’s alone, he’ll second guess himself and wonder if you were right. He’ll doubt himself. This is a result of the damage to his personality and ego that you have instilled.

Should You Ignore Virgo Man to Make Him Chase You?How Do You Mentally Stimulate a Virgo Man?
Hello, I'm Liz