10 Ways to Hurt a Scorpio Man 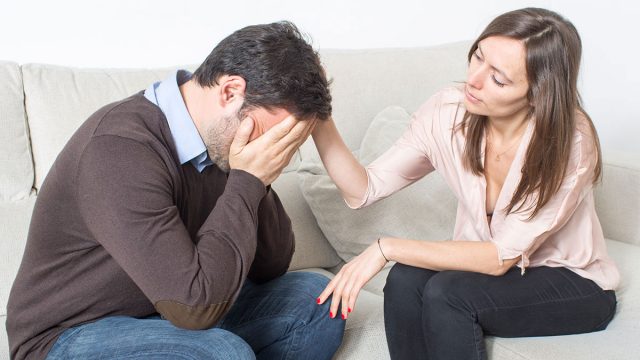 Hurting a Scorpio man is easier than you think. He’s hypersensitive and doesn’t like to show it.

You may end up hurting a Scorpio man without realizing it. If this happens, watch out. He may shut down completely.

When a Scorpio man is done with you, you may wonder how to get back at him. Be forewarned, getting revenge may cost you a future with him.

He’s unforgiving. When he gives you a Scorpio man silent treatment, it may provoke your rage. If you want to hurt a Scorpio man, there are a few ways to push his buttons.

If you know how to deal with a Scorpio man after a fight, you can salvage the relationship. It depends on how bad you’ve hurt him and whether it was intentional. 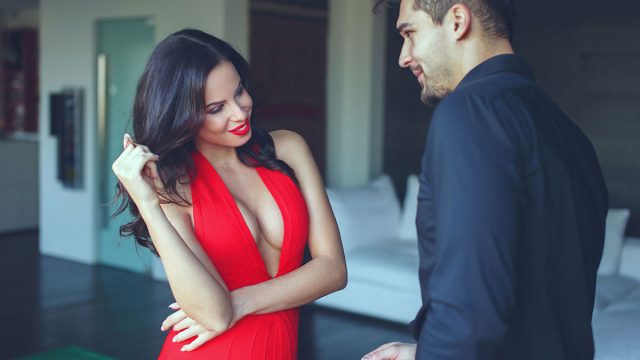 If you’re wondering how to deal with a Scorpio man after a fight, the best thing to do is try to soften his rough edges and create harmony. But if you really want to hurt him, mess with his mind.

Play mind games with a Scorpio man, but do so at your own risk. Scorpio men are champion mental manipulators. They know every deception inside and out.

If he doesn’t figure you out, you can do some real damage by playing on his insecurities and betraying him. Yet if he does catch on to your games, he will not only be hurt but will never forgive you.

You’ll lose all chance with him in the future. Not only that, you’ll make an enemy for life. Think carefully before you stir this hornet’s nest. Playing with a Scorpio man’s mind can be detrimental. 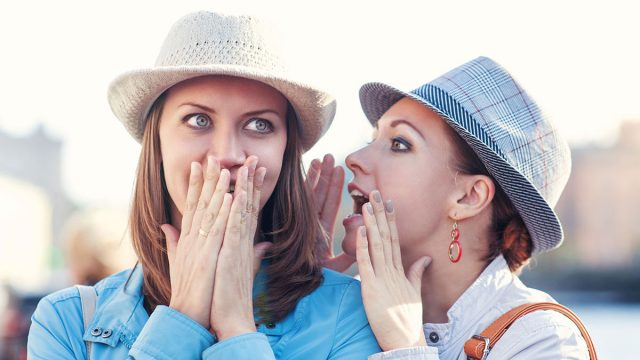 Leaving a Scorpio man alone won’t hurt his feelings. He’s used to being introverted and brooding for long periods of time. If you really want to hurt a Scorpio man and ensure he never trusts you again, reveal his secrets.

By the time you’ve gotten to know him, he will eventually let his guard down at least to some degree. When he does, he’ll tell you personal details about his life. The confusing thing about Scorpio men is that they have different “levels” of secrets.

You may share a seemingly harmless bit of information about a Scorpio man and find he becomes infuriated. Unbeknownst to you, that small trivial detail was, in his mind, a major secret. Without knowing it, you betrayed his trust.

This happens frequently with Scorpio men and so they can become hurt because they weren’t clear about what they wanted you to keep secret. A safe rule of thumb is to assume anything a Scorpio man says is for your ears only.

Yet if you really want to shake his foundation and hurt his feelings, you can use his sensitivity to private information against him. You can reveal his deeper secrets in particular and this will devastate him. 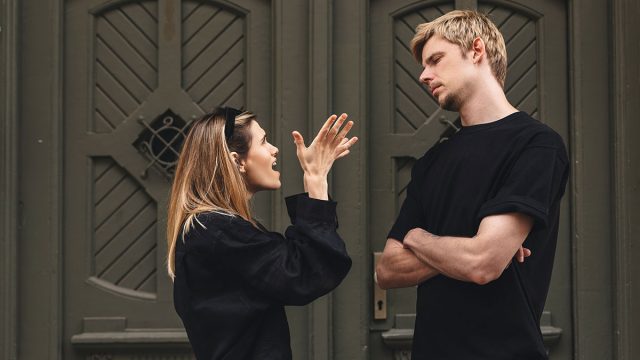 Ignoring a Scorpio man won’t give him a hint when you’re mad at him. He’ll assume that like him, you just needed space. If you want to send a message loud and clear and hurt him in the process, harm his reputation.

Scorpio men love power and prestige. They work hard to portray a certain image. If you damage his reputation he’ll be deeply hurt and troubled. You can do this in a few ways.

Sometimes, spreading a scandal will embarrass him and therefore hurt his feelings. But you don’t always need to work too hard to harm his reputation. Think of what he values most.

Scorpio men pride themselves in appearing dangerous, edgy, strong and mysterious. When you reveal that he’s really vulnerable, that he isn’t as tough as he acts or that he has a prominent weakness, you’ll undermine him.

You’ll damage the reputation he’s worked so hard to convey and this will hurt him on a deep level. A Scorpio man can become enraged if you do this so make sure it is worth your while.

4. Gossip About Him At Work 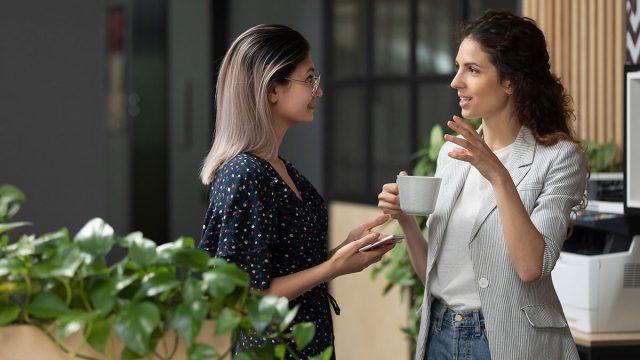 If you see signs that a Scorpio man is playing you, you may want to seek revenge. If your Scorpio man is a colleague, gossip about him to your coworkers.

This harms his reputation in a very specific way that hits him where it hurts most. Scorpios are ambitious. They work hard to create a foundation in their career. They dream of climbing the ladder.

When you play games with his career and professional reputation, you’re targeting a specific vulnerability, and this will devastate a Scorpio man. Be sure to keep yourself clear of criticism if you do this, he’ll try to push back.

If he has information- or photos- that could be detrimental to your professional future, then you may want to avoid triggering his anger. Hurting a Scorpio man will always unleash his fury.

5. Embarrass Him On Social Media 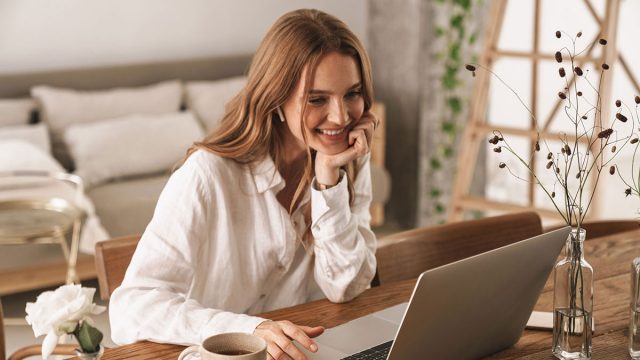 If you don’t text a Scorpio man to say a word to him directly, you can still do some damage. Fulfill one of his worst fears. Embarrass him on social media.

This is the modern equivalent of throwing your drink in his face in a crowded, classy restaurant and storming out. Yet instead of making you look dramatic, doing this will only bring out the worst in him.

If you really want to hurt a Scorpio man regardless of the consequences, post or comment with something that is sure to embarrass him. If you don’t want to destroy your relationship, however, avoid doing this.

If you aren’t ready to send him packing and ensure he’ll never speak to you again because you’ve upset him, be careful about what you post. Especially when it comes to private information.

6. Flirt With His Friends 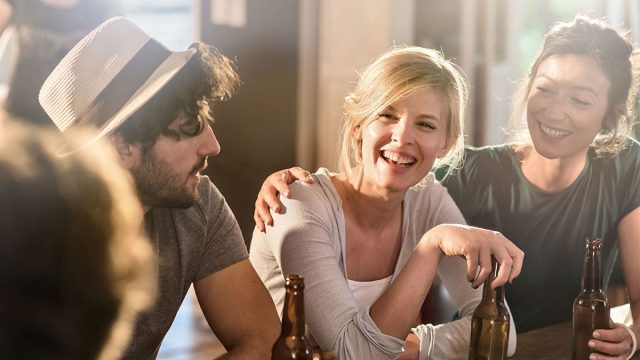 If a Scorpio man misses you, he will never show it if you commit this ultimate act of betrayal. If you flirt with his friends, a Scorpio man will be hurt.

He’ll disguise it and bury his hurt feelings in a torrent of anger. He may seek revenge and will use what he knows about you to destroy your reputation.

Playing with the emotions of a Scorpio man can be a dangerous game. Yet if you are really intent on hurting him, there is no better way than by provoking his jealousy. 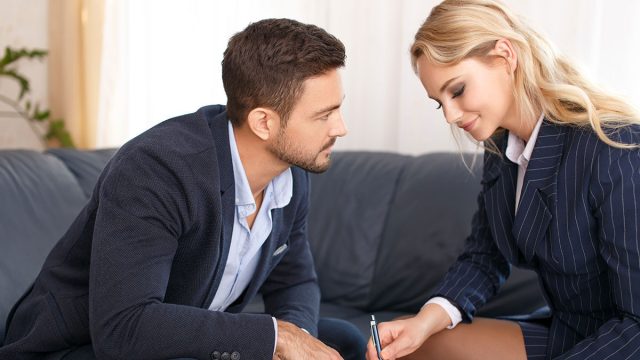 Sometimes you may want to hurt a Scorpio man to get a point across without throwing away all future hopes of a relationship in the process. If this is the case, be subtle.

Rather than going to extremes to betray him, take a few jabs at his pride. Scorpio men see themselves as in control, powerful and authority figures.

If you innocently question or second guess a Scorpio man, it will hurt him. It also annoys him, but his frustration covers the deeper pain he feels when you play this game.

When you question his authority or directly undermine his power in any way, you send the message that you don’t see him as being smart or credible. This is a slap in the face to him.

8. Get The Last Laugh 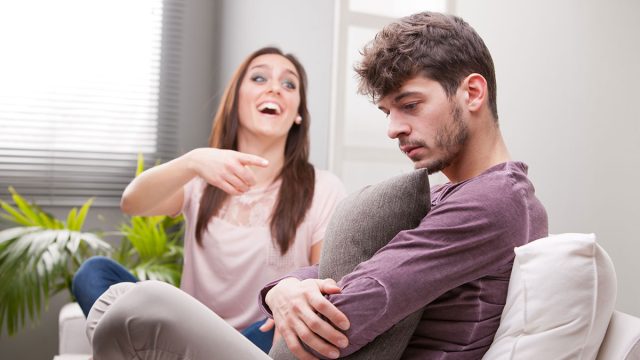 When you see signs that a Scorpio man has feelings for you, you may feel like the center of the universe. Scorpio men are good at putting women on a pedestal. Yet this place of admiration is a long way to fall from.

When he suddenly stops paying attention to you or goes cold, it can feel like the ground has dropped out from under your feet. When he goes from love-bombing to silence, you may be hurt.

If you want to get back at him and hurt a Scorpio man, make sure you get the last laugh. If he’s betrayed you and you seek to betray him, go for a higher goal. Scorpio men are image and status conscious.

So if he cheats on you, seek out the attention of someone who has higher status, makes more money or seems to have more power. This way, he may have made a fool of you but you get the last laugh.

9. Beat Him At His Own Game 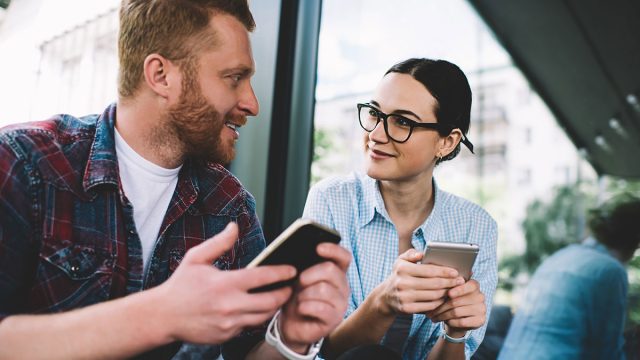 This tactic works but is not advisable unless you have a lot of time and energy to spend calculating small details of your strategy. You’ve got to wake up very early in the morning to beat a Scorpio man at his own game.

If you really think it’s worth it and you have the ambition, this is the best way to hurt him. It also comes with the highest risk and takes the most energy.

Showing a Scorpio man a taste of his own medicine is tough because he is so adept at manipulation. He can use his intuition to discover what people really want and will either help or betray them in the process.

To beat him at his own game, you’ve got to work through the riddles he gives and figure out his clues. You’ve got to be savvy enough to discover what he really desires. He keeps this hidden.

Once you’ve uncovered his secret desires and fears, manipulating him becomes a whole other battle. He won’t trust others enough to be vulnerable, so it takes a long time to con a Scorpio man. 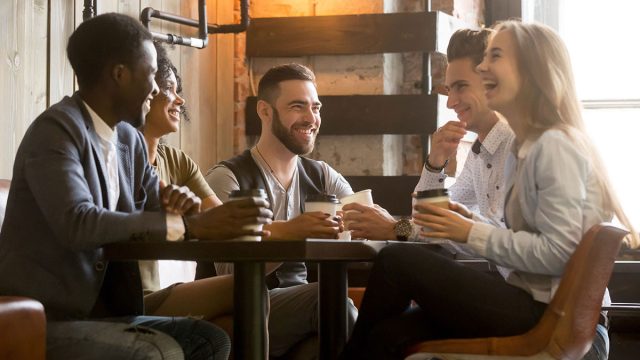 If you’ve miraculously found your way through his many defenses and have learned what your Scorpio man fears most, you can use this information. This can hurt a Scorpio man.

When you share his fears with others or do something to provoke the very scenario he dreads, you can destroy a Scorpio man’s trust in you because it will hurt him. He tries to act like he’s made of steel.

When you expose him for the vulnerable human that he is, you will provoke his softer, intense feelings and hurt him. Especially if you publicly expose his fears.

10 Tips to Get a Scorpio Man Back After a BreakupShould You Ignore Scorpio Man to Make Him Chase You?
Hello, I'm Liz