10 Ways to Hurt a Sagittarius Man 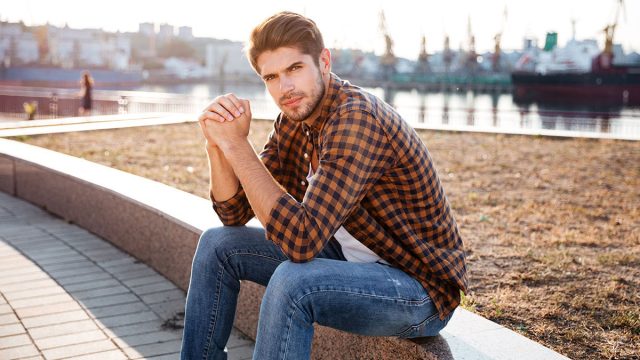 Just be forewarned, hurting a Sagittarius man intentionally or even accidentally, could cost you the relationship.

Though he tries to explain away any miscommunications or mistakes, a Sagittarius man will be hurt if you do specific things that challenge his integrity. If you really want to see the bad side of a Sagittarius man, intentionally offend him.

He’ll be even more hurt if you offend people he cares about. Yet if you want to hurt a Sagittarius man, push the boundaries of what he considers moral or ethical. This will confuse and offend him.

But be warned, retaliation may cost you the relationship. One of the best ways you can get even is to be dishonest. When you lie to a Sagittarius man, he won’t be likely to catch on at first. He’s likely to think the best of you and assume it was just a misunderstanding.

When you lie to a Sagittarius man consistently or in a way that is so dramatic he won’t be able to deny or minimize it, he will be deeply hurt. He’ll be hurt that you lied to him, yet he’ll also be hurt because he fell for another illusion. He’ll be disappointed in himself for lack of discretion.

Do Sagittarius men feel bad when they hurt someone? The answer is usually yes. The problem is, they don’t usually understand that they’ve hurt your feelings right away. By the time a Sagittarius man realizes he’s upset you, you may be furious with him.

This may lead you to try to retaliate by telling him a significant lie that will shatter his trust in you. If you go this route, you’ll definitely hurt a Sagittarius man’s feelings. He’ll never trust you again, but you’ll have the satisfaction of knowing you hurt his feelings, if that’s what you want.

Lead him to believe in your intentions, and then misguide him. Deceive him by projecting a whole different identity or set of interests. It’s a Sagittarius man’s worst nightmare to think he knows someone only to discover he doesn’t know their full personality.

If you make a Sagittarius man question whether you’ve been lying the whole time, or make him second guess everything he thought he knew about you, he’ll be deeply unsettled. He will feel hurt because you deceived him and he allowed himself to trust you in the first place.

Sagittarius men can seem unreliable because they run hot and cold. What happens when you ignore a Sagittarius man? He won’t likely react at all. He may hardly even notice at first. But if you are consistently unreliable, a Sagittarius man will wonder what he’s done wrong.

He may feel confused about where he stands in your life, questioning where the relationship is headed. A Sagittarius man who doesn’t feel like you’re being loyal and faithful will become insecure in the relationship. This is significant because Sagittarius is usually the most confident and independent sign.

When you undermine his confidence by being unreliable and inconsistent, it takes a dramatic toll on his sense of self and security. You can do a lot of damage to a Sagittarius man by shattering his assumptions regarding how reliable you are.

Of course, there are more direct ways to hurt a Sagittarius man and undermine his confidence. When you criticize a Sagittarius guy once or twice, he will stand his ground and push back, arguing his point. Sagittarius loves a good debate. Yet if you constantly criticize him, he’ll feel worn down and hurt.

When a Sagittarius man goes quiet, you may want to pursue him. Let a Sagittarius man chase you. Don’t let him think he has you wrapped around his finger. Be hard to please. If you want to hurt him, criticize everything he says and does.

This will hurt his feelings and will very likely make him not want to spend time with you, so only do this if you really want to hurt him without expectations of a future relationship.

There is a fine line between playing hard to get with a Sagittarius and getting his interest and going too far. If you become critical of him, he’ll be hurt but he will also have no problem walking away from you.

5. Accuse Him of Superficiality

If you want to hurt a Sagittarius man, insult his integrity. He prides himself on his depth and thoughtfulness. He sees himself as a wise philosopher and enlightened person. If you want to get under his skin, accuse him of being superficial.

This will strike a cord with a Sagittarius man. He’ll feel deeply hurt that you see him in this way. He may be deeply offended by any accusation that he’s not seeing the bigger picture or does not have depth and insight. He may step back and examine his behaviors and attitudes.

A Sagittarius man who starts to second guess his wisdom and depth will become insecure. You’ll hurt his feelings if you suggest he is superficial because he despises people who lack deeper understanding and insight. This is the ultimate insult for a Sagittarius man.

6. Call Him a Follower

On a similar note, it is greatly insulting to a Sagittarius man to be called a follower. He prides himself on being a leader and visionary. If you call him a poser or a follower and worse still, if you pinpoint specific examples of him being influenced by others, he’ll be deeply offended.

He sees himself as the inspirer and influencer who uplifts others. If you suggest he is not original and is not the thoughtful guru he imagines himself to be, he’ll be hurt. If you have specific examples to back up this accusation, it will make him take note.

If you simply call him a follower, he may pretend to ignore you, but he’ll actually be deeply hurt by the insult. He will act confident and tough to your face but when he’s alone, he’ll wonder if what you said is true. This will cause his anxiety to spike and he may come to doubt himself.

Sagittarius men are optimists. They assume that what others tell them is the truth. They also assume that there is no reason to doubt your intentions. If you purposely mislead him, a Sagittarius man will be deeply hurt.

He likes to only focus on the positive, and when you mislead him, a Sagittarius man will go through a traumatic bout of cognitive dissonance. He will have great difficulty trying to grasp how you could mislead him and break his trust.

When you see signs a Sagittarius man is in love with you, you’ll know that misleading him will have an even more dramatic effect. If he’s already emotionally invested in you, it will hit him hard to find that you haven’t been completely honest with him about your intentions.

If you see signs a Sagittarius man is playing you, this can be a good strategy to use to get even with him. If you can persuade a Sagittarius man to trust in you and mislead him, catching him off guard can make him feel insecure and vulnerable.

If you want to make a Sagittarius man miss you, you have to know how to get his attention without insulting him. But if you really want to hurt his feelings, this is the strategy to use. When you criticize his culture, you are insulting him as an individual.

A Sagittarius man takes great pride in his traditions and is sensitive to the value of culture and religious beliefs, even for those who follow different beliefs. If you act intolerant or demeaning, he will be hurt by your words or actions.

Another way to hurt a Sagittarius man is to insult or hurt his friends. He cares more about the plight of his vast social network than he does about himself. If you are unkind to the people he cares about, he will see it as a personal attack.

He has great empathy for his friends and will be hurt if you attack them or act passive-aggressive toward them. Yet he will also go on the defensive and may drop all communication with you.

If it’s worth it to hurt his feelings, this is one of the most damaging steps you can take. Just don’t expect him to forgive you after the damage is done. Sagittarius men care deeply about their friends, and that is why the insult hurts so deeply.

This is the #1 mistake women make with a Sagittarius man...

Sagittarius men pride themselves on their intelligence and do all they can to further their studies, even outside the academic sphere. When you question a Sagittarius man’s credentials or suggest he doesn’t know what he’s talking about because he has not studied enough, you’ll hurt his feelings.

Question a Sagittarius man’s education level if you want to hurt his feelings and stir up his insecurities. He will start to doubt himself and second guess his own abilities. If you say insulting things about the school he went to or about him not having a college degree, he’ll be deeply hurt.

A Sagittarius man will also be hurt if you suggest that topics he’s studied are fraudulent or not credible. If you find data or facts to counter his position in an argument, he may see it as a friendly debate. But if you outright insist that he is following false logic or unsubstantiated theories.